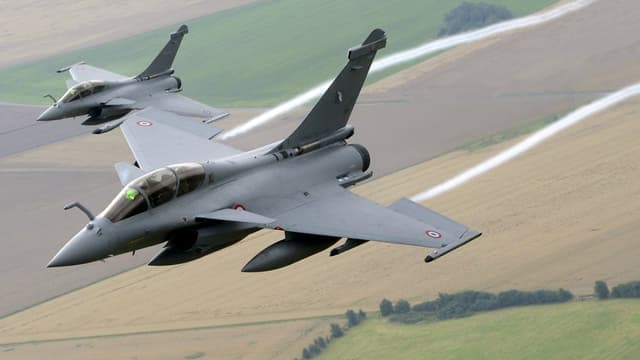 With 11% of world arms exports, the country has almost doubled its weight in the world trade in military equipment, mainly thanks to Rafale sales.

European rearmament does not date from February and the Ukrainian invasion by Russia. It has been a few years since the old continent changed its military dimension. This is illustrated by the report by the Stockholm International Peace Research Institute (Sipri), which measures developments in the world arms market, relayed by Le Figaro.

According to the institute, Europe is the region of the world that has increased its arms imports the most between 2017 and 2021. In a global context where major arms transfers have decreased by 4.6% over the period compared to compared to 2012-2016, European states increased their imports by 19%.

The largest arms importers in Europe over the period were the United Kingdom, Norway and the Netherlands. Other European states are also expected to significantly increase their arms imports over the next decade, having recently placed large orders for major weapons, in particular combat aircraft from the United States, recalls the Sipri .

“The severe deterioration of relations between most European states and Russia has been an important driver of the growth of European arms imports, especially for states that cannot meet all their needs through their industries. national armaments”, points out Pieter D. Wezeman, principal researcher at Sipri.

In this landscape, France seems to be holding its own. Although the country is not one of the largest importers, it is on the other hand a leading exporter at world level.

But since France is the country that has experienced the strongest growth among the major arms exporting countries.

France’s performance is mainly explained by sales of the Rafale fighter to many countries over the past few years. Purchases from Egypt, Qatar and India alone represent 56% of French arms exports over the period. And the Sipri does not take into account sales to the United Arab Emirates or even those to Indonesia which had not been finalized at the time of the report.