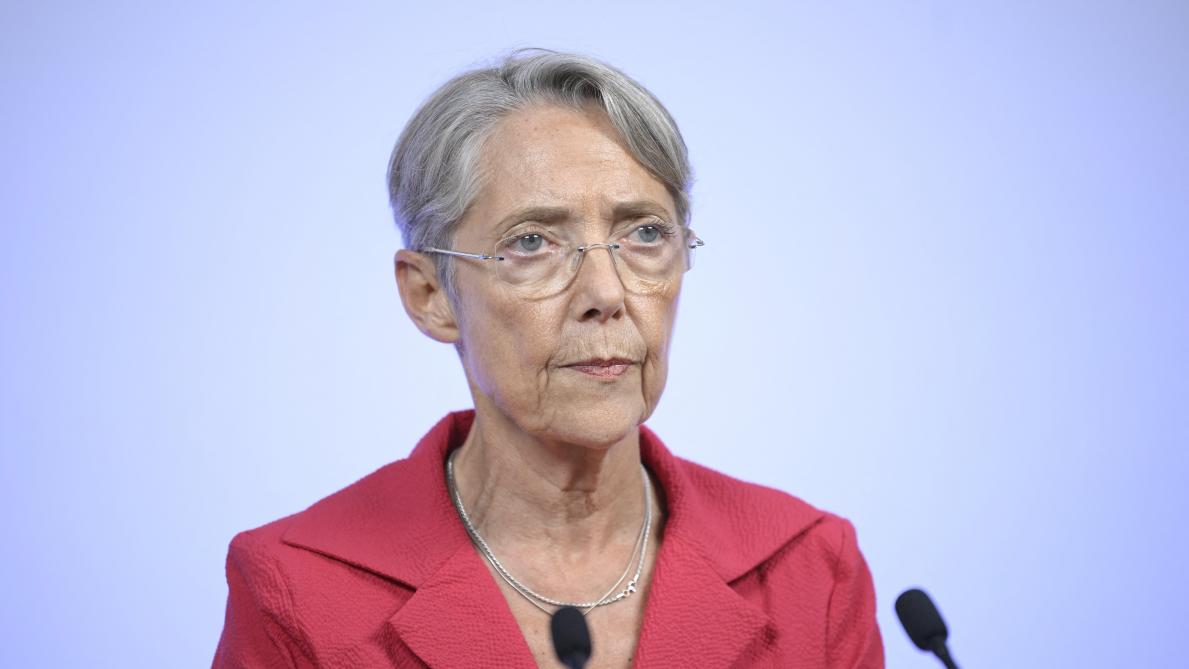 France: Elisabeth Borne reappointed as Prime Minister … for the moment

In the process, the entourage of Ms. Borne announced to AFP that she will bring together the entire government in Matignon at the start of the afternoon. Among the ministers expected rue de Varenne will include Amélie de Montchalin (Ecological Transition), Brigitte Bourguignon (Health) and Justine Benin (Sea), all three beaten on Sunday in the second round and who will therefore have to resign.

Macron on the move

“The Prime Minister pleaded to stay in order to have the tools to deal with the situation and the emergencies of the French”, explained those around him. “There are many decrees to be taken in the days to come, including the revaluation of the index points, the second phase of Parcoursup… we cannot afford to have a government that does not manage this. »

But a sign that it is indeed the Head of State who remains in charge, the Elysée recalled in its press release that it is he who “will carry out the necessary political consultations by receiving the party leaders likely to have a group in the National Assembly in order to identify possible constructive solutions in the service of the French people”.

Faced with the risk of impasse in the Assembly and the specter of an ungovernable country, six party leaders will be received successively at the Elysée: Christian Jacob (LR) led the way, arriving shortly before 10 a.m. He will be followed by Olivier Faure (PS) at 11 a.m., François Bayrou (Modem) at 2 p.m., Stanislas Guerini (LREM) at 3 p.m., Marine Le Pen (RN) at 5.30 p.m. and Fabien Roussel (PCF) at 6.30 p.m., before others Wednesday as EELV party leader Julien Bayou. At LFI, Jean-Luc Mélenchon will not move. It is the number two Adrien Quatennens and the deputy Mathilde Panot who will meet the head of state.

Olivier Faure has let it be known that he will tell the Head of State that “this country is in bad shape, is angry, but that it is not blocked, and that there are possible policies”.

Adrien Quatennens will “suggest to Emmanuel Macron a Constituent Assembly to move to the Sixth Republic” given the “deep political crisis” in which France now finds itself.

LFI and RN want the departure of Borne

Narrowly re-elected on Sunday in Calvados, Elisabeth Borne, who will not be present at interviews with political parties, was weakened by the electoral slap received on Sunday.

Adrien Quatennens and several other LFI officials demanded the resignation of the head of government, appointed on May 16. The acting president of RN Jordan Bardella also felt that she had to “give up her apron”.

Mathilde Panot has already announced “a motion of censure” against the government, believing that, unlike the last five years, “Parliament will not be composed only of Playmobils”.

The LFI deputies arrived in groups on Tuesday morning at the Assembly, the ecologists of EELV and the parliamentarians of the PS must do the same during the day.

With 245 deputies, the macronists of Together! are far from the absolute majority, set at 289 seats out of 577. They are ahead of the Nupes, which will have at least 150 representatives in the hemicycle, according to an updated count carried out by AFP which includes the deputies from Overseas, but without prejudging the choice of socialist dissidents and several elected officials on the left.

Then comes the National Rally, which achieves a historic breakthrough (89 seats), then the Republicans (61).

If no one in macronie publicly questions the head of government – ​​and therefore of the majority – many LR political leaders, including their presidential candidate Valérie Pécresse, have also called on Emmanuel Macron to “take into account the result of these elections” by changing “political line, Prime Minister and government”.

“We are and we will remain in opposition”

How to imagine an agreement between the right-wing party and La République en Marche and its allies? “We are and we will remain in the opposition: there will be no pact or coalition with Emmanuel Macron”, repeated again on Monday the boss of the Republicans Christian Jacob in an attempt to exercise authority over his party, which appeared divided on the question. , like Jean-François Copé. A political bureau of LR must also meet on Tuesday at the end of the afternoon.

In the meantime, the Nupes experienced a first failure: by proposing to build a single parliamentary group in order to appear as the first opposition to Emmanuel Macron, Jean-Luc Mélenchon received a dry dismissal from his partners .