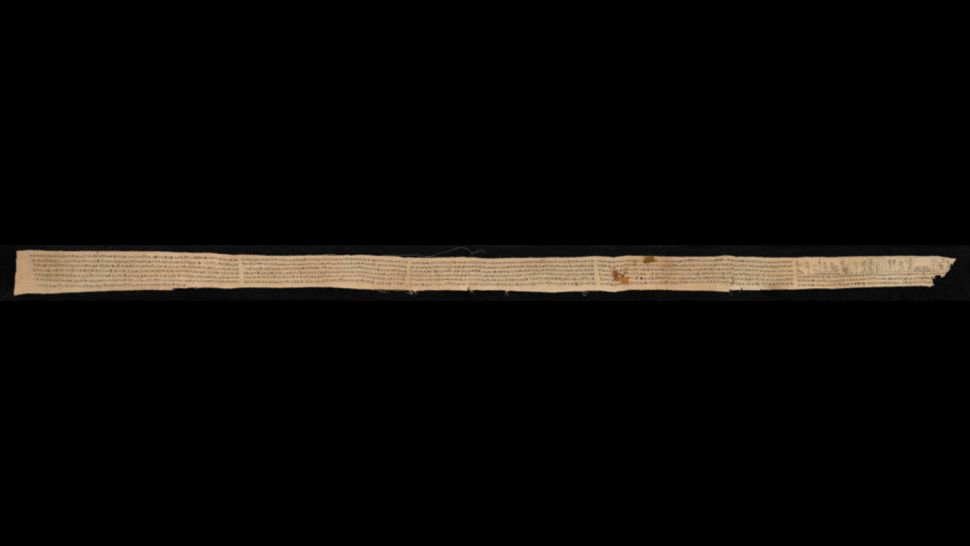 A fragment of the so-called “Book of the Dead”, which is found in a university museum in New Zealand, fit perfectly with another one kept in an American institute.

According to Live Science, you two fragments were gathered after a digital image of one of them was cataloged in an online database by the Teece Museum of Classical Antiquities, University of Canterbury, in New Zealand.

Historians at the Getty Research Institute in Los Angeles saw this image and quickly realized that they had in their possession a fragment that, like a puzzle, would fit perfectly in the New Zealand segment.

“There is a small gap between the two fragments, however, both the scene represented and the spell make sense and the text nailed it,” Alison Griffith, an Egyptian art expert and associate professor at New Zealand university, said in a statement.

In both fragments you can see not only the hieratic writing system, but also hieroglyphs that represent scenes and spells from the “Book of the Dead”, an ancient Egyptian manuscript thought to guide the deceased into the afterlife.

“It’s difficult to write in this material. It takes a feather and a steady hand, this person has done an amazing job,” said Griffith, referring to the fragment of flax kept in Canterbury.

According to the same specialist, the New Zealand fragment came into the hands of Charles Augustus Murray, who was British consul general in Egypt from 1846 to 1853 and later became part of the collection of Sir Thomas Phillips, a high official of the British civil service. It wasn’t until 1972 that it was bought in the name of his university in a sale organized by auction house Sotheby’s.

Now, how did the two fragments separate, that it’s still a mystery to resolve.

Earlier this year, Egyptian archaeologists also found, in Sakara, a copy of Chapter 17 of the same book in a tomb area near the pyramid of Pharaoh Teti.