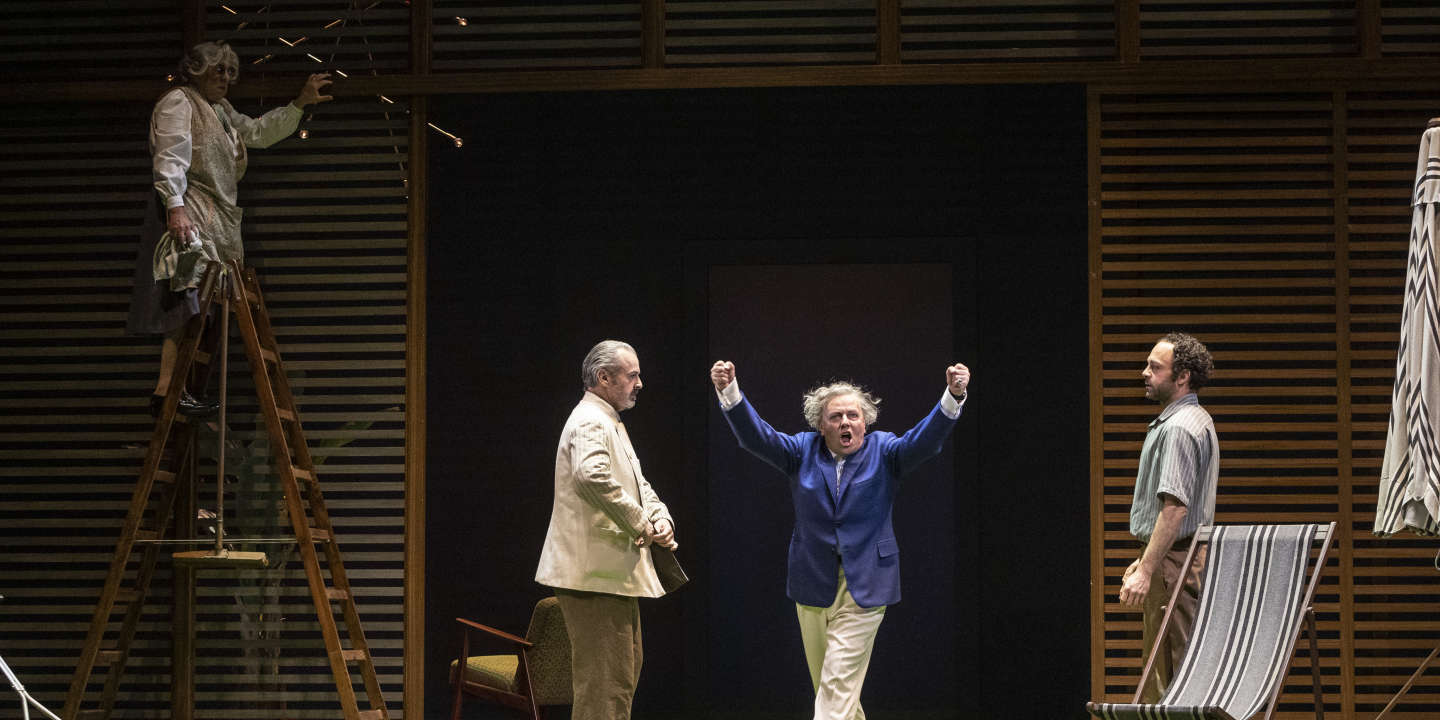 Four Molière and a big night: in this month of April, the programming of the Comédie-Française looks like a festival. The troupe celebrates and observes its “Boss” from every angle. At the Vieux-Colombier theatre, Sébastien Pouderoux and Stéphane Varupenne update The Ridiculous Precious. At the Studio, Pierre-Louis Calixte delivers an intimate portrait through Moliere-material(s)while Gilles David, Didier Sandre and Michel Vuillermoz claim We will never be Alceste. Salle Richelieu, Laurent Stocker brings Harpagon to the zenith; it is to him that we owe the big night, with The Miser, transposed to Switzerland by director Lilo Baur.

To make Molière travel, in space and time, belongs to the tradition, at each renewed era. At the Vieux Colombier, The Ridiculous Precious are two young girls of today, cousins, in Paris. They lived in the provinces where they were mortally bored, they dreamed of being where everything happens, especially on the cultural level, and here they are in their apartment, under construction and tinkered with: old carpets, piles of books on the floor, a menu of tenderness above a glass volleyball basket… Ideal for satisfying their passion for fashion and painting, which they imagine practicing by sticking a made-up face on a piece of paper. “I did not buy you an apartment so that you could make it a place of artistic debauchery”scolds the father, with whom they communicate by intercom.

To make Molière travel, in space and time, belongs to the tradition, at each renewed era

The cousins ​​giggle, for them it’s « O. K. ». Because we do not speak Molière, or very little, at the Vieux-Colombier. We speak in relaxed French, we play the drums, we dance, we get excited. Sébastien Pouderoux and Stéphane Varupenne, the two excellent actors who sign the adaptation and the staging of the show, nevertheless started with an interesting intention: to show two young girls of today who want to be part of it, like the precious ridiculous of the XVIIe century, but which fail differently: they are less precious than naive, more touching than ridiculous. It is clear that this objective has not been achieved. Childish, schoolboy, destitute, the Molière du Vieux-Colombier is a failure.

Coincidence: it was at the Vieux-Colombier that Louis Jouvet (1887-1951) began to play, with Jacques Copeau, in the 1910s. times, in a spectacle to which it is necessary to run, We will never be Alceste.

You have 71.62% of this article left to read. The following is for subscribers only.