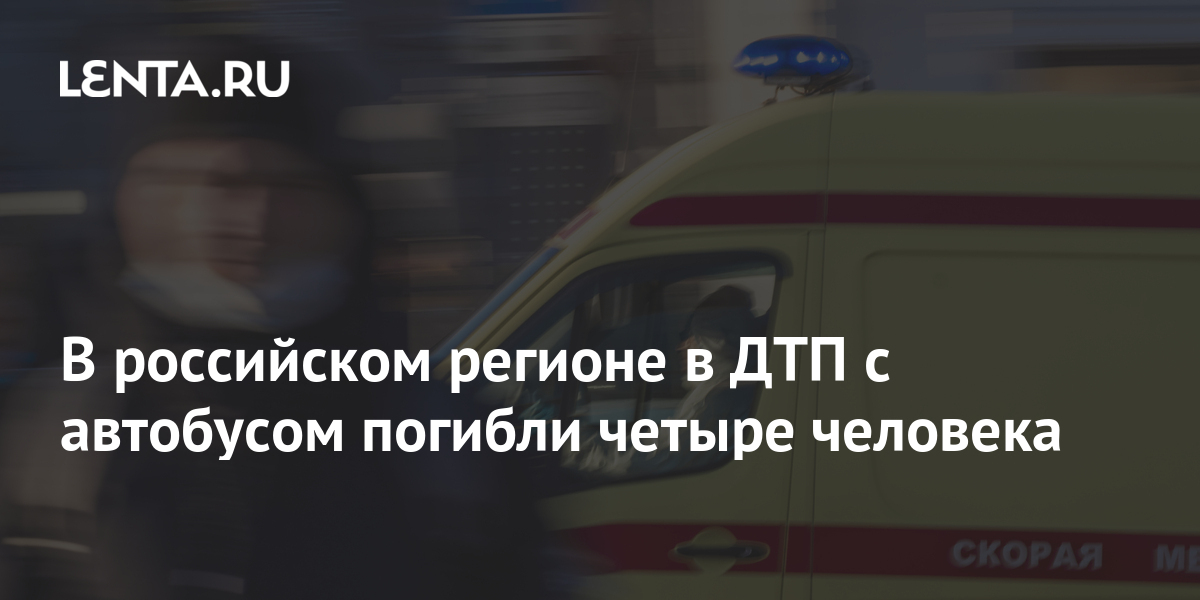 In the south of the Krasnoyarsk Territory, four people were killed in an accident with a passenger bus and a Nissan car. This was reported in the regional department of the Ministry of Internal Affairs, reports TASS.

According to the prosecutor’s office of the Russian region, the driver and passengers of a passenger car, two of whom were minors, were killed.

The department added that the preliminary cause of the accident is the departure of a car into the oncoming lane.

The Ministry of Internal Affairs reported that there were 15 people on the passenger bus, three of whom asked for medical help. The bus moved along the route Krasnokamensk – Koshurnikovo – Artemovsk – Shchetinkino.

The traffic police and the Ministry of Internal Affairs are working at the scene, an inspection is being carried out.

Earlier in the Ryazan region, six people died in a bus accident, and another 21 were injured. There were 56 passengers in the bus at the time of the accident.