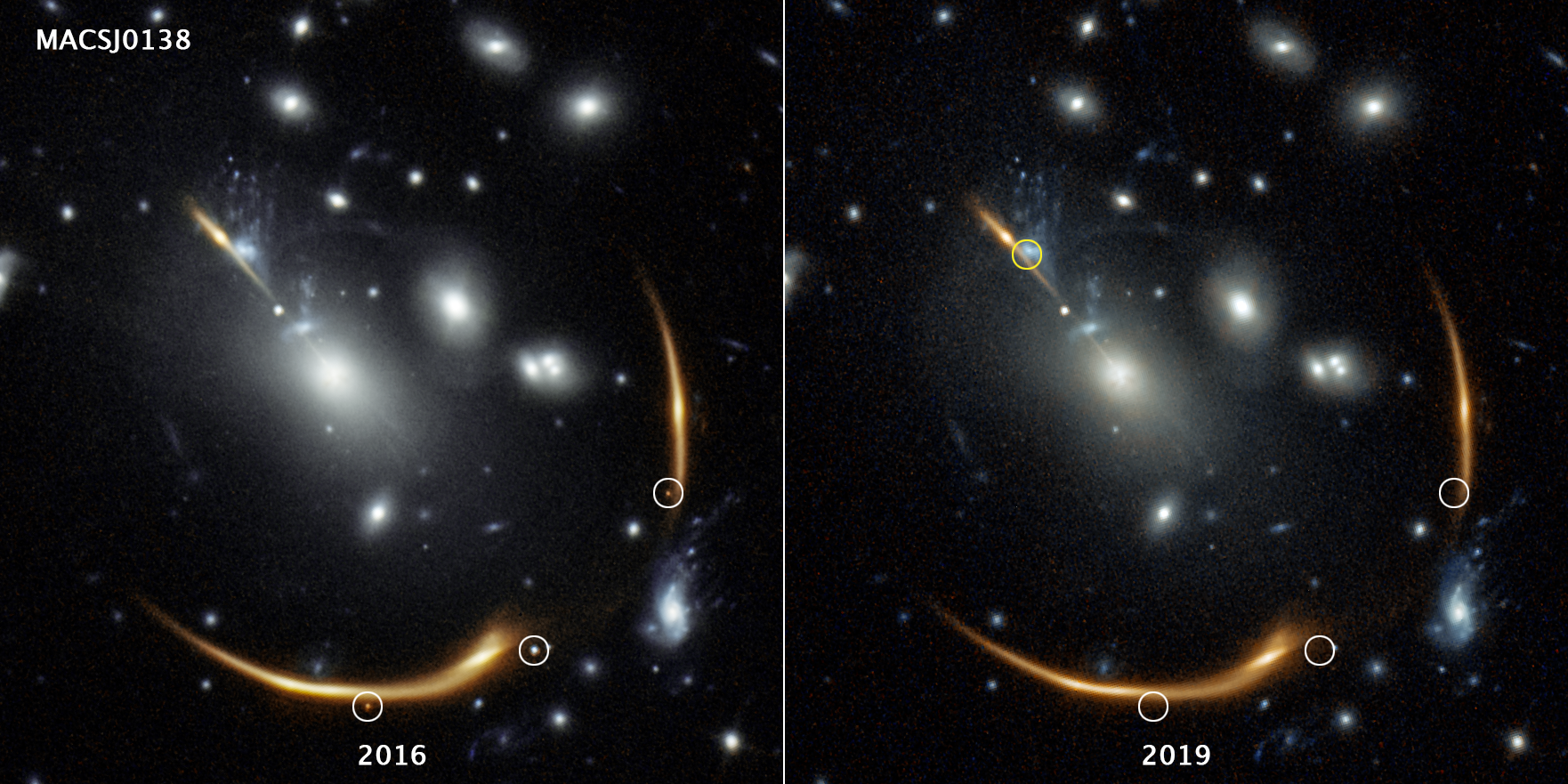 Four images of one object – waiting for the bent supernova

This stellar explosion occurs in a galaxy that has four images in the sky. The galaxy is ten billion light-years away, just behind a massive cluster of galaxies less than half that distance.

Its gravity bends the rays of light from the galaxy in the background. Like a cosmic kaleidoscope, it provides four images of the same object – these images are elongated and also amplified.

Experts speak of the gravitational lens effect, which goes back to the general theory of relativity. At first glance, the galaxy cluster and the distorted images are reminiscent of a smiley face.

Three of the four images of the galaxy showed a supernova a few years ago. This has not been the case so far in the fourth image – there the astronomers expect the stellar explosion to flare up in 2037.

The bent rays of light in the four images travel through the universe with different lengths. The first three lit up within about half a year.

In the fourth picture, the path of the light is so much longer that it lags behind by almost twenty years. At the end of the 1930s, experts lay in wait to see how the supernova flashed in the last picture.