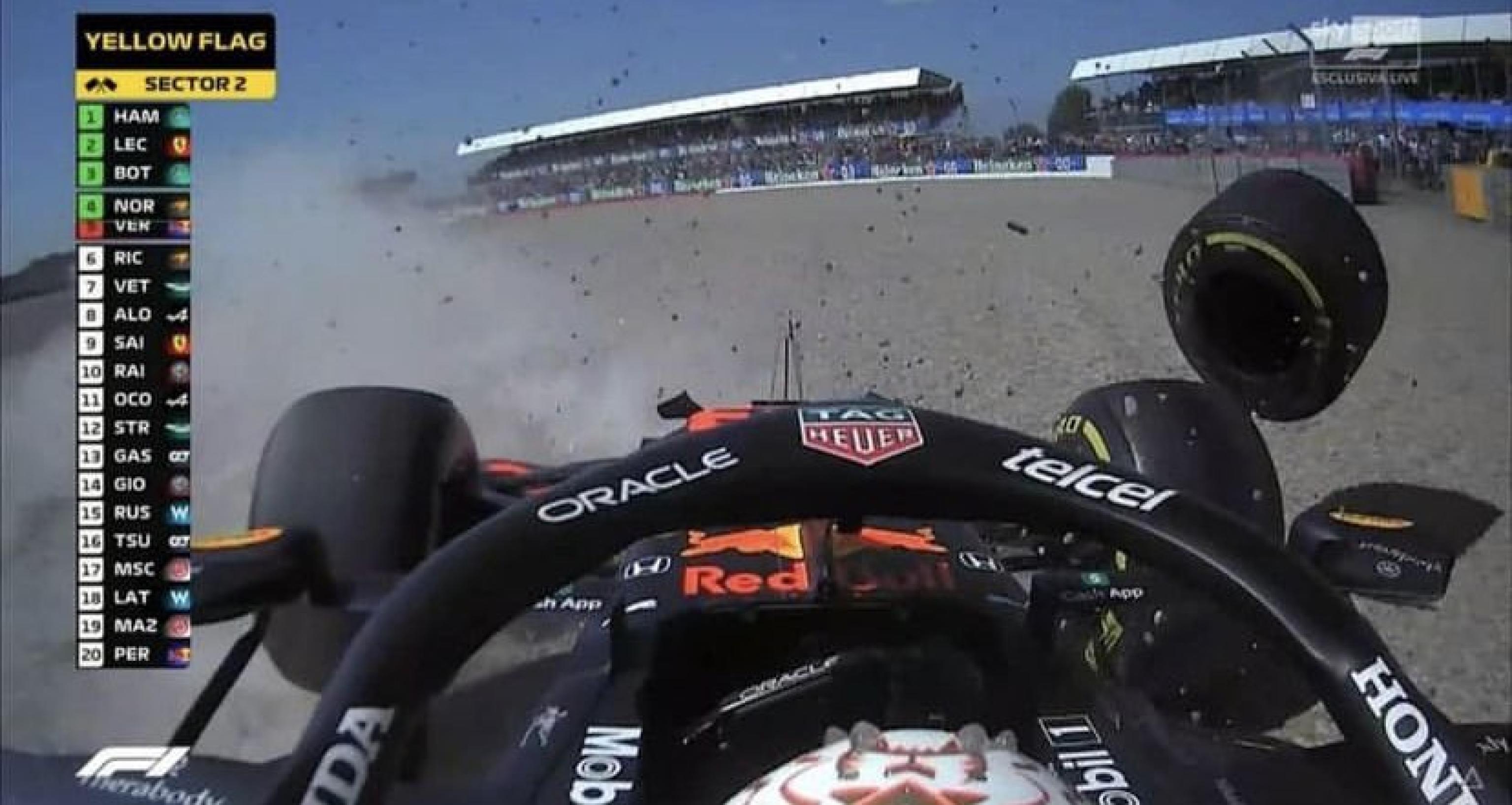 Sky Sport has released an overhead video of the crash between Max Verstappen and Lewis Hamilton at the British Formula 1 Grand Prix at Silverstone. In the images you can see the Dutchman of Red Bull having the worst of a contact with the Mercedes of the world champion. Verstappen goes off the track and ends up violently on the barriers with an impact equal to 51 G, without serious consequences. Leclerc’s Ferrari takes advantage of it and takes the lead. At this point the safety-car and then the race is suspended with the red flag. Immediately afterwards Verstappen, visibly shaken and slightly limping, was accompanied by ambulance to the medical center of the Silvesrtone circuit to check his health conditions. The Mercedes Englishman was sanctioned with 10 second penalty.

«In the approach to the race I knew that I had to face an aggressive rival like Max», Hamilton commented, «today I joined him and he never gave me room. But beyond the penalty – whether I agree or not – I took the blow and continued to work trying to do my job and enjoy the public ». Verstappen it was harder on Twitter: “Hamilton made a dangerous maneuver and was disrespectful and unsportsmanlike in celebrating his victory” while I was in the hospital, “he wrote. And then: «I’m happy to be well. Very sorry to have been eliminated like this (on the first lap). The penalty imposed (ten seconds for Hamilton, ed) does not help us and does not reflect the dangerous maneuver that Lewis made on the track ».