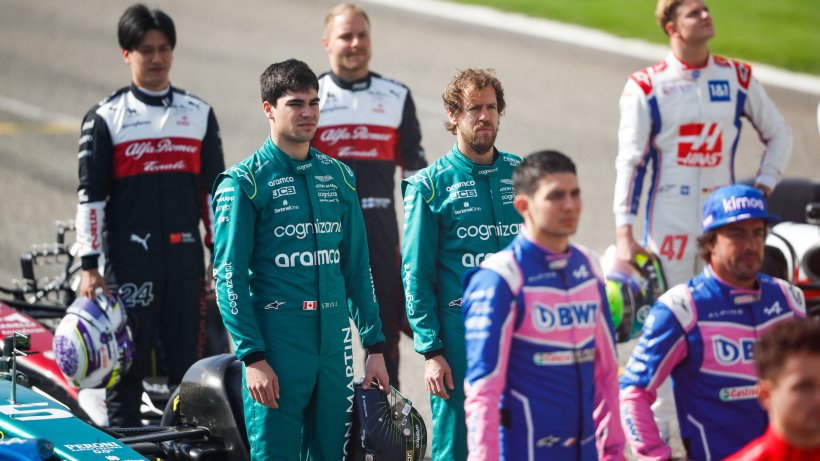 Formula 1: Next pilot before the end? “Doesn’t really work”

Formula 1: Next star driver before the end? “It doesn’t really work”

Nicholas Latifi, Mick Schumacher and Daniel Ricciardo have been in the headlines in the past few weeks Formula 1.

All three are said to have been on the brink of extinction. In this list now joins another pilot from the Formula 1 a: Lance Stroll. Like his three colleagues, the Canadian is also having a bad season. Will his father and team owner Lawrence Stroll pull the ripcord soon? At least that’s what ex-F1 star Johnny Herbert thinks.

Formula 1: The next star driver before the end?

The expectations of Lance Stroll were high. Aston Martin was hoping for the Canadian’s breakthrough, but the number of points currently speaks for itself. Sebastian Vettel’s team-mate was only able to score three points this season. Not enough to defend his cockpit in Formula 1.

Although he has not had to tremble for a place at Aston Martin in recent years because his father Lawrence is the team owner, but that could change now, believes ex-driver Johnny Herbert.

Formula 1: “The point comes when this happens”

“Lance has had a tough time lately,” Herbert says on the F1 Nation Podcast. If the Englishman has his way, Lawrence should go straight to his son and tell him this: “Boy, I gave you your chance. But it doesn’t really work. And now I have to do what’s best for the team.”

So that there is no sacking, Lance Stroll only has to convince, says Herbert. “It’s about Lance doing the job that he has to do consistently. But it’s all a bit bumpy at the moment.”

Formula 1: When will the first driver change?

However, if the Canadian still does not live up to expectations, it could actually be enough for Lawrence Stroll at some point.

The driver would join Mick Schumacher, Nicholas Latifi and Daniel Ricciardo, who have also been under close scrutiny from their teams this season. Actually, the first driver change in Formula 1 is only a matter of time. (oa)