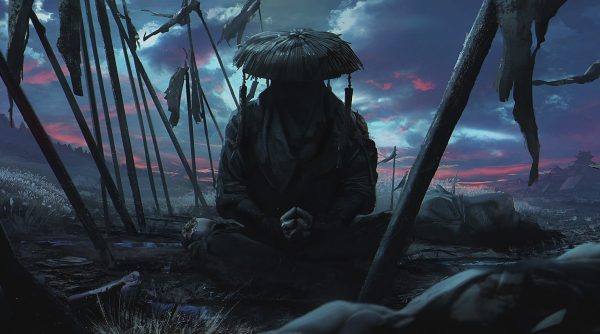 Dark Passenger was recently introduced, a new Polish development studio based in Warsaw made up of industry veterans who have worked on projects such as The Witcher 3: Wild Hunt and Cyberpunk 2077.

After five years of creating animations, movie sequences, characters and worlds for other games under the name RealTime Warriors, the studio decided to take a step further by turning into Dark Passenger and starting pre-production on its first game.

The project does not yet have a name, but in some ways it resembles Ghost of Tsushima and its Legends expansion. It is described on the Dark Passenger official website as a first-person multiplayer game with elements of cooperative PvE and competitive PvP. Set in feudal Japan following an attack by an unnamed invader who has usurped the throne of the shogun, it offers supernatural elements in the form of powerful artifacts.

“Playing as shinobi and kunoichi, players will meet with the usurper’s assistants and other assassins in search of the same items,” the site says. “Traveling through these dark places, players’ characters will be able to jump over the rooftops of the city, hide under the floors of country houses, climb pagodas and make their way through shrines and temples. The verticality of the setting will offer endless possibilities for movement, and the changing weather will surprise them with sudden downpours, high winds and fog.”

The game is in development for PlayStation 5, Xbox Series X|S and PC (Steam and Epic Games Store).

See also  After Porsche, Lamborghini and Ferrari, the Bugatti SUV could not be missing