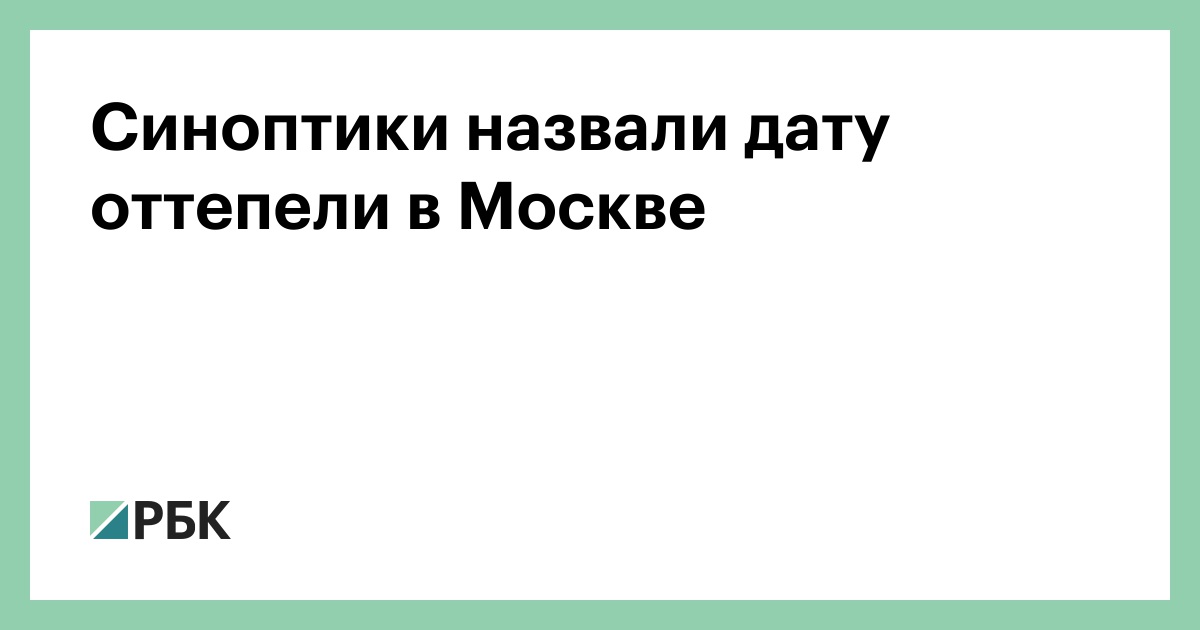 Forecasters named the date of the thaw in Moscow – RBK

On Friday, January 14, residents of Moscow should expect a slight warming, but it will be snowing on the same day, Tatyana Pozdnyakova, chief specialist of the Moscow meteorological office, told RBC.

“On January 14, a slight thaw is expected in Moscow. In addition, the next snowfall will fall on January 14, ”the forecaster said.

The warmer in the capital by Friday was also allowed by specialists of Roshydromet, Interfax reports. Forecasters added that on Tuesday, January 11, in Moscow, it is worth waiting for frost down to minus 9-11 degrees, ice will appear on the roads, but by Thursday, January 13, the air temperature will rise.

“On January 11 at night, the influence of the cyclone and its frontal section will still affect, so the snow will pass – small, moderate in places,” the Roshydromet said. Forecasters added that in the Moscow region on Tuesday 9-13 degrees of frost is expected.

See also  The police are looking for 14-year-old after he Asperen | Interior | Telegraaf.nl - Telegraaf.nl