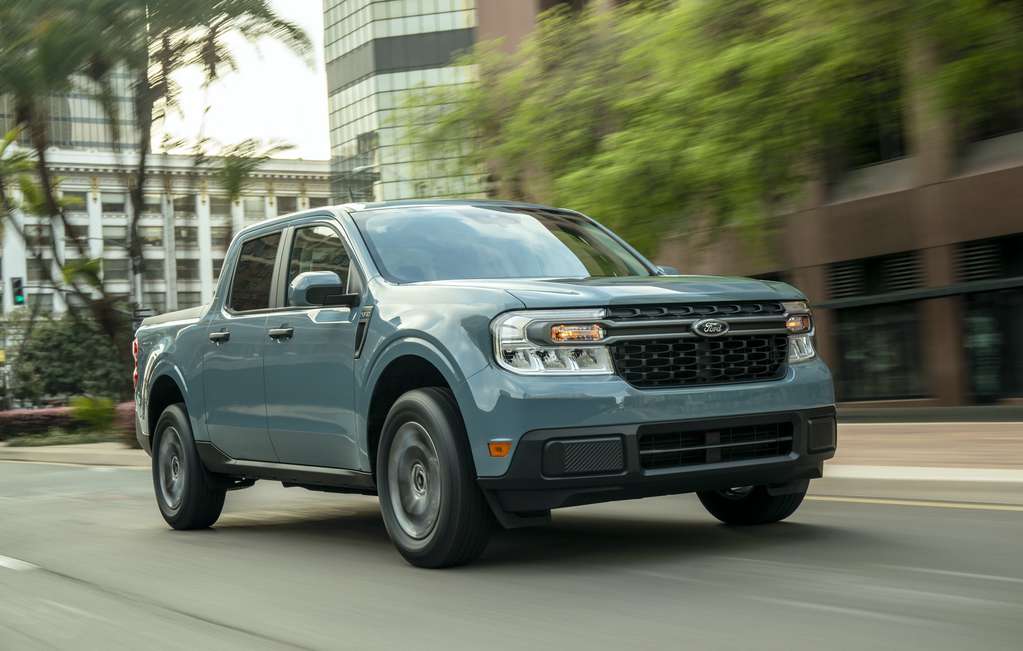 Ford just introduced the Maverick, its new compact pickup that will arrive in Argentina in 2022. It is a flatbed developed on the basis of the brand new Bronco Sport that will be positioned one step below the Ranger and, therefore, two steps below the F-150.

The Ford Maverick It will compete in a relatively new segment, one that is located between the small pick-ups (such as Volkswagen Saveiro or Fiat Strada) and the medium ones (such as Toyota Hilux and Volkswagen Amarok). It is one of the categories with the greatest projection for the coming years.

// Ford Maverick: the new “anti Toro” pick up was presented that will arrive in Argentina next year

Then, one by one, the rivals with which the Ford pickup will compete in different markets.

It is the absolute benchmark of the segment in South America. In April, a redesign was presented in Brazil, where it is produced, which will soon arrive in Argentina. It is a design, mechanical and equipment update.

The new Fiat Toro features a new design on the front, including the new logo from the Italian brand and changes to the bonnet, grille and alloy wheels. From now on it offers 26 liters of capacity in interior storage spaces, twice the model it replaces, but the most important thing is the incorporation of a 10.1-inch center touchscreen in vertical position (in full versions).

The equipment of the Toro 2022 includes driving assistance technologiessuch as autonomous emergency braking, lane departure warning and automatic headlights. There are also full Led headlights that improve lighting by 30 percent and 7-inch fully digital instruments in all versions.

The new Fiat Toro is equipped with a new motor naftero 1.3 litros turbo four-cylinder engine, with 180 horsepower, which has a fuel pressure of 200 bar, exhaust manifold integrated in the cylinder head and four valves per cylinder, with variable opening and closing control (it is the second generation of MultiAir technology ). It weighs only 110 kg because the block and the cylinder head are made of aluminum.

Designed and produced in the United States, takes the design of the new generation Tucson, whose silhouette raised a huge controversy last year.

In the North American market, you will have two mechanical options. There will be a 2.5-liter gasoline engine aspirated 190 horsepower, which will be combined with an eight-speed automatic transmission. At the top of the range there will be a 2.5-liter turbo gasoline engine with 275 horsepower, with eight-speed automatic transmission and double clutch. In both cases the traction is integral and distributes the torque between both axles according to the needs.

Inside, the multimedia system will be highlighted in a 10 inch touch screen, compatible with Android Auto and Apple CarPlay. It will also have a 10-inch fully digital instrument, a premium sound system, automatic emergency braking.

When produced in the United States, Hyundai it is released from the 25 percent import tax that penalizes foreign pick-ups in that market, at the same time that it remains at a disadvantage to sell it in Argentina. Currently, the models that arrive imported from that country are taxed at 35 percent by “extrazone”.

So far, Hyundai has not confirmed whether the Santa Cruz will reach the Argentine market to compete with the regional intermediate pick-ups, but it has a chance to do so.

After leaving it on standby due to the economic crisis that caused the pandemic, Volkswagen I would be analyzing resuming the project of the Tarok and finally take it to production to market in different parts of the world. And it has a chance of reaching Argentina.

The president of Volkswagen Latin America, Pablo Di Si, spoke with Brazilian media during the presentation of the Taos (it is the Argentine SUV that begins to be produced this week) in that country and acknowledged that very soon he will announce “news in various segments”, in addition to talk about investments that were frozen.

In these novelties and new investments would enter the Tarok, a compact pickup that debuted a few years ago in the prototype phase and is ready to enter series production in order to compete in one of the segments with the greatest projection for the coming years.

The chances of Tarok taking place in Argentina they are real for several reasons. The first one is that it uses the MQB platform, the same one that Volkswagen installed in Pacheco to produce the Taos; in other words, such a large investment would not be needed. The second is that Argentina has been specializing for years in the production of flats for the entire region. And the third, perhaps the most important: it could occupy the place that, perhaps, in the future the Amarok will vacate.

Chevrolet could join this segment

Chevrolet would be preparing the production of a totally new pick up in Argentina starting this year. We resorted to the potential because the American brand has not yet confirmed it with an open microphone, despite the fact that a renowned Brazilian specialized magazine (Quatro Rodas) takes it for granted.

“The Argentine factory will be in charge of producing the rival of the Fiat Toro”, they assure from the aforementioned medium. For now, the local subsidiary has not commented on this, although the project sounds very interesting: it would be key to reducing the idle capacity of the General Alvear plant, Santa Fe, where currently only the Cruze, a medium regional export model.

According to what was reported in Brazil, the chata will arrive with the mission of completely supplanting the Montana, a model of the small segment that, today, is sold in a very small number of units. It is estimated that it will have a wheelbase close to 2.80 meters.

The motor of the pick up would be the same as the Tracker currently offers, a model with which it will share a platform (it is called GEM by Global Emerging Markets, or Emerging Global Markets): it is a 1.2-liter turbocharged three-cylinder gasoline and 132 horsepower. The traction would be front in all cases, always with a double cabin body (four doors; that is, with space for five passengers).