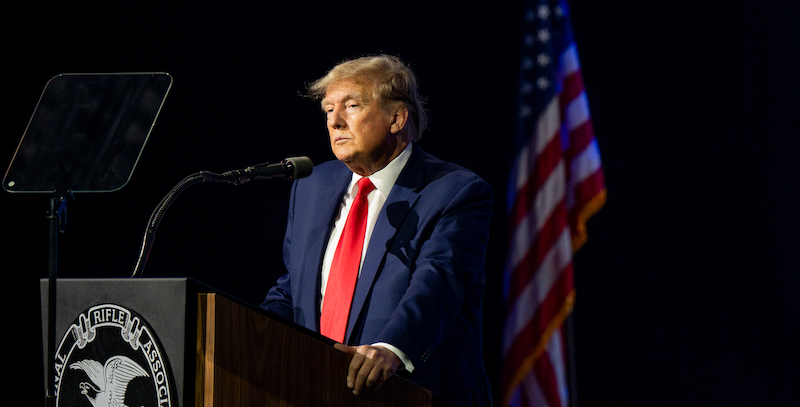 For Trump, more citizens must be armed to avoid the massacres

On Friday, the annual convention of the National Rifle Association (NRA), the most powerful American arms lobby, began in Houston, Texas. It is a much anticipated convention because it takes place a few days after the massacre carried out on Tuesday in an elementary school in Uvalde, also in Texas. After the massacre in the United States there has been a lot of talk about introducing new laws that restrict the sale of firearms, exactly the opposite of what the NRA and many Republican Party politicians want. Among the participants there was also former President Donald Trump, who said that to stop massacres like that of Uvalde the only remedy is to arm more people, such as teachers, so that they can be the first to stop any shootings. .

Precisely the fact that the convention is being held a few days after the Uvalde massacre has meant that many of the guests who should have participated have decided not to go: some have explicitly said that they had decided it out of respect for the dead of Uvalde, others, on the other hand, did not give explanations. In addition to Trump, among those who have decided to go anyway are Texan Republican Senator Ted Cruz and South Dakota Governor Kristi Noem. Texas Governor Greg Abbott, who said he will only send a pre-recorded video, has withdrawn from attending.

Trump gave his speech on Friday night and as expected he strongly criticized any calls to reform gun laws and to introduce stricter restrictions on citizens’ ability to walk around armed. Paradoxically, spectators were banned from entering the convention hall with their own weapons during Trump’s speech. In his speech, Trump called the perpetrator of the Uvalde massacre “a madman out of control” and said that the proposals made by Democratic politicians and civil society to limit the use of weapons are “grotesque”.

– Read also: There are more and more firearms in the United States