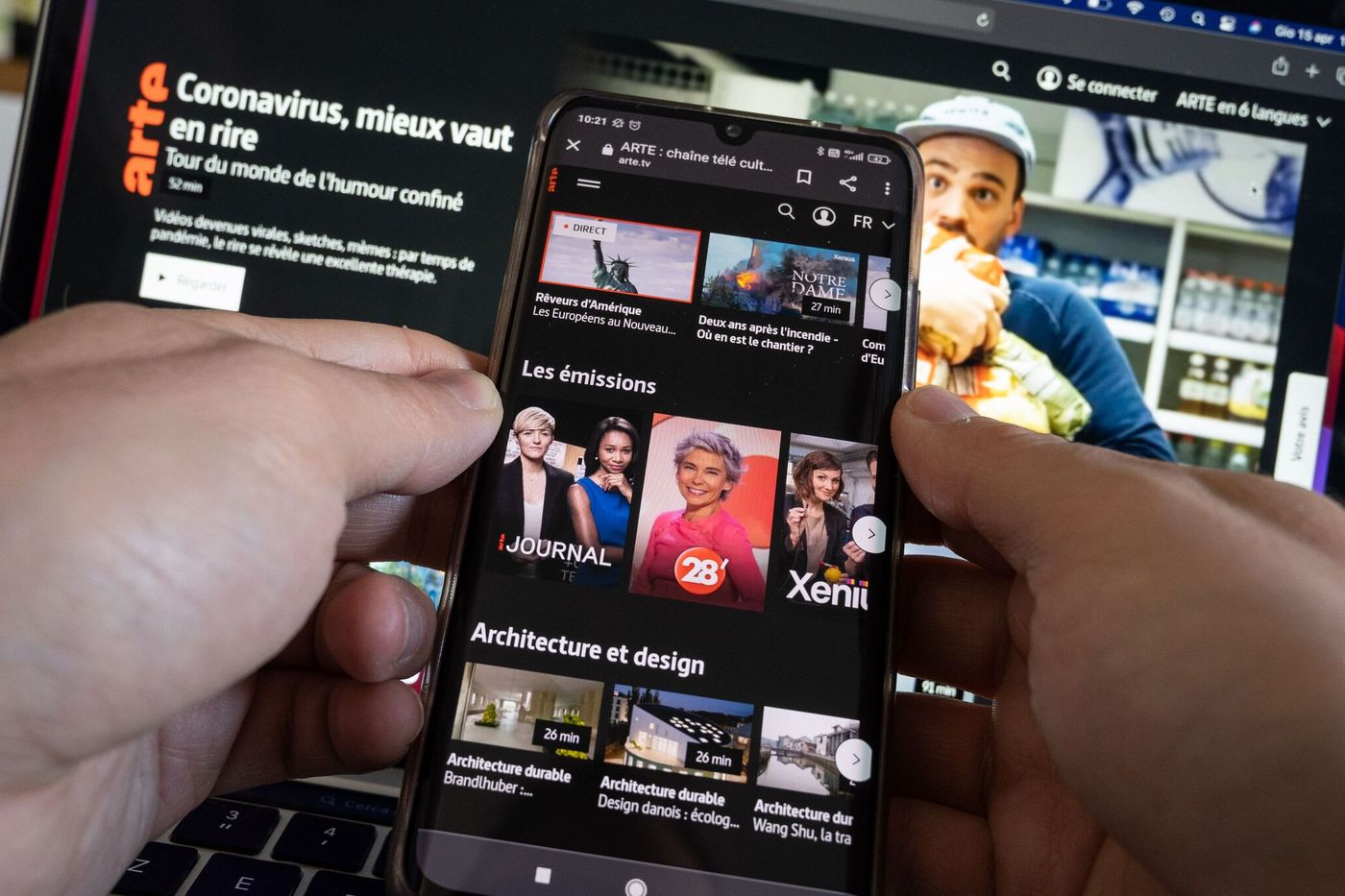 for thirty years, Arte has been breaking down the walls

Passionate about culture, Stéphane was 16 when Arte appeared on the small television in his bedroom. “Let yourself be disturbed by Arte”suggested in a suave voice the Franco-German channel, first broadcast by satellite (May 30, 1992) then, in the evening (from September 28), on the fifth terrestrial network.

He then discovered The Wings of Desire de Wim Wenders, le Nosferatu de Murnau, the experimental Koyaanisqatsi by Godfrey Reggio and the American composer Philip Glass… “It was a television UFO. The first days, I recorded all the programs on my VCR. Culture invited itself into my room. I felt like a privileged viewer”, he remembers, his eyes shining. Arte has become, thirty years later, its “preferred streaming platform. I always find something interesting there. And I don’t need to save anymore. My dream has come true! »

In the midst of the debate on the ratification of the Maastricht Treaty, “Arte was a concrete project that made me feel European”, Stephane again notes. On the other side of the Rhine, the perception of Mélanie, 8 years old at the time, is different. His parents did not watch the channel, located in a distant position on the bouquets of cable or satellite. It was upon her arrival in Lyon in 2004 that the Erasmus student became familiar with her arte.tv platform. “I watched the newspaper translated live into French or German. I learned expressions and proverbs with Karambolage. » Today, municipal gardener and mother, Mélanie is looking for programs that will“help to maintain a link with Germany”. She sometimes shares them with her children aged 5 and 7 “raised in bilingualism” and followers of Arte journal Junior.

Rejuvenation thanks to new supports

Their dad is a fan of documentaries broadcast on the Arte YouTube channel. At 30, the Franco-German channel with a cultural and European vocation wanted by President François Mitterrand and Chancellor Helmut Kohl is watched by 2.9% of viewers on average in France (1.3% in Germany), a rate that remains at this record level since the health crisis. Arte also totals 1.8 billion videos viewed on its various digital media. A pioneer in podcasting (with Arte radio, in 2002), catch-up television (Arte +7, in 2007), web documentaries, and even on the metaverse (with a first concert in 2022), the channel very early on offered video games, virtual reality experiences, thematic channels on YouTube or formats adapted to social networks Twitch or TikTok.

The age of the audience has fallen to 50, with a linear channel watched on average by 60-somethings, a platform followed by young 50-somethings, YouTube channels viewed by 30-somethings or Snapchat content shared by 20-somethings. “Never since its creation Arte has been watched so much on its channel, its platform and social networks, and by such a large number of very different people. Which must mean that our editorial proposal meets a growing appetiterejoices Bruno Patino, president of Arte France. We are no longer a CSP+ channel, let alone our social channels. We measure real social and geographic diversity. Arte’s objective is also to bring people of all origins and of all ages into dialogue. »

Digital as a lever

For this, innovation is at the heart of the engine. “We are acutely aware that the future of Arte is played out in digital technology”, emphasizes Boris Razon, its editorial and strategy director. Since 2015, under the impetus of former president Véronique Cayla, arte.tv has offered 400 hours of subtitled programs now in six languages ​​(with English, Spanish, Italian and Polish), addressing 70% of Europeans in their mother tongue. One-fifth of the audience today comes from outside France and Germany. “We are at the beginning of a great adventure, continues the strategist. We want to create a brand and deploy a larger offer.YouTube channels created in Spain and Poland already have real audiences, linked to certain subjects such as the war in Ukraine. »

The initial project of la Sept, then of Arte, within the framework of the reconciliation of France and Germany through culture is “more topical than ever with Ukraine”believes Jérôme Clément, who remained at the head of Arte France for twenty years. “When we manage to talk to each other, to work together, to address the issues that annoy us, we understand each other better and we wage war on each other less…” It was not easy. He remembers the outcry of other audiovisual players. We also had to face a « germanophobie forte » : “Some couldn’t imagine seeing or hearing Germans in their rooms. » Today, French people stop him to tell him: “Thank you for Arte. »

“Arte is part of the shared conviction of President François Mitterrand and Chancellor Helmut Kohl that Europe had to move forward through concrete achievements”, underlines the historian Hélène Miard-Delacroix, specialist in Franco-German relations. The creation of the chain was the result “many compromises between France and Germany, whose modes of operation, structures, traditions, ways of doing things are very different”. In France, she benefited from a “significant voluntarism”. “By choosing terrestrial, she points out, the chain invited itself into the dining room of the French, who had only been confronted with the German language by the bad films on the Second World War. »

The channel was then adopted thanks to its quality European programs, its audacity, its singular tone embodied by programs like Carambolage. For almost twenty years, Claire Doutriaux has been unraveling stereotypes with lightness, humor and self-mockery. “This form allowed the show to penetrate homes not confronted with other cultures. A real community has been created around the show. Franco-German couples take us for Menie Grégoire (1), send us wedding cards. We also meet young people who have learned French or German thanks to Karambolage”, lists its creator, who has prepared two tasty issues on the history of the channel and behind the scenes for the 30th anniversary.

See also  These countries are there on Saturday

This anniversary, celebrated with special programming, is however tinged with a concern common to all public audiovisual players: the abolition of the license fee, promised by President Emmanuel Macron, and its replacement by a method of financing deemed more uncertain and less guarantor of independence. “Deleting it will make the budgets of the channels more fragile and uncertain, while the programs are anticipated over two to three years”, worries Jerome Clément. While Germany has already completed its funding for Arte, Arte France is still waiting.

The Arte channel in a few dates

In 1986. A first draft of a Franco-German cultural channel with a European vocation was born with Sept.

May 30, 1992. The public channel Arte, acronym for Association relating to European television, is broadcasting for the first time on television.

From 2007. The seventh channel launches the first rebroadcasting platform with Arte +7.

In 2009. Creation of the Arte Concert platform, dedicated to performing arts and which offers a thousand new programs per year.

Since 2015. A selection of 400 hours of programs is now available in four languages ​​(with Spanish and English) then six (Italian and Polish) on Arte.tv.