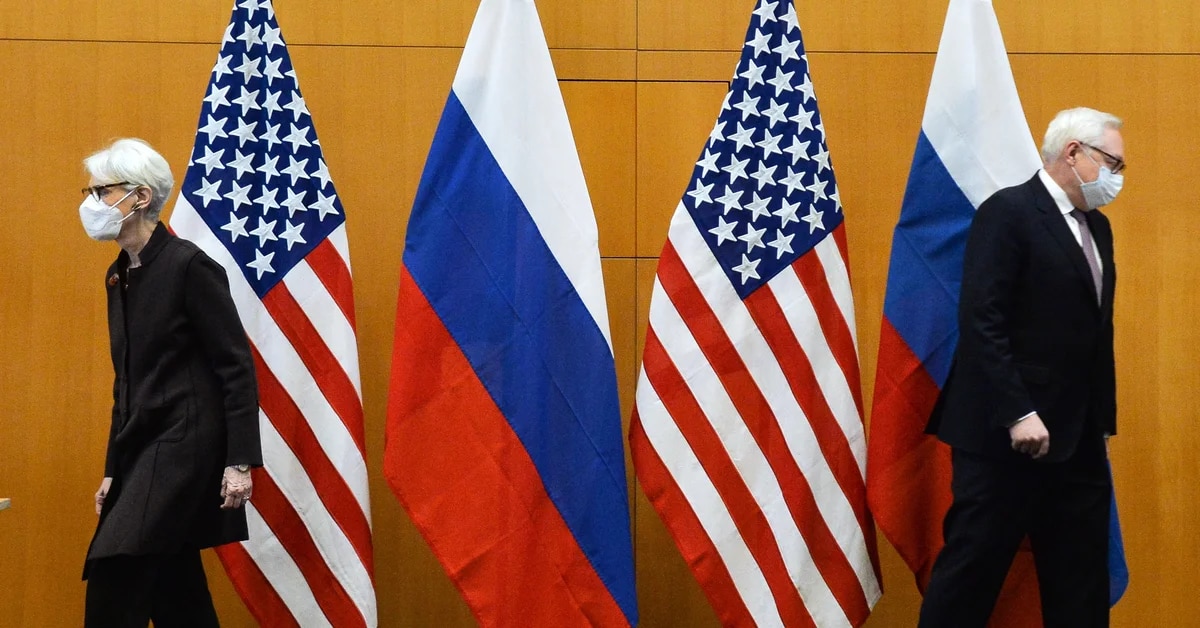 For the US, Russia did not offer guarantees that it will not invade Ukraine and considered that Moscow’s demands are not acceptable.

The main US negotiator on the crisis on the Ukraine-Russia border, Wendy Sherman, presented to NATO on Tuesday details of his conversations with his Russian counterpart, while the Kiev government called for an international summit.

Sherman, US Undersecretary of State, and the Russian Vice Chancellor Sergei Riabkov held on Monday in Geneva a seven hour conversation to try to defuse the tension on the border between Ukraine and Russia.

This Tuesday, Sherman arrived in Brussels to talk with NATO allies. The transatlantic military alliance is preparing to participate in a meeting of the NATO-Russia council in Brussels on Wednesday.

On Thursday, the parties will travel to Vienna, where they will join a meeting of the permanent council of the Organization for Security and Cooperation in Europe (OSCE).

Sherman and Riabkov’s meeting in Geneva was an attempt to reduce tensions on the border. This Tuesday, the President of Ukraine, Volodymyr Zelensky, suggested the convening of a summit to address the issue, with the participation of France and Germany.

While, Sherman met in Brussels with NATO Secretary General Jens Stoltenberg and ambassadors to the alliance to present details of the talks.

In that meeting, the US official reviewed the content of the dialogue with Riabkov to Stoltenberg.

In a message on Twitter, Sherman assured that “The United States is committed to working together with our allies and partners to urge de-escalation and respond to the security crisis caused by Russia.”

In another tweet, Sherman assured the Kiev government that the allies “will not make decisions about Ukraine without Ukraine.”

After more than seven hours of negotiations in Geneva on Monday, Russians and Americans agreed to hold talks, although there were no concrete signs of progress.

On Wednesday it will be the ambassadors of the 30 NATO countries who will meet with Russian representatives at the alliance headquarters.

In that meeting, Russia will be represented by Vice Chancellor Alexander Grushko, who expressed his conviction that the meeting will be a “moment of truth” for relations between the country and the transatlantic alliance.

“Our expectations are completely realistic and we hope this will be a serious and profound conversation.”Grushko said in Moscow.

In any case, the Ukrainian government recognized the “efforts” made by Russia and Western countries to reduce tensions.

“We can only welcome the intentions and efforts of the United States and Russia, NATO and Russia, to defuse tensions and resolve all common issues at the negotiating table,” spokesman Sergey Nikiforov said in a statement. videotaped and sent to the agency AFP.

Sherman noted that Russia has not offered guarantees that it would not invade Ukraine, nor did it provide explanations for the concentration of one 100,000 soldiers along the border with that country (REUTERS / Baz Ratner / File Photo)

Since the escalation of tensions after Russia concentrated a huge military capacity along the border with Ukraine, European officials have complained that Washington has taken the lead in negotiations with Russia, and the bloc does not want to be excluded from a decision-making process.

Russia does not accept Ukraine joining NATO (step that could to the transatlantic alliance literally at the gates of Moscow), But Western countries point out that the Russian government cannot claim a voice in that decision.

For European countries, the demand for NATO membership is a matter for sovereign countries, while the alliance maintains its open door policy.

In this scenario, Russia presented its list of demands to reduce tensions, and the United States conveyed to Moscow the drastic effects that a Russian military action would have in Ukraine.

The spokesman for the Russian government, Dmitry Peskov told reporters on Monday that the talks between Sherman and Riabkov in Geneva were positive but added that “the important thing is the result, and there is nothing we can say about results yet.”

For its part, Sherman noted that Russia has made no guarantees that it would not invade Ukraine., nor did he present explanations for the concentration of one 100,000 soldiers along the border with that country.

For the American official, some of the Russian demands were not acceptable, including the prohibition of the continued expansion of NATO towards the countries of Eastern Europe.