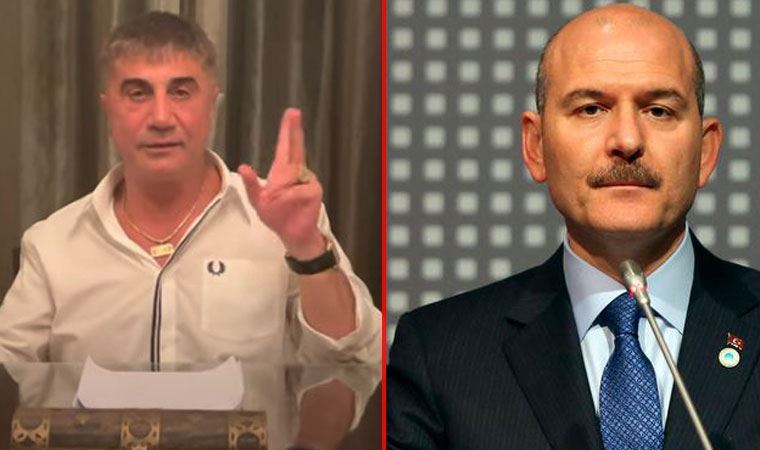 Organized crime leader Sedat PekerPointing out that after he announced the missing weapons, they tried to implant the perception that “they will not go through elections” in the minds of the people with gray propaganda,Unfortunately, you did not know the Turkish state, which has thousands of years of tradition. When you lose the election, you’ll be gone” said.

Peker, our newspaper’s writer Baris Terkogluby giving time to the ministry adviser to Esenyurt He addressed the Minister of Interior Süleyman Soylu regarding his request to prove his allegations.

Pointer, “From now on, even if you kill as many people as Hitler, no one will be afraid of you.” he also stated that Soylu had leaked information to him. Peker said, “Besides all the crimes you have committed, you will definitely go to the supreme court for leaking information to me, for allowing me to escape abroad.‘ he said.

Peker’s statements are as follows:

1-My dear friends, my younger son Boğaçhan Talha Peker and a brother who was my companion was diagnosed with covid last night. I look forward to your prayers for their recovery. I couldn’t tweet because I was interested in them.

“WHEN YOU LOSE THE ELECTION, YOU WILL SHOUT”

Advisor to the Minister of the Ministry of the Interior Muhammet Burak Gultekin, regarding the article of our newspaper writer Barış Terkoğlu, in which he evaluated the allegations of Sedat Peker, who was convicted of being the leader of an organized crime organization, regarding Esenyurt.As you claimed in your article, you have 24 hours to document the slander of our Minister’s connection with these 2 companies. We will add this lie to the moral compensation case we have opened.‘ he said.