We asked you from what price you consider a “high-end” smartphone and you answered us. 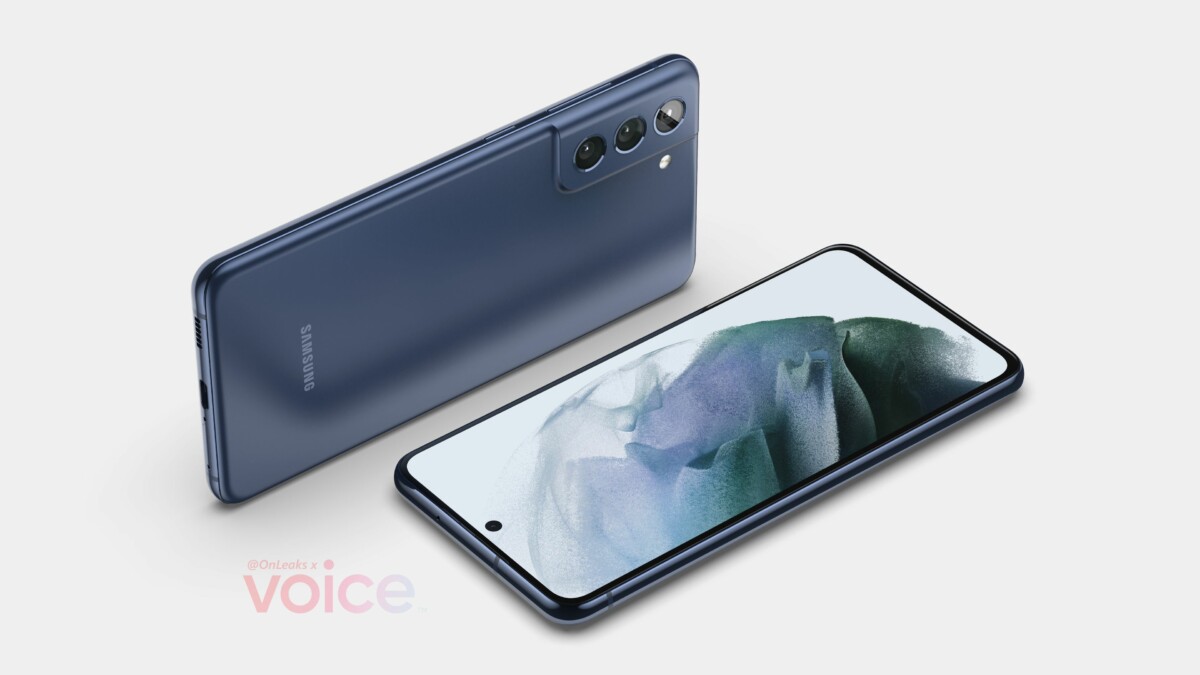 It is a debate that comes up often in an editorial office like ours. Does this or that smartphone belong to the middle or the high end?

There are legion of models to navigate between these two waters. We can cite for example the expected Galaxy S21 FE and the S20 FE, which take high-end models from Samsung to bring them closer to the mid-range, removing some features.

At Xiaomi, we can think of the Xiaomi Mi 11, which breaks the prices a little with real qualities worthy of the high end, or the Realme GT, which offers itself one of the cheapest Snapdragon 888 on the market.

Even at Apple, a rather famous high-end brand, some regard the iPhone 12 mini as a sort of defector, or as a more accessible iPhone 12, which would almost tease the mid-range. 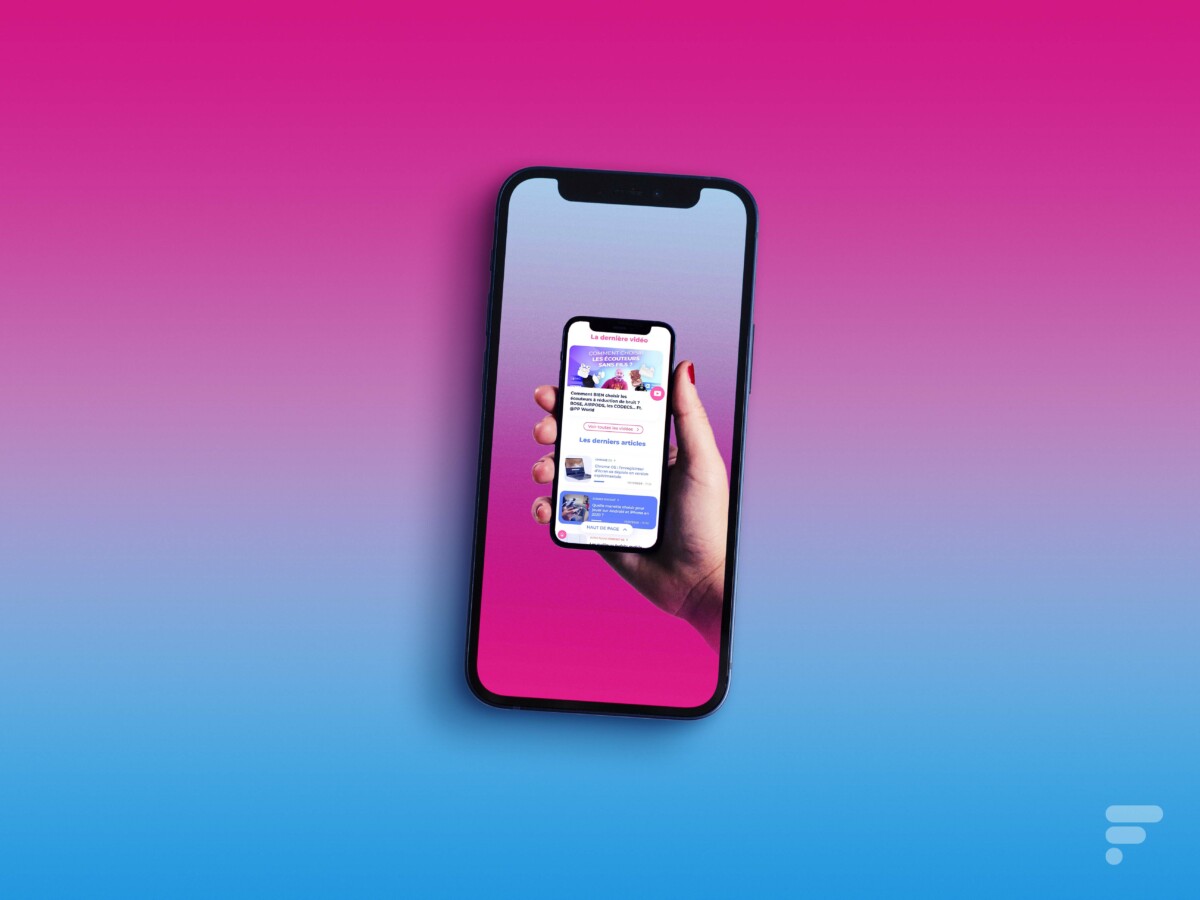 Some brands like OnePlus have even built a reputation for ” flagship killer “, Implied by a brand that would sell smartphones at the price of a mid-range, with high-end qualities.

On arrival, a question of price

Ultimately, you will understand, this delimitation is a little blurry. Each and every one erects his or her little mental boundaries between what he or she is willing to spend with a small budget, with a correct budget, or what we would be able to buy if we wanted to break the bank. . In addition, the price of smartphones tends to go up, pushing the border of the mid-range ever further upwards.

But the brands themselves also define a bit of what they consider to be mid-range or high-end. Taking the example of Samsung, its A range is supposed to meet the expectations of the entry and mid-range, where its S range presents itself as high-end. The Z range for its part, could belong to the very high end.

For a smartphone, at what price does the mid-range end and start the high-end?

In short, you will have understood it, everything is a matter of price, and it is for this reason that we asked you where the dividing bar is placed for you between the middle and the top of the range. 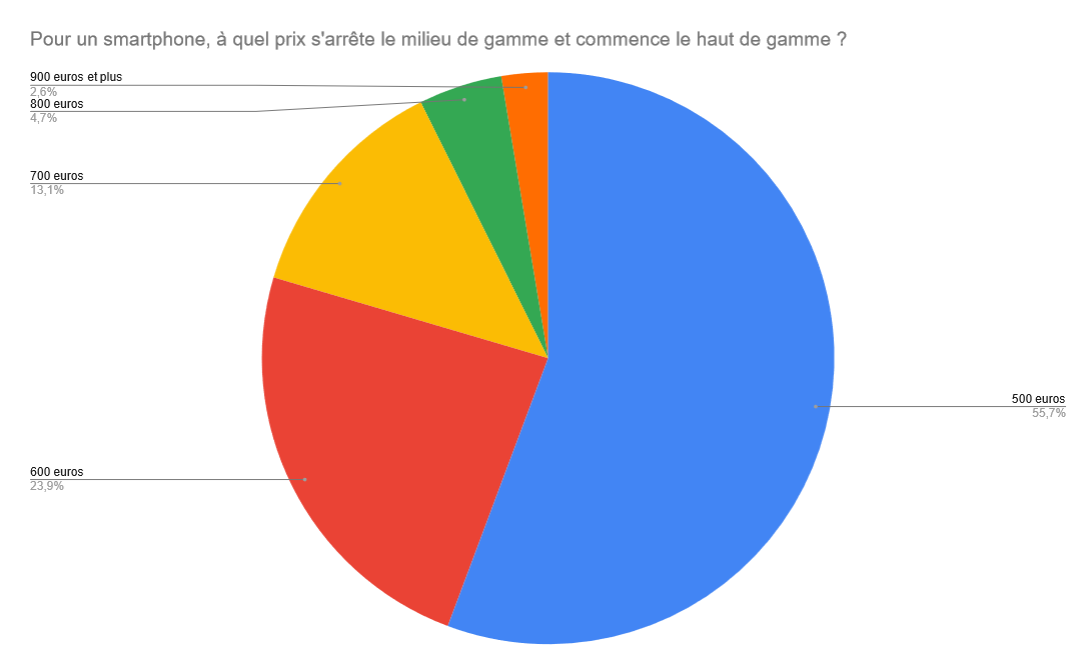 In first position we find 500 euros as the dividing line between the middle and the top of the range, with 55.7% of the votes, which indicates that you certainly place the bar much lower than where most manufacturers see it. . In second place, the bar of 600 euros wins an honorable score of 23.9%. The proposal for 700 euros won 13.1% of the vote, in third place. Only 4.7% of you consider that 800 euros is a good dividing line. Finally in last place, we find only 2.6% of voters who are willing to pay 900 euros or more to afford high-end.

Unsurprisingly given the score obtained by the 500 euros bar, many comments would have wanted us to add 400 euros as a response. Bans writes for example: “I would have said 400 €, but there is no this option, it is there that we see that since the flaghip are at more than 1000 € we have lost this segmentation between the middle and the top of the range … ”

Dominique Conan, he remembers the price of leaving the Galaxy S2,“550 €, the top of the range at Android (not only at Samsung) with the Galaxy Note”at the time. Geoffrey Vannerum rather agrees with this award: “The end of the mid-range is 500/550 euros which drops to 400/450 euros a few months after release or on sale. At these prices the tel are already very good at photography (good enough for everyday use or for vacation photos) and are more than powerful enough to keep everything running smoothly. »