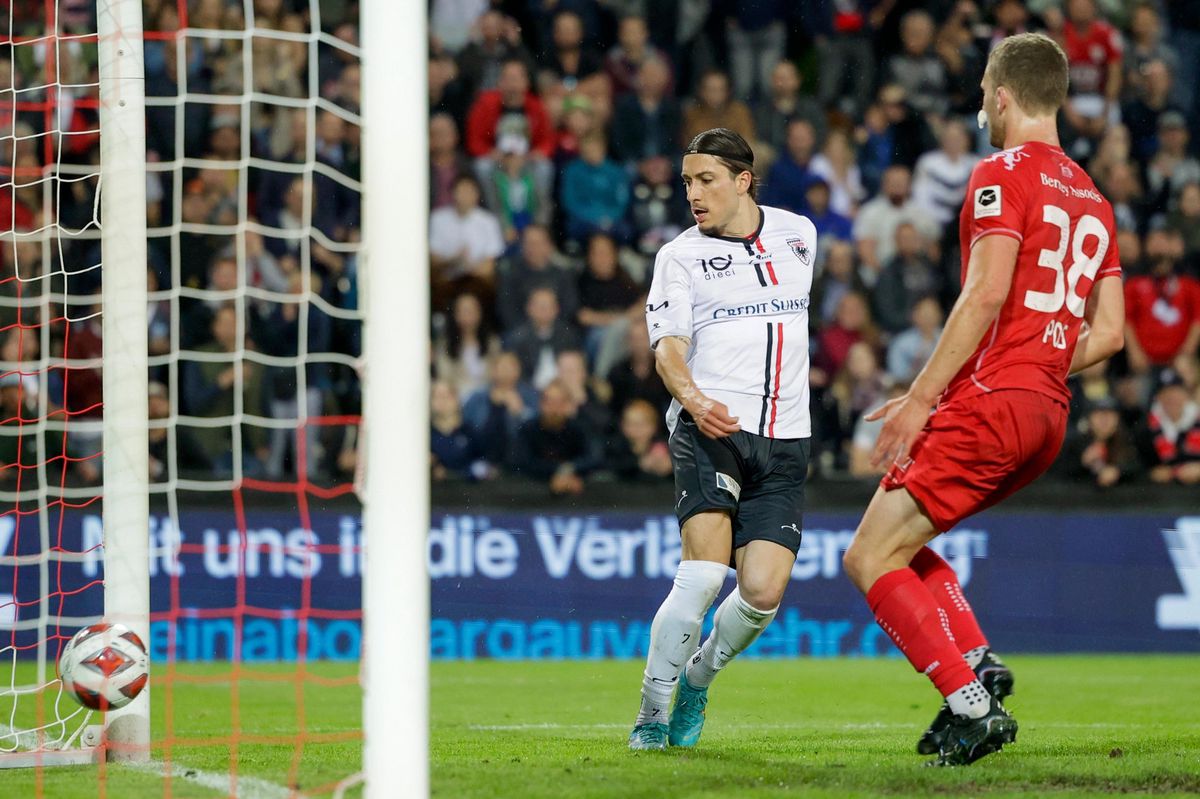 The Vaudois lost in the last minutes in Aarau on Monday (1-2), after a lively match. This result suits his opponent in the race for the climb.

An Aarau engaged in the home stretch for promotion, a Stade Lausanne-Ouchy freed from any pressure linked to the result: on paper, the confrontation this Monday evening at the Brügglifeld offered arguments to turn into a spectacle. And it was the case. It’s simple, the two teams attempted 28 shots in total, for a dozen very clear chances, including seven in the first half alone.

An infernal tempo, shots constantly directed forward, risks in all directions: the initial 45 minutes gave rise to a spectacular goal-to-goal. Where the goalkeepers have shown themselves as much as the attackers have lacked lucidity. In the first case, we must salute the parade of Ammeter on a head at close range from Labeau (19th), as well as the detents of Steffen in front of Spadanuda (15th), Balaj (22nd) and Jäckle (33rd). On the other hand, the off-target strikes from Spadanuda (20th) and Labeau (12th, 42nd), yet alone against the last rampart, are to be put down to clumsiness.

Faced with so many burning situations, the score was bound to evolve. The difference came from Spadanuda. This time, the winger finished the job in one-on-one, even if he had to do it twice (62nd). The SLO, more struggling offensively in the second period, benefited from two new golden opportunities but Ammeter still intervened in front of Hadzi (66th) then Ajdini (79th). On the other hand, the Aargau goalkeeper could do nothing about the equalizer from Okou (81st), on the lookout for a center having crossed all the defense and who only had to push the ball into the net.

The sharing of points loomed when Spadanuda put on his savior costume to offer a saving victory to Aarau (90th). Two days to go, Stephan Keller’s team takes first place, pending the result of Schaffhausen in Thun on Tuesday. The operation is all the more beautiful as Winterthur, the third candidate for the climb, was held in check by Wil in the other match of the evening (1-1).

A struggle in which the SLO is reduced to the role of spectator. Waiting for next season.