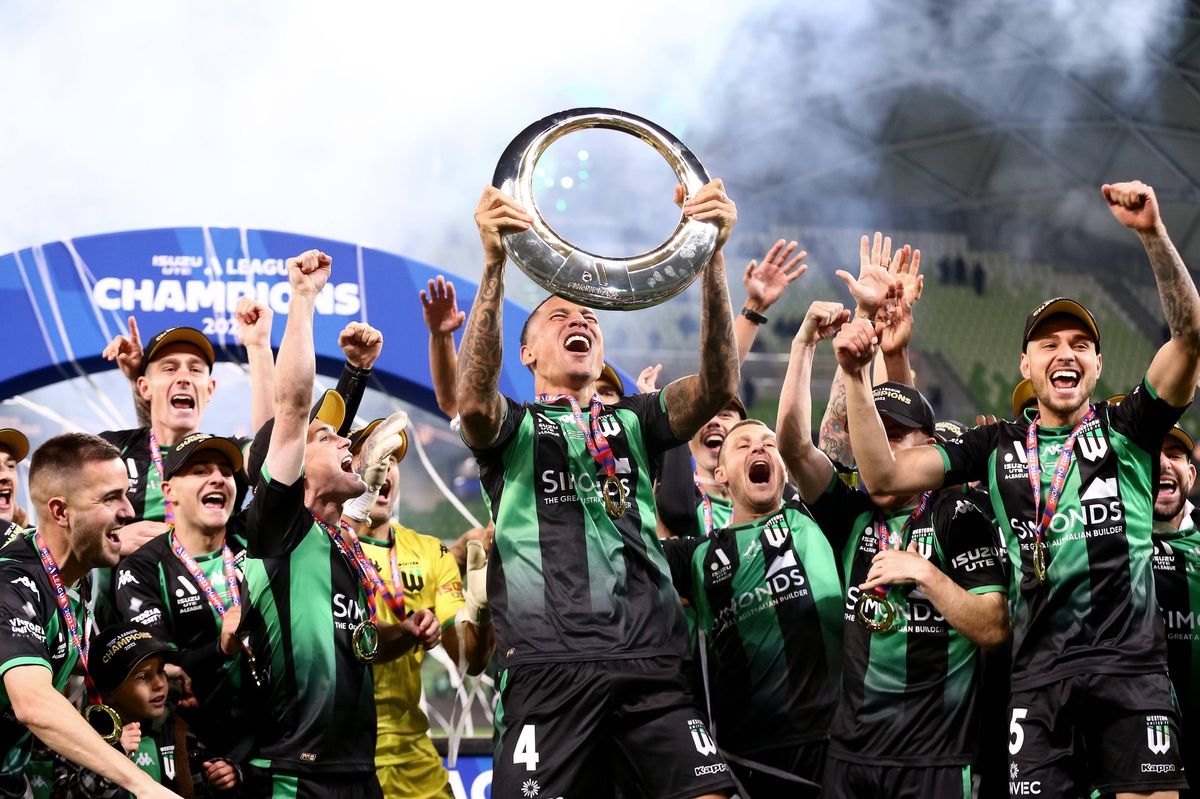 Football: Léo Lacroix: “It’s a great feeling of pride to win a title”

The defender won the Australian league title with his club Western United FC, which he joined in September 2021. A few hours after the match, he spoke about the emotions that this coronation gives.

Saturday in Melbourne, Léo Lacroix became Australian champion with his Western United FC team. This title, the first in the history of the club, was acquired after a final won against rival Melbourne City (2-0). Before the start of the play-offs, the Vaudois defender had set himself the goal of being crowned champion and writing the history of his club. A few hours after the decisive meeting, the pride is great for the former FC Sion player.

How do you feel the day after the title and the festivities that followed?

I am very happy! Western United was created only three years ago and it is wonderful for the history of the club to be able to offer it a first title on its list. It was my personal goal and I am very happy to have been able to achieve it. As for the festivities that followed the match, we had a dinner with the club and the presentation of the cup to our supporters. These two moments were very pleasant to experience.

On social networks, we have seen several videos of you with the supporters. What role did they play during this final and how was the communion with them after the match?

Honestly it was wonderful! During the season, we have supporters, but they don’t necessarily come from Melbourne and therefore they cannot be there for all the matches. It’s not easy because in Melbourne there is a historical club with Victory and there is City which is managed by the City Football Group (editor’s note: Company that manages several clubs, including Manchester City). In the country there are several clubs with a long history like Adelaide or Brisbane. Since we are a new club, we need these kinds of titles to enlarge our fan base. But what I saw on Saturday was incredible, the kop behind the goal put a great atmosphere throughout the match and it was important in our path to victory. On social media I have read several times that Western United has no supporters, but no matter how many there are, the main thing is that they are there to support us.

It was the first title in the history of your club, does that bring you extra pride?

Yes clearly! Two years ago, when rival Melbourne Victory wanted to bring me in, I was not motivated at all. Then when Western United came to me, I’ll be honest, I didn’t know the club at all, but I inquired and spoke with the captain (Editor’s note: Alessandro Diamanti, 17 selections with Italy) which motivated me to come. When I arrived here, I said that I wanted us to write history and that we were going to do everything to win the title. It’s great to be part of the team that offers the first title to a club. It reminds me a bit of the situation in 2015 with FC Sion when we won the 13th Swiss Cup which was very symbolic with the 13 stars of the Valais flag. It’s a great feeling of pride to win a title after having worked hard all season. My only small regret is that I would have liked us to win the regular season.

Exactly, it’s the second title of your career after the 2015 Swiss Cup with Sion, are the emotions experienced in Australia the same?

No, they are different. With Sion it was the first title of my career and it was the Cup, we know everything it represents for the club. Here it is different because it is the first title in the history of a club and I am extremely happy for the owner of the club and for all the people who work there. From the outside, you would think that given the youth of our club, it is not well organized, but this is not the case. This coronation is deserved because Western United was not necessarily respected in Australia, but that is changing thanks to our season punctuated by the title of champion.

You won the title at the end of the play-off, how did you experience this novelty?

Obviously, for me it was a first to play in such a format. During the last week of the championship, I was disappointed because we played the decisive matches and unfortunately we did not manage to win the regular championship. Mentally, we had to switch to get back into winning mode. Before the final, we played against the two teams that we hadn’t managed to beat during the season. In the quarter-finals, we won against Wellington 1-0 and we felt that something had been created in the group. Then in the semi-final against Melbourne Victory, even after the 1-0 loss in the first leg, we were convinced that we were going to qualify given the quality of our play and our dominance and finally we won the second leg 4 -1. The joy of taking the club to the final for the first time was tremendous. For the final, we prepared well during the week and got the job done by winning 2-0 against Melbourne City, who won the regular season.

What did you think of the play-off format that will see the light of day in Switzerland during the 2023-2024 season?

As for the play-offs, it’s really different from the format I was used to. In Europe, you work all year to finish champion or qualify for the European Cups whereas here, the objective of the clubs is to finish in the top six to qualify for the play-offs and then for the single match final. With the arrival of a similar format in Switzerland, everyone will have to get used to it. Honestly, I’m not sure how it’s going to work. I think the first season is going to be difficult, because it’s always difficult to change people’s habits.

Now that you’ve made the title, do you know what your future will hold?

For now, I’m enjoying the present moment in Australia. My daughter is still at school and as soon as she is on vacation, we will take the opportunity to visit the country with the family. There is still time before thinking about next season.