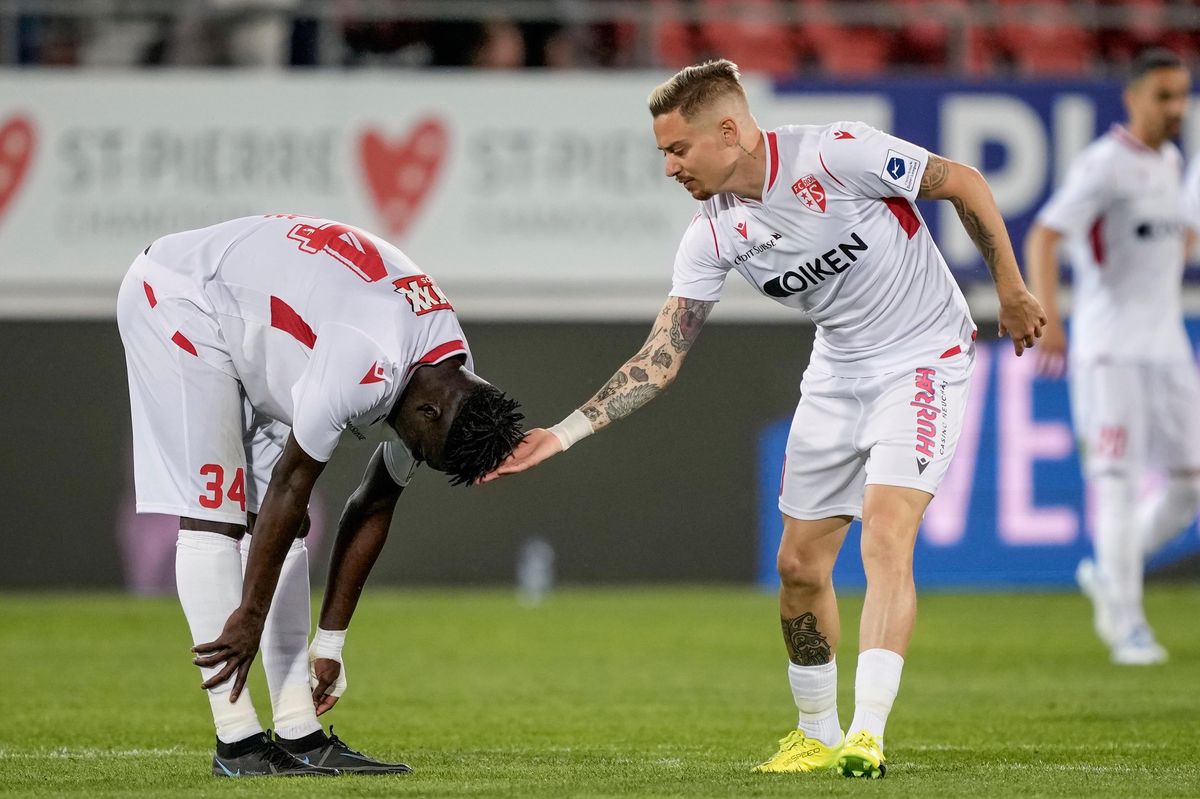 Football: Finally, does Sion want to save himself or scuttle himself?

Unlike Lucerne, winner without surprise (1-3), the Valaisans have in no way shown that they were fighting for their survival. Their passivity challenges as much as their lack of character.

It’s true, like the fans in the north tier, that we wanted to believe in it, that we had come to believe that, yes, the feat was possible… But you had to be a little crazy, or knowingly ignoring the reality of a formation failing to impose a semblance of home play, to think today’s FC Sion capable of winning a championship final.

Between a team sure of its football, exuding confidence to the point of offering a show of very honest bills (Lucerne having decided, since the arrival of Mario Frick, to save itself by playing) and another having nothing to offer except its own contradictions – promising a lot without ever going into action on the ball – there was neither a match nor a photo. The difference was so obvious to a neutral visitor.

As logical as it is worrying (because bringing it ever closer to dams), this new failure of FC Sion in front of his audience – which happens to be the fifth in a row all the same – came to recall two essential elements to the functioning of a team.

The first concerns the life of the group. Like these improvised circles drawn on the floor where the assembly learnedly listens to their guide or a player express themselves, they want us to believe that they breathe happiness; to live perhaps but to play certainly not. How, at the end of an almost entire season, can there be so little in terms of content, still so dramatically poor after 45 weeks of training? It becomes appalling.

On Wednesday, in a game that could magically erase an exercise in frustration, no magic happened. While we were expecting madness, enthusiasm, furious desires, we were treated to a pleasant exit from contemporaries. There was no one to tear himself away or shake the buddy, everyone trotted along thinking that that would be enough. We have seen the result, reflecting the desolation of a team failing to display the determination of those who must fight for their survival. How can you approach a final with so little “niaque”?

After having already ridiculed Lausanne and Servette, Lucerne paid Sion without ever trembling or suffering, presenting everything that its host did not have in terms of state of mind. In the Tourbillon arena, Paolo Tramezzani’s players lacked character by refusing to fight. In a region that likes to crown the queens of the Hérens breed, the kings of the crampon have sadly passed away… invited to come and hang out to drown his disappointment.

The observation is amplified by the growing divorce between a team that gives nothing and an audience that no longer identifies with it. We even feel the dawn of a rejection. It is probably no coincidence that the full stadium operation ended in a flop. Less than 10,000 spectators for the match of the year with 7,000 free tickets which did not all find takers, this reflects growing popular exasperation.

While he is living a season upside down (the troubles after having given the feeling of having moved away from it), Sion will have to urgently remobilize to save what still needs to be saved. In the battle for the maintenance which also concerns Grasshopper, everything will be decided during his derbies against a relegated Lausanne and a Servette supposedly perhaps already on vacation, which will not make either of them less dangerous. To speculate on a French-speaking agreement would be as illusory as it is perilous.

Only one Romand in the Super League?

Galvauding the possibility of finally experiencing a serene end to the season in 2022 by letting the comfortable lead (14 points!) that he had over Lucerne at the end of the 20th day melt away, Sion is no longer sure of anything. In its current environment, the only certainty is mathematical: at the rate at which its situation is deteriorating, there could be only one French-speaking representative in the Super League next season. This spine-chilling prospect is no longer a figment of the imagination.

Anyway and whatever the verdict in 10 days, the Valais club will not be able to save a complete introspection on what it has become. Between a public that turns away, a team that provokes no emotion and a coach who despises his world, Tramezzani limiting himself to expressing himself in Italian in front of the media without anyone finding anything to complain about, there is a lot, a whole system, to change.

But first, there is a place to save. Faced with this great void, we just wonder how and with whom.