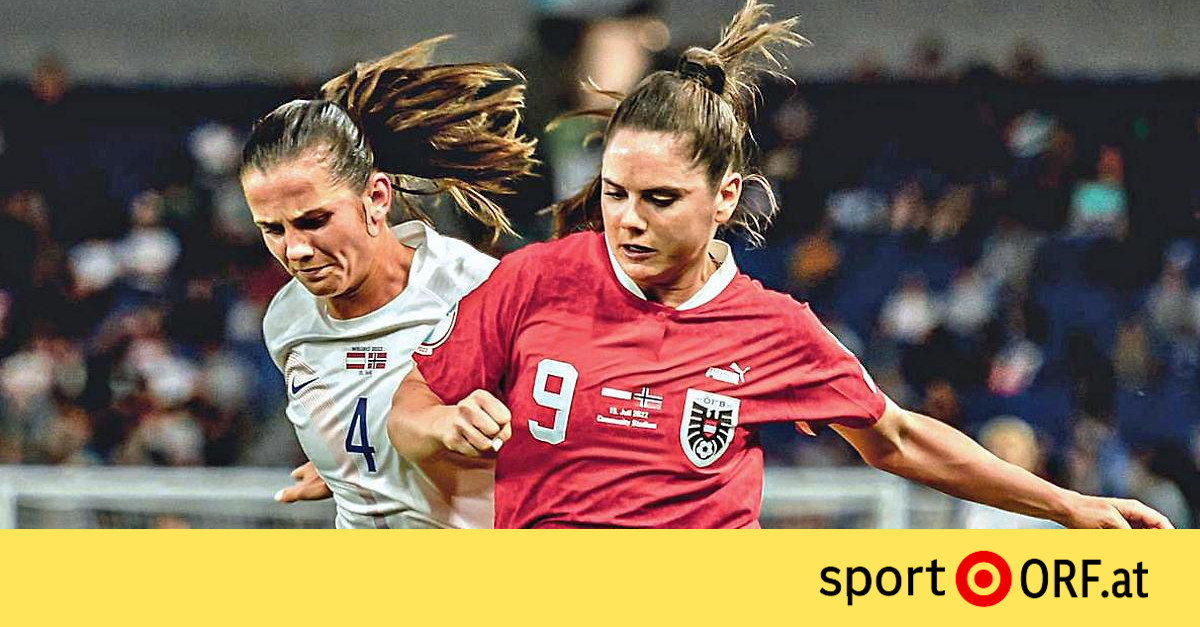 According to the official statistics of the European Football Association (UEFA), the Austrians have covered 344.0 kilometers in the first three games of this European Championship finals and beat the already eliminated teams from Finland (341.7) and Denmark (339.7 ) to the other places. In the game against Norway, which was decisive in the fight for promotion, the ÖFB team covered 117.2 kilometers, the Scandinavians ran 112.8.

In the individual ranking, three Austrians are in the top five: Zadrazil (35.4) in second, Sarah Puntigam (34.4) in third and Verena Hanshaw (33.8) in fifth. Finland’s Emmi Alanen ran the most kilometers in the group stage (36.3). Austria’s running strength is also reminiscent of the previous year, when the ÖFB team also had a player in the top five in Marcel Sabitzer (33.6) in the men’s European Championship finals, at that time a total of 24 teams were involved.

Interview with Sarah Zadrazil before the 100th international match

Playing the 100th international match against Germany is something special.

“Willingness to run has to do with attitude”

In Bagshot, where the Austrian team’s base at Pennyhill Park is located, this statistic comes as no surprise. “This shows that we have acted strongly as a collective so far. That’s exactly what we have to show again against Germany. It’s about staying physically and mentally fresh in order to be wide awake in every situation, whether with or against the ball,” emphasized Fuhrmann on Tuesday.

ORF1 broadcasts the quarter-finals Austria – Germany (Thursday, 9 p.m.) live on ORF1 and in the live stream.

See also  Will the Darmstadt bankruptcy become a valuable defeat for St. Pauli?

The preliminary reporting starts at 6 p.m. with the program “Heimspiel”.

On Wednesday, the press conferences of the ÖFB and DFB teams can be seen live on ORF1 from 4:55 p.m.

Your players feel the same way. “Willingness to run has something to do with attitude and attitude with team spirit. One runs for the other, you can see that in the statistics,” emphasized defender Marina Georgieva. “Especially our midfield unwinds a lot of kilometers, when it comes to pressing, no player is too bad,” said Celina Degen. And top striker Nicole Billa doesn’t forget the defensive either. “We are willing to go down paths that sometimes hurt, do everything, including to defend our goal.”

Austria is looking for degrees

The Austrians are also at the top in other statistics, for example when it comes to shots on goal. 45 goals were shot towards goal, five teams fired more shots, especially England (69th). Barbara Dunst took aim five times, only Sweden’s Stina Blockstenius and Italy’s Barbara Bonansea each had one more shot. However, that was only enough for the desired success three times, none of the quarter-finalists scored less than Austria.

Unsurprisingly, England (14) lead in this category after the historic 8-0 win against Norway. Beth Mead is also on her way to becoming top scorer (5) and top scorer (3) here. On the other hand, the “Lionesses” and ÖFB opponents Germany also conceded the fewest goals (0). Austria is behind, goalkeeper Manuela Zinsberger only had to reach behind her once.

Zadrazil in front of 100: Also in this statistic at the top

Speaking of statistics: In the quarterfinals against Germany, Zadrazil will be the fourth Austrian to play her 100th international match. Only record player Puntigam (123), Carina Wenninger (119) and record scorer Nina Burger (109) are ahead of her. “It’s a special game. 100 international matches, that makes me proud,” said the 29-year-old, who is under contract with Bayern Munich.

A portrait of Sarah Zadrazil

Sarah Zadrazil is an important support, especially in the national team.

“Of course it would be ideal if we also win, then I would never forget my 100th international match,” said Zadrazil. That would be like a sensation on paper. “When you play against Germany than Austria, the roles are always a bit like David versus Goliath. I think the role is really cool, I like it when people don’t have us on the list.” The number of kilometers covered will tend not to fail either for her or for Austria.