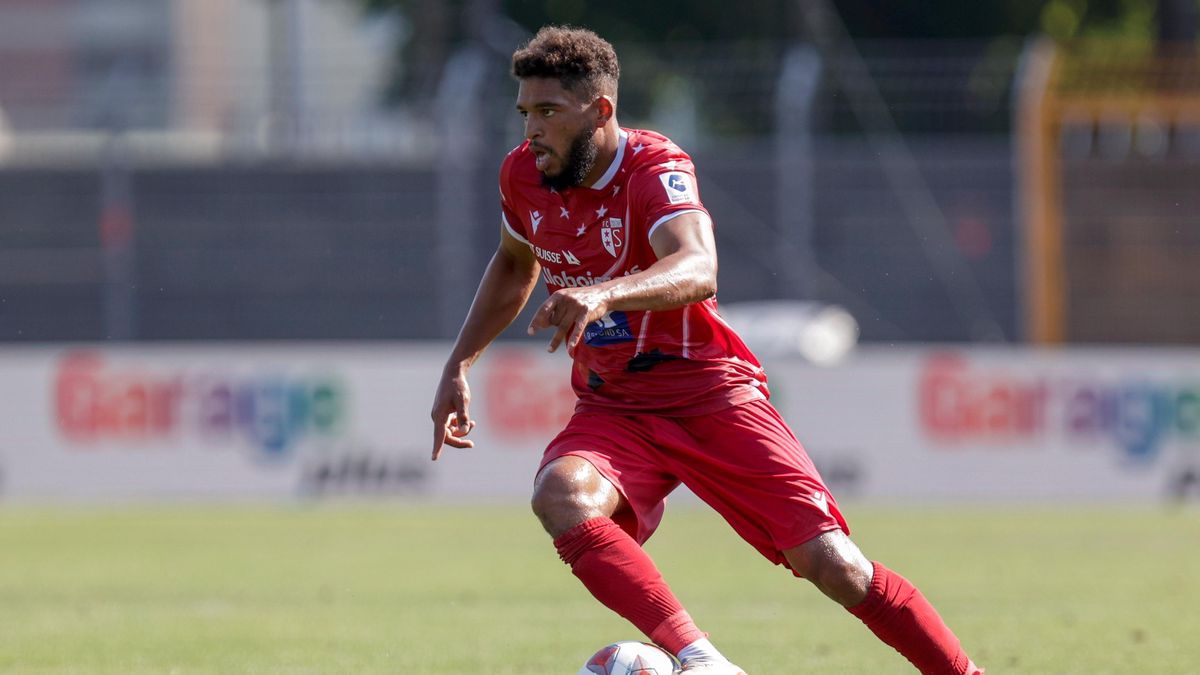 FOOTBALL: Denis-Will Poha: “It’s better to be the butcher than the cow”

FOOTBALL: Denis-Will Poha: “It is better to be the butcher than the cow”

The FC Sion midfielder, author of a very good start to the season, has everything to become a pillar of Valais training. To be confirmed this Sunday in Zurich (2:15 p.m.).

On the ground, he is the one who sets foot and elbows. The one who grinds incessantly, carbide at full speed. Denis-Will Poha, as he demonstrated in FC Sion’s first three matches this season, has everything to become one of the driving forces behind the Valais team. “Compared to my last six months in France (Editor’s note: in Pau, under the leadership of the ex-Sédunois Didier Tholot), I had the opportunity to let go of the horses more, to project myself and to accompany the actions, relishes the 25-year-old midfielder. Before, I was asked more to ensure the balance. I felt like I wasn’t giving everything I had to give. There, there is more freedom and creativity in my game. It feels good, I have no brakes.

So the Breton of Ivorian origin lets go of the horses. He has a blast without sparing others, like his example Arturo Vidal, a famous Chilean midfield fighter. “We don’t care about the opponents, what matters is us, smiles Poha with the air of the cherub, when we connect him to his relentlessness in the duels. As they say, it is better to be the butcher than the cow.” If the contacts were in his eyes “meaner” in Ligue 2, the ex-junior of Guingamp underlines “the intensity of the races, higher in the Super League”.

From this Sunday in Zurich (2:15 p.m.), Denis-Will Poha will continue his discovery of Swiss football which he considers “less arrogant and more respectful” than what he experienced on the other side of the Jura. It must be said that at 25, the one who was European U19 champion in 2016 with a certain Kylian Mbappé has already traveled a lot. Trained in Rennes, loaned to Orléans then to Nancy, the young man spent two years in Portugal (Guimaraes, Portimonense) before landing in Pau. Here he is in Valais, with a contract until 2025. The beginning of a balance, of fulfillment?

“We are in a profession where stability is complicated, smiles the young dad. I don’t regret the fact of having moved, of having gone elsewhere. If I had stayed, I would have had a less rich history. Now that I have two children (note: a 5-year-old boy and a 3-year-old girl)I would of course like that they could not change schools, keep the same friends… I do what I can and I adapt, just like them – in Portugal, they started to speak Portuguese.

Paolo Tramezzani, in any case, appreciates the footballing language of his new player. “I am very happy with everything he has done so far, applauds the Italian coach of FC Sion. In terms of commitment and values ​​on the pitch, he reminds me a lot of someone like Gennaro Gattuso. In terms of positioning, he can evolve in front of the defense or project himself more forward, between a No 6 and a No 8. He still has to assert himself and continue his development. But with time, I think he can become a leader, someone who pulls others. He has the will, the grinta, the character, and that’s what we missed last season.

This “gnaque”, this energy, Denis-Will Poha draws it from a natural enthusiasm. “I never thought of doing anything other than football, I love it so much.” And above-average determination. “In training, I already try to knock myself out, explains the one who impresses with his physical volume. I like combat sports and sometimes I’m a bit “matrixed”, inspired in a way. You have to hurt yourself. I like this mentality of combat sports, where you tell yourself that you have to hurt yourself more than your opponent to win in the ring.

The method once transposed on a lawn, it moves. This Sunday, against the Zurich champion at Letzigrund, like last Saturday in front of Servette at Tourbillon (0-0), Denis-Will Poha will set foot, play elbows. Project yourself forward to create gaps, go back to fill them. It will boost, grind, carburize. Like an engine, with its cherubic airs.