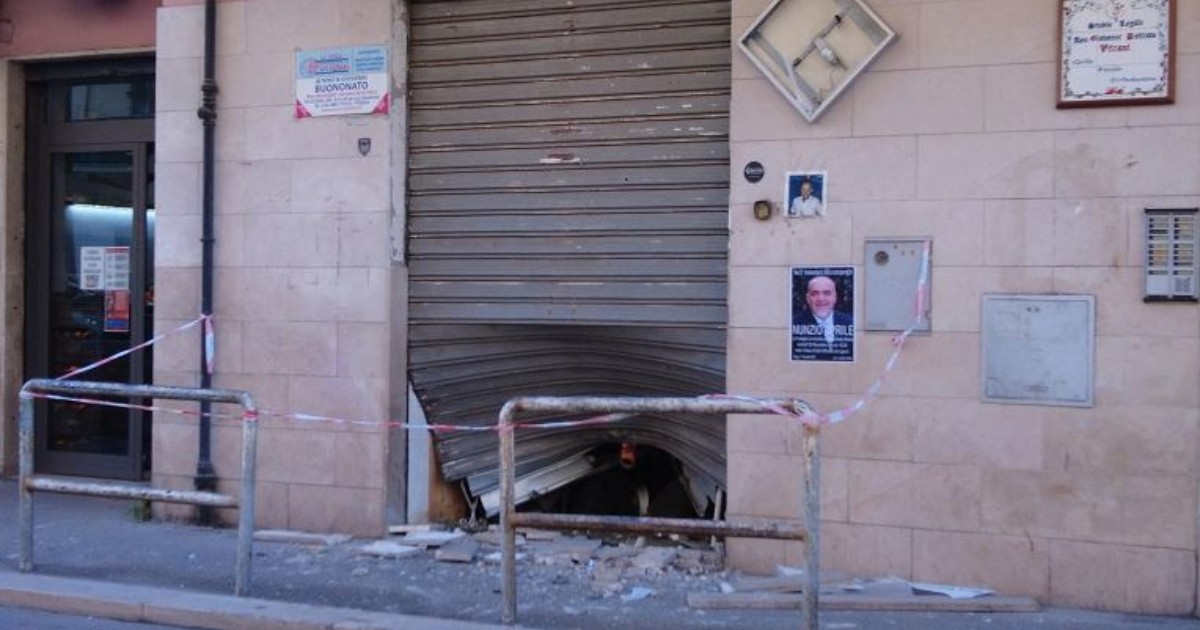 Foggia, the bomb strategy returns: eight bombs in eleven days against entrepreneurs and traders, the mafia tries to raise its head

Threats to the sound of bomb, eight in just 11 days. There terror strategy from the Foggia crime ai entrepreneurs premises has started again with greater violence also in 2022. From the New Year’s Eve eight hits were scored between the capital and some towns in the province: a San Severo there were 4, with the two exploded in the course of the night just passed, three attacks a Foggia, among which also a fire, and another bomb was detonated in Vieste.

In the night between Monday and Tuesday, in San Severo a shop of hairdresser in via Checchia Rispoli: at 3.30 a bomb destroyed the entrance, three shutters and the shop windows. Shortly after when another bomb went off in front of a shop piric games in via Meucci. For the investigators of the District Anti-Mafia Directorate of Bari who coordinate the activities of the Mobile Team and gods carabinieri there could be asingle matrix since the two bombs were placed and detonated almost simultaneously, within minutes of each other.

“Four bombs since the beginning of the year, in ten days, represent a coward declaration of war against the whole city of San Severo, against an entrepreneurial, commercial and artisan fabric already on the ropes, against the future of an entire community that deserves due respect and cannot submit to the abuse of power pochi vili committed to crime ”, said the mayor of San Severo Francesco Miglio who, after expressing maximum solidarity with the victims, invited the Minister of the Interior Luciana Lamorgese to visit the Capitanata area “not only to announce closeness and solidarity to our population, which at this moment feels left alone, but also to announce concrete measures to be implemented in the coming weeks to foil an overall plan and strategy put in place by the mafia association to keep in check this population and this territory “.

“I expect – added Mayor Miglio – the arrival of Minister Lamorgese in the next few days, otherwise we, as a population, will go to Roma to claim the attention we believe we deserve at the moment “. The first attacks in the municipality of the province of Foggia were recorded on New Year’s Eve when the mala blew up a profumeria it’s a car dealership. Blatant, sensational gestures. Ambushes that in criminal language must carry a clear message: pay the protection payment. The same message that the clans of the Foggia company, who control the capital city, wanted to get other victims: three attacks in the city including a fire and then two bombs, the first in the quartiere Pocket against a van of the company New Coffee 0861 and the second against against a flower shop in via Guido D’orso.

But also in Vieste, a tourist resort in the Gargano, crime brutally made its voice heard, but unlike the others, in this case the goal was not a commercial exercise: in the night between 6 and 7 January in fact a bomb exploded in front of the home of a 39-year-old in the historic center. The beginning of 2022, in Foggia, resembles the balance of one war zone. But it is not the first time. It had already happened in the first days of the last few years: in the first 11 days of 2021 there were 4 bombs placed by the bad and the same number at the beginning of 2020. A sort of “rite” to remind the territory who is in charge. Now, however, the number of attacks has risen dangerously. Magistrates and law enforcement agencies are continually working to stem the power of the mafia, defined by the national anti-mafia prosecutor Cafiero de Raho the “enemy number of the state”. But obviously something else is needed. In recent years, the institutions have received an invitation to report and trust in the state, but without great results. At least for now.