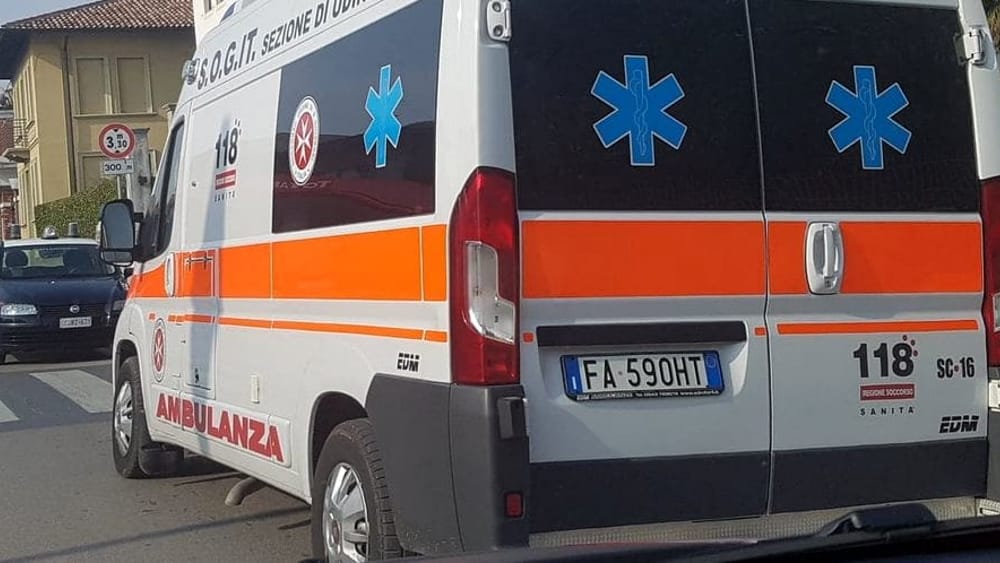 The first incident occurred around 8.50am yesterday in Via Bersaglio at street number 15 when a truck, driven by a 50-year-old from Udine, traveling in the direction of via Pracchiuso hit a pedestrian, a 30-year-old young woman living in Pinzano al Tagliamento, while she was crossing the road.

Immediate intervention of the rescuers they have transported the woman to the hospital for medical examinations of the case. It wouldn’t be life threatening.

The second accident occurred in Viale Venezia at the intersection with via Ternova around 1.15pm.

Protagonists of the accident, a young 21-year-old resident in Naples, driving a Chevrolet Matiz traveling towards the city center from Pasian di Prato, and a second 23-year-old girl residing in Udine driving a Renault Clio.

According to the first reconstructions, the Chevrolet Matiz arrived at the intersection with via Ternova, at the roundabout it collided with the second car driven from the 23 year old.

The latter was then taken to the hospital for some tests.

The third accident also occurred in Viale Venezia at the intersection with Viale Firenze around 3.50 pm when a Ford Transit truck, driven by a 44-year-old man living in Rivignano Teor and a second truck, a Peugeot 170 C, driving ‘was a 35-year-old woman from Udine, yes they are collided at the intersection with Viale Firenze for reasons that are still under investigation.

In the collision, the two cars also knocked down a traffic light pole. The woman was transported to the hospital for the investigation of the case.

Local Police intervened on the spot for the findings of each accident.