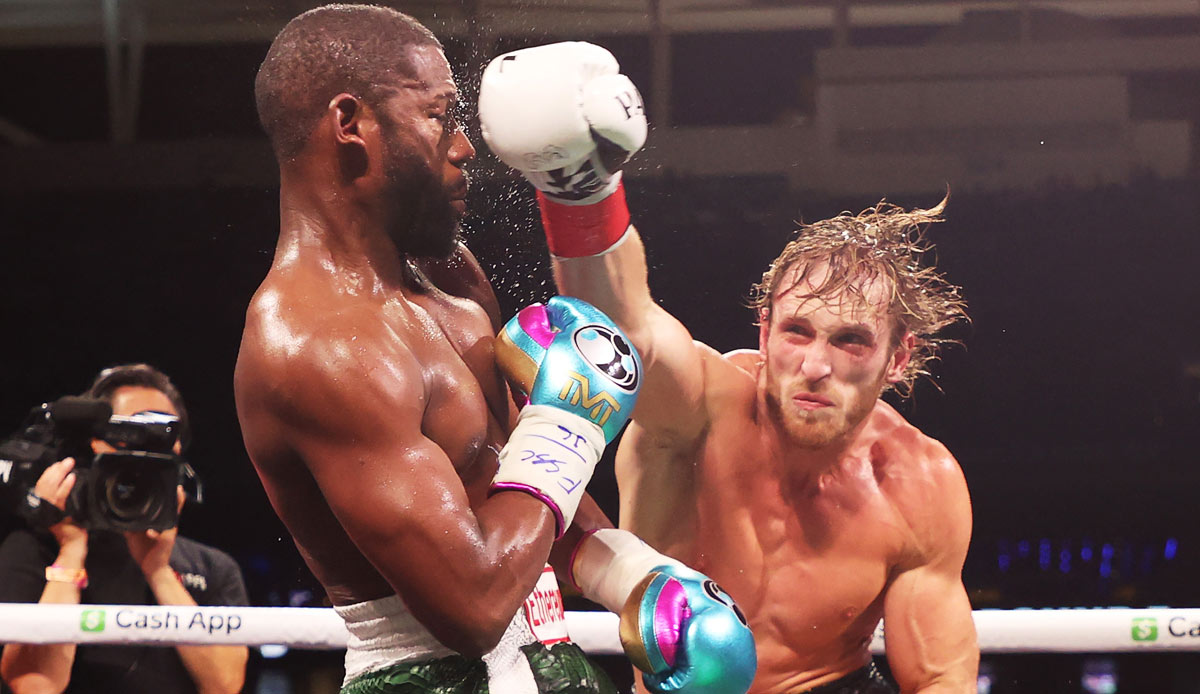 Boxing legend Floyd Mayweather (44) dominated the exhibition match against YouTube star Logan Paul (26), but failed to send his opponent to the ground. For the multiple world champion, it was the first return to the ring since December 2018.

At the Hard Rock Stadium in Miami, “Money” Mayweather and Paul faced each other in an eight-round three-minute match. There would be no referee and an official winner, that much was already clear before the duel. However, a knockout would have been allowed.

Mayweather, who actually ended his career in 2015 with a perfect record of 49-0, missed it against the 18 years younger and up to 30 pounds heavier opponent. So the fight went over the full distance, even if Paul increasingly ran out of breath and especially in the last two rounds there was a lot of clinging.

According to Compubox statistics, Mayweather landed 43 hits out of 107 hits, which corresponds to an impressive hit rate of 40 percent. 36 of the 43 hits were also power punches, Paul only hit 28 of 217 hits (hit rate: 13 percent).

“He was better than I thought,” Mayweather said afterwards. “He surprised me tonight. Good job. Good little man.” Mayweather emphasized that he had fun: “You have to remember that I’m not 21 anymore.” He ended his boxing career, “but I haven’t resigned from entertainment. Nobody has to watch, nobody has to pay.”

Paul, who had only had two fights against YouTuber KSI in his boxing “career”, explained: “Nobody should ever tell me again that something is impossible. The fact that I am standing here with one of the best boxers of all time, shows that there is always a chance. ” He still can’t understand it: “This is the best moment of my life.”

For the fight that is based in the US as a pay-per-view Showtime was seen, Mayweather claims to have cashed in between $ 50 million and $ 100 million. He had already stated in advance that he “probably” would also play against Logan’s brother Jake Paul. He also tries his hand at boxing, but with a little more success than Logan: On August 28, he will face ex-UFC world champion Tyron Woodley.

That Mayweather even tackled the spectacle against Paul didn’t go down well with everyone in the boxing world. World champion Canelo Alvarez tweeted the “Facepalm” emoji during the fight. “Floyd is not doing well,” tweeted ex-UFC star Daniel Cormier about the fact that Paul survived eight rounds with the “greatest boxer of all time”.

UFC heavyweight champ Francis Ngannou tweeted, “It’s crazy that Logan Paul just made $ 20 million in an exhibition match. What are we doing wrong?”

Such comebacks are nothing new for Mayweather himself: In 2017 he won a fight against UFC superstar Conor McGregor, in 2018 he got into the ring against the Japanese kickboxer Tenshin Nasukawa.