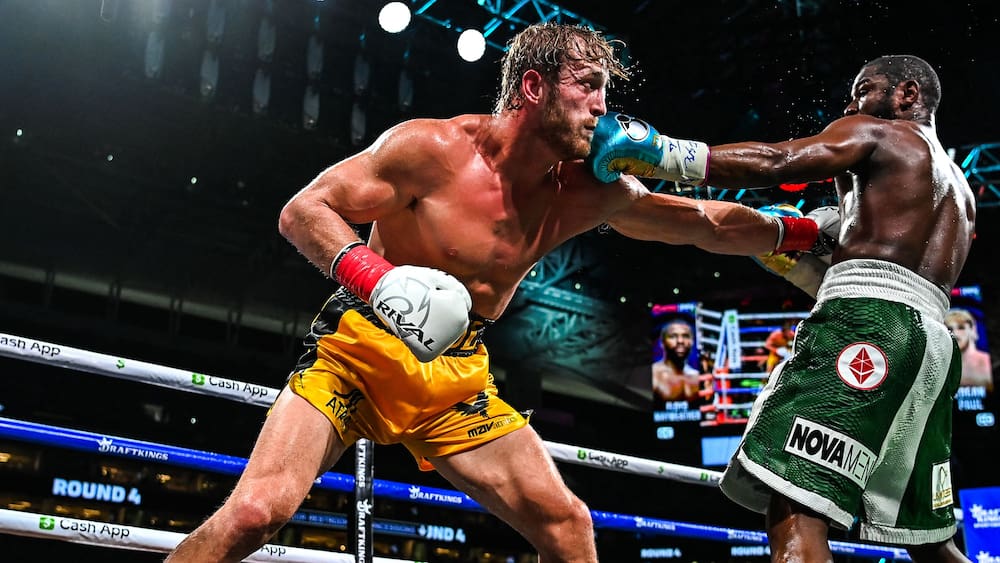 There was no official winner in yesterday’s fight between Floyd Mayweather Jr. (44) and Logan Paul (26). After all, the boxing event in the Hard Rock Stadium in Miami Gardens, Florida (USA) was announced as an “Exhibition Fight”, that is, as an exhibition fight without a referee. Most boxing fans, however, hoped that the seasoned Mayweather would send his competitor onto the boards. This wish was not fulfilled – even if Paul had to take a lot.

Because boxing legend Mayweather was so miles away from the Youtuber in terms of experience and talent that even the age difference of 18 years was of no use. After the third round, Paul was noticeably out of breath and was only able to protect himself from the precise strokes of the champion by attaching and hugging. With this tactic, however, the difference in size and weight was clearly beneficial to him. Even if Mayweather boxed as well in the seventh round as in the first, he simply didn’t land a decisive hit. So on paper the boxing match ended in a draw – even if no one would deny that Mayweather clearly dominated.

Logan Paul’s fight against Floyd Mayweather Jr. was a battle of contradictions. Paul is 1.88 meters tall and 86 kilos, Mayweather 1.73 and 70 kilos. Paul became famous through online pranks and Youtube controversy, Mayweather is one of the most legendary athletes of all time. Paul has only fought one fight in his professional boxing career (which he lost) and Mayweather has 50 wins (and zero losses).

Despite – or perhaps because of – these contradictions, Paul vs. Mayweather became a mega-spectacle. Numerous stars cavorted in the well-filled Hard Rock Stadium. If you wanted to watch the exhibition match at home, you had to spend a whole 50 dollars for it. The seven rounds were worth it for both boxers. Floyd announced in advance that he would probably earn between 50 and 100 million dollars, Paul said he was paying 20 million. Even if boxers like to exaggerate their earnings, neither should complain about money problems.

However, many boxing fans cannot get much good out of the event. Because sport was only of secondary importance here. “Logan wants to be the greatest entertainer in the world,” said his manager Jeff Levin openly to “Bloomberg”. “For him, sport is just another form of entertainment.”

The talent of Logan Paul – and also his brother Jake (24), who also got into the boxing business – does not lie in technique or endurance. Instead, the two above all generate attention. Influencers regularly go viral with their social media posts, preliminary interviews and marketing stunts. When Jake Paul Mayweather stole his cap from his head at a press conference, the prank dominated Twitter trends for days. The math is simple: the more people watch, the more money you can make. Mayweather knows that as well as the Paul brothers.

Therefore, the sports legend should hardly be of interest to criticism from boxing purists. Mayweather has even announced another exhibition match. The next thing he wants to do is go into the ring against Logan Paul’s brother Jake. With such decisions he lives up to his nickname “Money” Mayweather.