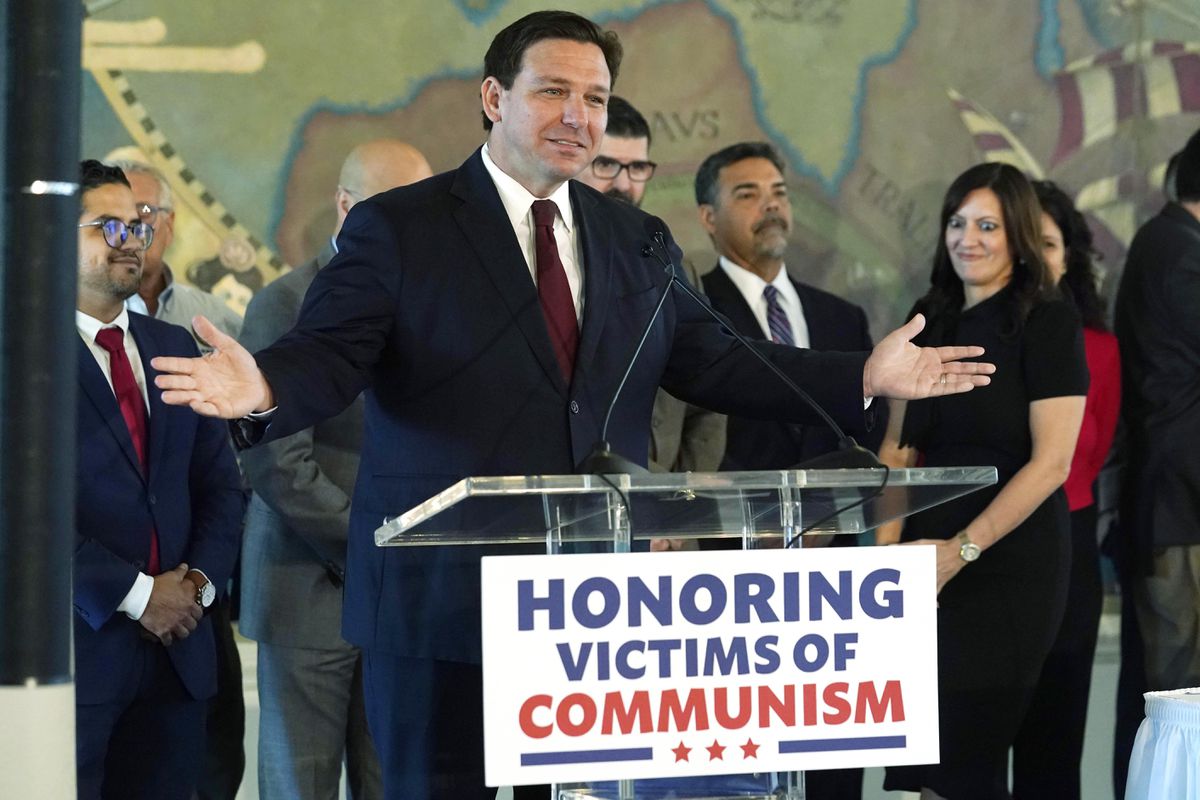 The Russian Revolution is known as the October Revolution, despite the fact that, due to a mismatch between the Julian and Gregorian candlesticks, it is commemorated on November 7. It will never be like this again in Florida, where its governor, Republican Ron de Santis, has signed a law to make this the Day of the Victims of Communism, a state holiday that honors “the hundreds of millions of people who have suffered under communist regimes around the world. DeSantis has also approved an allocation of 25 million dollars to restore the Freedom Tower, the building in downtown Miami that welcomed the first exiles after the Cuban Revolution, and has decided to name three state highways with the names of “ brave Cubans who fought against the regime of [Fidel] Castro”.

DeSantis, one of the most charismatic governors in the United States, and one of the few capable of grabbing national headlines almost every day, has explained in a tweet that with the measure he seeks to “honor those who have suffered under communism and remind people the destruction it has caused around the world, including a death toll that exceeds 100 million. In Florida, we will tell the truth.” In an official statement, he later added that “teaching our students about these atrocities is the best way to ensure that history does not repeat itself. (…) Although it is fashionable in some circles to whitewash the history of communism, Florida will defend the truth and continue to be a spearhead for freedom”.

The new rule requires high school students to receive, starting in the 2023-2024 academic year, at least 45 minutes of class on topics related to communist regimes and “how their victims suffered,” the statement continues. DeSantis, who is seeking re-election in November, is also one of the most prominent members of his party in the race to present a viable alternative to Donald Trump’s candidacy to seek re-election in 2024 for the White House.

Governor since 2019 and congressman in Washington between 2013 and 2018, his performance in office has been characterized by promoting laws to intervene in educational programs in Florida. The best known is probably the Parental Rights to Education Act, popularized by its detractors as the don’t say gay (Don’t Say Gay), because it prohibits discussion in class between teachers and students about sexual orientation and gender identity until the age of nine, it allows it in later courses, but only when it is considered “appropriate for the age or development” of students and encourages parents to report teachers who skip it. That law has confronted him with the multinational Disney, and in retaliation he has revoked the privileges associated with his Disney World theme park in Orlando, after its executive president, Ron Chapek, criticized the initiative.

The governor signed the new rule in a ceremony held at the Freedom Tower, a building that housed the first exiles who arrived in Cuba in the early 1960s to escape the Castro regime, in power since 1959. Today it houses a museum on design and a center dedicated to the memory of the Cuban Legacy and the Exile Experience. DeSantis appeared surrounded by officials and leaders of the Cuban community and exile, according to the agency Efe.

The memory of Oswaldo Paya

Among them was Rosa María Payá, daughter of the opponent Oswaldo Payá, leader of the Christian Liberation Movement and Andrei Sakharov Prize for Human Rights of the European Parliament in 2002, who died in 2012 in the eastern province of Bayamo, in Cuba, in a traffic accident. in which another opponent, Harold Cepero, also died. The Spanish politician Ángel Carromero (PP), who was sentenced to four years for reckless homicide, was driving the car. Payá’s family went into exile in 2013 in Miami. “Next July will be the tenth anniversary of my father’s assassination at the hands of the Cuban regime,” said Rosa María Payá. “There are at least a thousand political prisoners in Cuba for peacefully marching demanding freedom. It is time to stop this process, this factory of victims of communism. I appreciate this initiative and the fact that we are honoring the victims of communism by teaching young people about its evils.”

A highway in Miami-Dade County will be named after Oswaldo Payá. One plaza will remember Arturo Díaz Artiles, a pharmacist who was key in the lives of exiles in Miami, and another avenue will honor the memory of Coralia Capdevila, founder of an emblematic Cuban restaurant in Tampa Bay, in the center of the State.

subscribe here to the ‘newsletter’ of EL PAÍS America and receive all the key information on current events in the region.