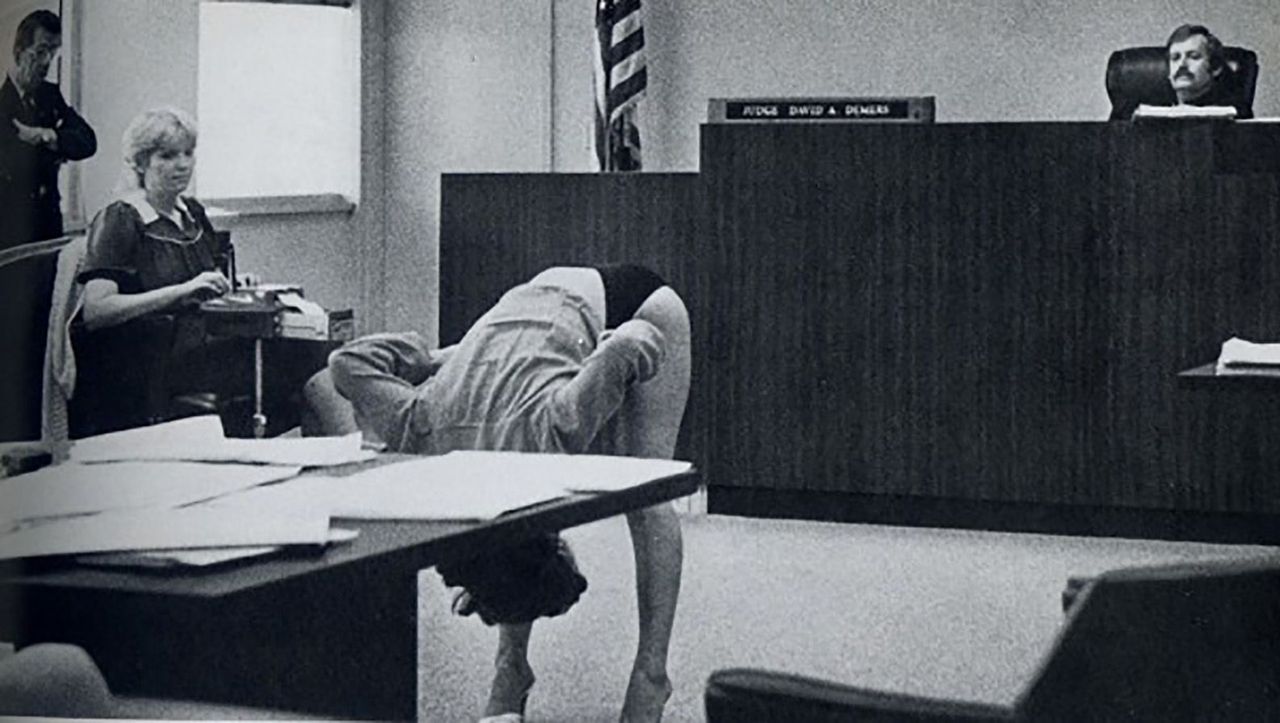 It was a clear statement: The 20-year-old stepped in front of the judges’ table, turned on her high heels and held out her buttocks to judge David Demers.

At first glance, the situation in the photo looks like a provocation. But given the serious faces of everyone involved, says photographer Jim Damaske, the appearance was not misleading. Because the trial was actually about what the judge saw.

Damaske was the observer of this strange incident in the Pinellas County courtroom in Florida in 1983. He worked for the local newspaper “Clearwater Sun”. “Our court reporter had received a tip from the lawyer that something like this would happen,” said the 61-year-old when asked one day. After a whole professional life as a photo reporter, most recently more than 30 years with the “Tampa Bay Times”, Damaske retired a few weeks ago. That day he shot his most printed photo.

Three nightclub dancers were accused of “showing too much” when they leaned forward during their performance. The accusation: “immorality”. They violated a Pinella district ordinance that prohibits nudity in places where food and drink are served to protect health, public order, and community morality.

The judge worried about his career

Covert investigators had reported the three dancers and appeared as witnesses in court. However, the defense attorney told the judge that the women’s panties were too large to show what the police said they saw. Therefore, the lawyer suggested that the women could demonstrate their appearance in the firm so that Judge Demers could get an idea of ​​it himself.

Demers was only four months in office at that time. He was at the beginning of a career he hoped would be long and successful. He probably saw this goal in jeopardy if he were to let strippers lead him forward: “Oh no, they won’t do that in the firm. If at all, then in court,” Demers informed the lawyer.

At that time, Demers said in an interview in 2012 that the women would not do so in the courtroom. But they did.

“I looked at the girl and thought, whatever happens, I shouldn’t have any facial expression. Don’t smile, don’t frown. Do nothing. Because whatever it is, it will be misinterpreted.” It worked out pretty well. “When you look at the photo,” said Demers, “my face is as blank as possible – and that was pretty deliberate.”

After two of the women showed the poses in question, the judge decided that their underwear would not reveal too much. With their unconventional appearance in court, the dancers had proven their innocence.

Damask’s photo spread through the UPI news agency and later appeared in a textbook for photojournalism. In Germany, photography is not allowed during ongoing negotiations; on the other hand, a cameraman and a photographer had only just been approved in US courtrooms at the time – provided that they shared their material with other media. The local court appointment had paid off for photo reporter Jim Damaske.

And Judge Demers? When he had resigned from office after 31 years, he had resigned himself to the fact that this was undoubtedly the case with which he would be remembered.