The Mar del Plata woman Florencia Borelli was crowned the winner of the women’s category of the Buenos Aires International Marathon, which had the Bolivian Héctor Garibay as the winner among the men, in a day in which more than 13,000 runners participated.

Borelli returned the victory to the country in the women’s division, finishing first after running for 2:32:28. The last winning compatriot was Andrea Graciano, on October 9, 2011.

28-year-old Borelli arrived driven by the motivation of her young son, who wrote her a message (“Mom, with everything”) that she reread at the start line, located at Avenida Figueroa Alcorta and Monroe.

“The support of my family was fundamental. My sister Mariana, who was on the other side of the fences, accompanied me here. I loved running in Buenos Aires, it is the first time I have done it at this distance because I always ran the half marathon ”, said the two-time 21k winner (2016 and 2017).

“I did not expect to win”

Garibay, 31, an athlete from the city of Oruro, located at 3700 meters above sea level, completed the 42 kilometers of the Buenos Aires competition with a time of 2:11:58 that set a new national record in his country .

The Bolivian was escorted by David Rodríguez (2:21:54) from Chubut, who became the Argentine champion of the specialty and received the medal from Mariano Mastromarino from Mar del Plata, the last athlete to win the BA Marathon in 2014.

Third place in the marathon, which had 3,646 registrants, was held by Ulises Pedro Sanguinetti from Buenos Aires from Tres Arroyos with a mark of 2:24:58.

The absence of African athletes, who had dominated the test in the past five editions (in 2020 it was not celebrated due to the Covid-19 pandemic), opened the possibility of an Argentine victory in men, but Garibay, especially arrived in the country on Thursday past, it ended with hopes.

The Bolivian had the best performance of his career: he lowered his best time by more than 10 minutes and smashed his country’s record set at 2 hours and 17 minutes. He was just 28 seconds behind the minimum qualifying value for the 2022 Oregon World Athletics Championships.

“It was my first time in Argentina, I didn’t expect to win. I came for the national record. I am very happy for this victory. I was training very hard in my city and here it was more comfortable to run because there is more oxygenation. In the course of the race I felt more confident and started to go stronger and stronger, “he told ESPN after crossing the finish line. 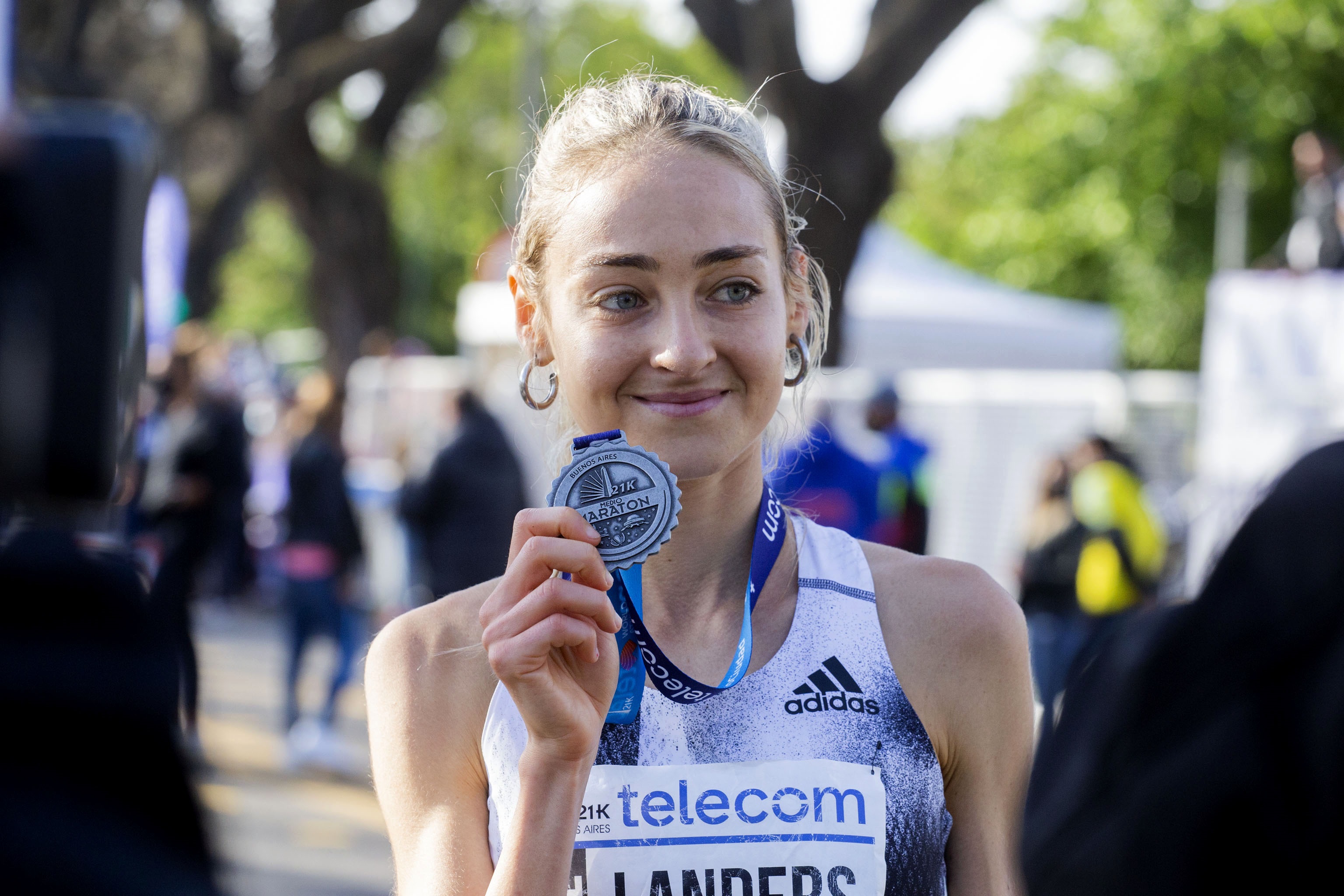 Manrique arrived escorted by Joaquín Arbe, an Olympian in Tokyo 2020, and Landers relegated Rosa Godoy, who was seeking her fourth consecration in the Buenos Aires half marathon after celebrating the races of 2008, 2010 and 2015.