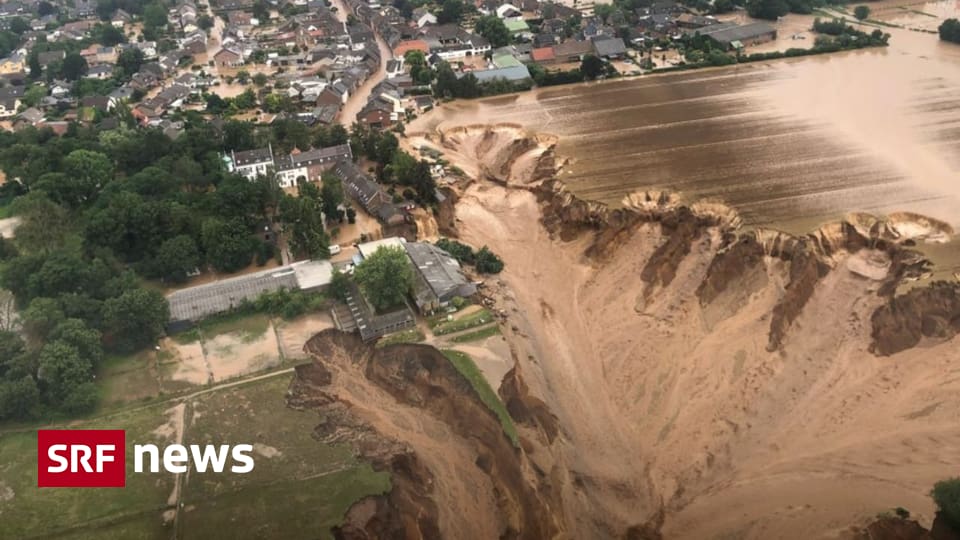 Immense damage in the disaster area

In Erftstadt – a few kilometers southwest of Cologne – the floods caused massive damage. 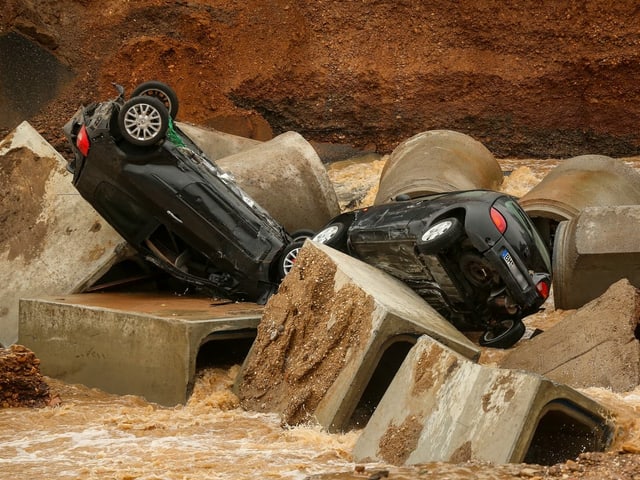 In Erftstadt, cars like toys were swept away by the masses of water. 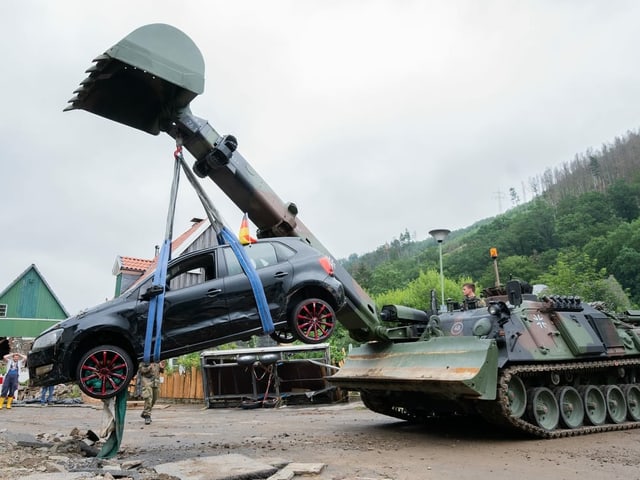 In Hagen (North Rhine-Westphalia), the army is helping to clean up with heavy equipment. 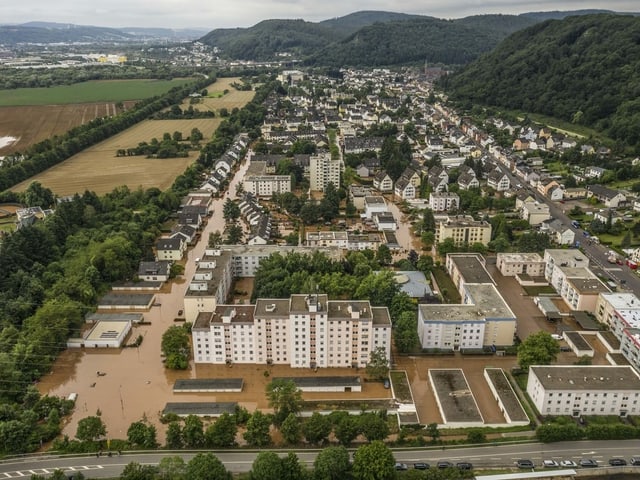 The Quint quarter in Trier (Rhineland Palatinate) is under water.

Due to guilt (Rhineland-Palatinate), the first massive damage and fatalities were reported on Thursday morning.

By Friday evening, 106 deaths were counted as a result of the floods. According to official information, at least 63 people were killed in Rhineland-Palatinate and 43 in North Rhine-Westphalia. It is to be feared that the number of victims will continue to increase, said North Rhine-Westphalia’s Prime Minister Armin Laschet (CDU) on Friday after a special meeting of the State Cabinet.

Dead in Belgium – evacuations in Maastricht

The death toll related to severe weather in the eastern Belgium has risen to at least 20. In addition, other people are missing, as the Belgian news agency Belga reported. In addition, 21,000 households are currently without electricity.

Interior Minister Annelies Verlinden had made use of the EU’s civil protection mechanism, and France, Italy and Austria had offered help.

The southern dutch The city of Maastricht has called on around 10,000 citizens to leave their homes and to get to safety from the floods. It is expected that at night the Meuse will overflow so strongly that residential areas will be flooded.

The city of Roermond also evacuated districts, and several hundred people had to leave their homes. The water levels of the rivers in the Netherlands swell quickly due to the water masses. The army sent several hundred soldiers to help.

Numerous people are still missing in both federal states. The situation remains tense in many places. The Ministry of Defense triggered a military disaster alert because of the emergency. This means that decisions can be made more quickly by those responsible on the spot, explained a ministry spokesman. There are already more than 850 soldiers in action. The rescue and clean-up work continues in the disaster areas.

The state governments of Rhineland-Palatinate and North Rhine-Westphalia, among others, provided advice on help for the people and companies affected. The federal government wants to decide on construction aid for citizens and municipalities in the coming week, as a spokesman for the finance ministry said.

Huge holes in the ground

In Erftstadt-Blessem southwest of Cologne there were landslides of enormous proportions on Friday, huge holes in the ground formed. Houses were washed away and collapsed. “There are fatalities,” said a spokeswoman for the Cologne district government. The situation was still confusing at noon. The responsible district administrator of the Rhein-Erft district, Frank Rock, said on the television station ntv that he still had no concrete number of fatalities or missing persons. 50 people were rescued with boats. The tide came very quickly. Sinks would have been under water within ten minutes. There was hardly any time to warn people. “It’s a catastrophic situation like we’ve never seen here,” said Rock.

According to police reports, just under 100 people are missing in Rhineland-Palatinate, Interior Minister Roger Lewentz said on Deutschlandfunk in the morning. According to the Federal Office for Population and Disaster Protection (BBK) in Bonn, 23 cities and districts are affected by floods in North Rhine-Westphalia.

In Rhineland-Palatinate, the Ahrweiler district is the focus of the disaster. In the village of Schuld an der Ahr alone, with 700 inhabitants, several houses were swept away by the masses of water, and numerous other buildings, some severely damaged. There was also considerable damage in other regions of the Eifel as well as in the Trier-Saarburg district.

Merkel informs herself via video link

Chancellor Angela Merkel was informed on Friday evening in a video conference from the coordination group of the North Rhine-Westphalian Ministry of the Interior about the current situation in the disaster area. According to a spokeswoman for the federal government, Prime Minister Armin Laschet and Interior Minister Herbert Reul were also present during the conversation with the Chancellor. Merkel assured short and long-term support from the federal government for the people affected in the flood areas.

Prime Minister Malu Dreyer (SPD) said that federal aid was needed to rebuild the affected areas. “It is very clear that this disaster cannot be overcome by the country alone, and certainly not by the municipalities,” she emphasized in the ZDF “Morgenmagazin”.

In long-distance traffic, among other things, the Cologne-Wuppertal-Hagen-Dortmund section is currently not passable. Prime Minister Laschet said on Thursday in the ZDF program “Maybrit Illner” that ways must be found to get roads, bridges and other infrastructure going again very quickly. The country will help, but “a great national effort is also needed so that the worst things can be eliminated quickly”. Chancellor Angela Merkel also pledged help.

Out of respect for the victims and their relatives, we have deactivated the comment function for this article. We thank you for your understanding.