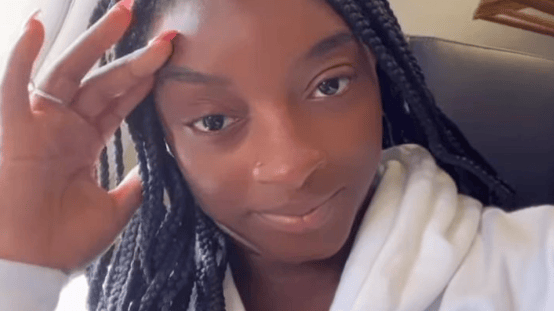 The star gymnast Simone Biles made a curious anecdote public on Instagram. The 25-year-old was estimated to be a lot younger.

Yes, artistic gymnasts are mostly young and not particularly tall. Simone Biles, one of the most successful gymnasts of all time, measures just 1.42 m. The American won Olympic gold four times and was world champion 19 times (!). Biles is now 25 years old and is almost a thing of the past in the artistic gymnastics scene.

Now she made a curious scene public on Instagram. She had previously been honored with the Medal of Freedom by US President Joe Biden in the White House. A short time later, as she boarded the plane in Washington DC, a flight attendant offered her a coloring book. “I said, ‘No thanks, I’m 25 years old’,” Biles said on Instagram.

After the embarrassing incident, another flight attendant tried to offer Biles a drink. “But she asked me if I was old enough to drink alcohol,” the gymnast continues.

Biles is always in the spotlight because of her height. Like when she was standing next to basketball legend Shaquille O’Neal and it was difficult to bring both to a landscape format. However, the gymnast has recently made a public appearance when she opened up about her mental problems. She also suffers from this because she was one of the victims of former American team doctor Larry Nassar. He was sentenced to 175 years in prison for sexually abusing hundreds of gymnasts.