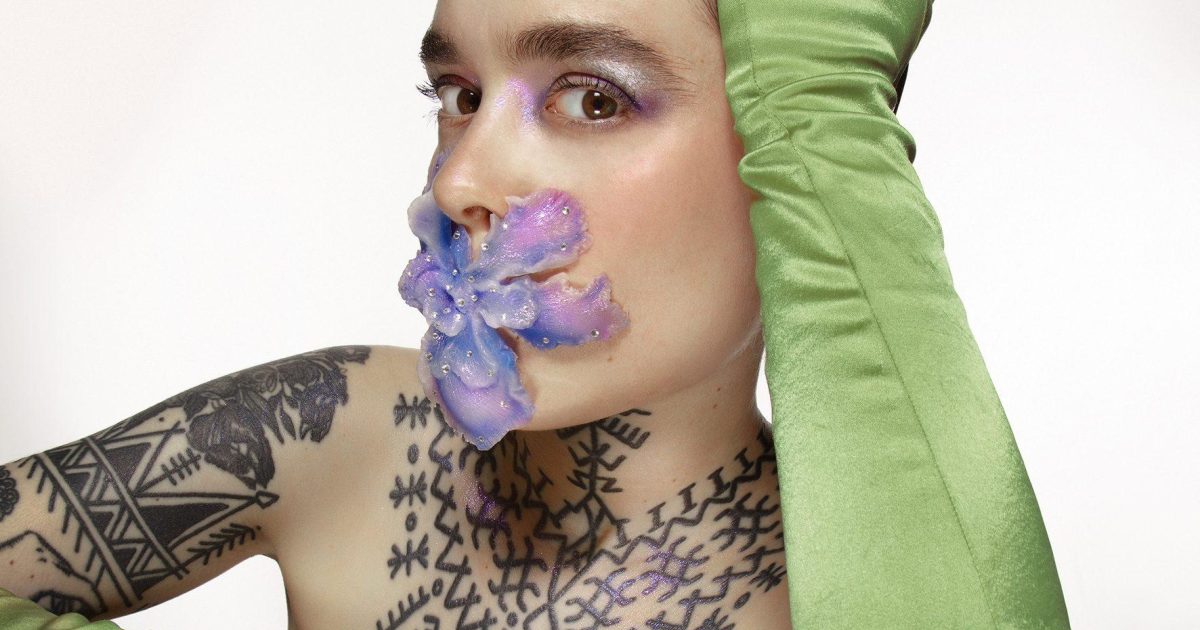 Seeing Flèche Love on stage, we are instantly bewitched by her warm, deep voice. Then we are dazzled by a unique charisma and a generous performance. Born in Switzerland and of Algerian origin, the former voice of the group Kadebostany sings in different languages, English, Spanish, Arabic. Diverse influences that create a distinct ensemble: organic and synthetic sounds undulate on electronic rhythms, an intensity reminiscent of Portuguese fado, oriental intonations, a voice that rebels when it chants its texts or cries on magnetic sounds. By exploring his discography and his videos, we are projected into a dreamlike and hypnotic visual universe.

Flèche Love, Amina Cadelli in her civil status, is an artist in her own right. She writes, composes, produces, dances. His talents are many. We realize this from our first exchanges: she presents her ideas for the photo shoot, prepares a precise concept. Because she wishes to transmit to us a universe as visual as musical. “I am sensitive to everything, I want to build and share an enveloping and coherent experience.”

Music is one of the tools she uses to convey her ideas, but her curiosity and imagination allow her to explore all kinds of fields. “I’m interested in all kinds of things, such as ethology or writing, I’m actually writing a book.”

She concretizes her ideas by calling on local creatives who inspire her, in particular Olivia Schenker, who produced this portrait, and Chaïm Vischel, make-up artist who sculpted the flower, an iris, which adorned her face during the photo shoot. .

Why the iris? Because it is sensitive to the symbolism that surrounds this plant: spring flower with protective virtues in Japan, it is also the name of the messenger of the gods in Greek mythology, one of whose tasks is to guide women in death. . “I wanted to have a slightly magical side, by using this floral element. What touches spirituality and the collective unconscious inspires me. And I thought it was quite funny, for an interview, that people didn’t see my mouth!

Her music is also covered with themes that have questioned her since childhood, such as issues related to minorities. “My mother being a Muslim, I will remember all my life the racism suffered after 9/11. Boys who were my friends the day before told me to go back to my country the day after the attacks.”

If the visual creation allows him to generate synergies, the musical creation remains for Flèche Love a solitary work. “It’s a very personal work process, and I think that ultimately comes through in a result that has fewer compromises.” Finally the scene comes to concretize his reflections. “I find live exciting, it’s a huge job, nothing is left to chance. I wouldn’t be able to do it in a row, it’s a performance that gives me the impression of opening myself up in two. I prefer to shoot a lot less and keep a form of intensity.

All the more reason not to miss her on the Festi’neuch stage on June 9, 2022.

To receive the latest articles from Femina, subscribe to the newsletters.