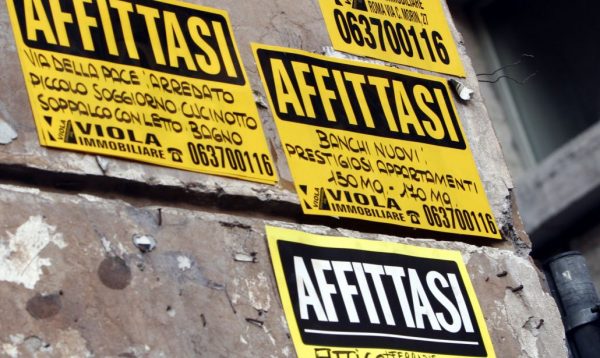 In the majority there is still no agreement on the tax reform. On the one hand Lega and Forza Italia, which have already lost the battle over the land registry reform. On the other, Movimento 5 Stelle and PD, which intend to touch the house also through the dry coupon. It is an optional regime which can be used by the owners of properties rented for residential purposes. It consists in subjecting the rents to a flat tax of 21%, a rate that drops to 10% for the agreed rents. This measure was introduced by the last Berlusconi government and for the center-right it is an untouchable flag.

The center-left would like to raise the tax rate from 21% to 26% on the assumption that the income produced by real estate should be taxed exactly as much as that deriving from financial investments. Among other things, there is debate on whether even the yields of government bonds to 26% from the favor rate currently set at 12.50% should be stalked.

How the dry coupon works

The dry coupon has helped to bring out many contracts rent in black, clearly for the benefit of the tenants, who can enjoy the regulatory protections, as well as the deduction of fees in the tax return. It also replaces the registration and stamp duties upon registration of the contract. But the owner of the property must annually notify the tax authorities whether he intends to make use of this option or not. For the entire period in which he does so, he will not be able to adjust the fee to the index of theISTAT inflation.

In recent years, this limit was not perceived as such by homeowners, thanks to low inflation. Now, things are changing. The fact that the ordinary rate of the dry coupon is slightly lower than the minimum IRPEF at which the fees with the ordinary regime would otherwise be taxed, does not mean that the convenience is always and in any case.

Let’s take a practical example. Let’s imagine that you rent a property for 500 euros a month, that is 6,000 euros a year. And let’s also assume that we have other retirement income for just 7,000 euros, so we have a choice before us: use the flat rate coupon at 21% or opt for the ordinary regime, in which case we would pay 23%. In the first hypothesis, for the entire 8-year duration of the contract (renewal included) we would collect a total of 48,000 euros. On this figure, we would pay a total of just over € 10,000, so our net profit would amount to € 37,920.

If the dry coupon stang the rents at 26%, our profit would drop to 35,520 euros. What if we made use of the ordinary regime? We would pay 23%, but in return we could adjust the contract annually according to the inflation rate. Assuming this was 3.5% per annum for the entire next 7 years until the contract expires, our net income would be around € 41,820. We should subtract the stamp duties and registration taxes both at the start of the contract and during the renewal phase, but let’s talk about little stuff.

High risk of rents with the tax sting

The example clearly shows us that without raising the flat rate tax to 26%, the ordinary regime can prove to be more convenient. Indeed, it would be so in the case just outlined even if the rents were included for all 8 years in the second income tax bracket with a rate of 25%. In this case, our overall profit would only drop to 40,730 euros, remaining well above what we would have using the flat rate tax. And even if we imagine that half of the rents fell into the second bracket and the other half into the third at a rate of 35% (for incomes above 28,000 and up to 50,000 euros gross per year), the net gain would remain higher than what we would have with the dry coupon, amounting to 38,000 euros.

This shows us that in the case of moderate inflation, homeowners may find it cheaper to stick with the ordinary regime. If, then, the state were to get in the way and stangasse the rents with the coupon dry at 26%, the attractiveness of the option would in many cases be less. And not only for medium-high incomes, as we have assumed so far. The risk is that many contracts are adjusted from year to year to the inflation rate to escape the poor convenience of the flat rate coupon. Alternatively, they will already be set higher from the outset to discount the higher expected inflation. In short, the state would be encouraging the expensive rents and certainly not hitting who knows what category rich in taxpayers.