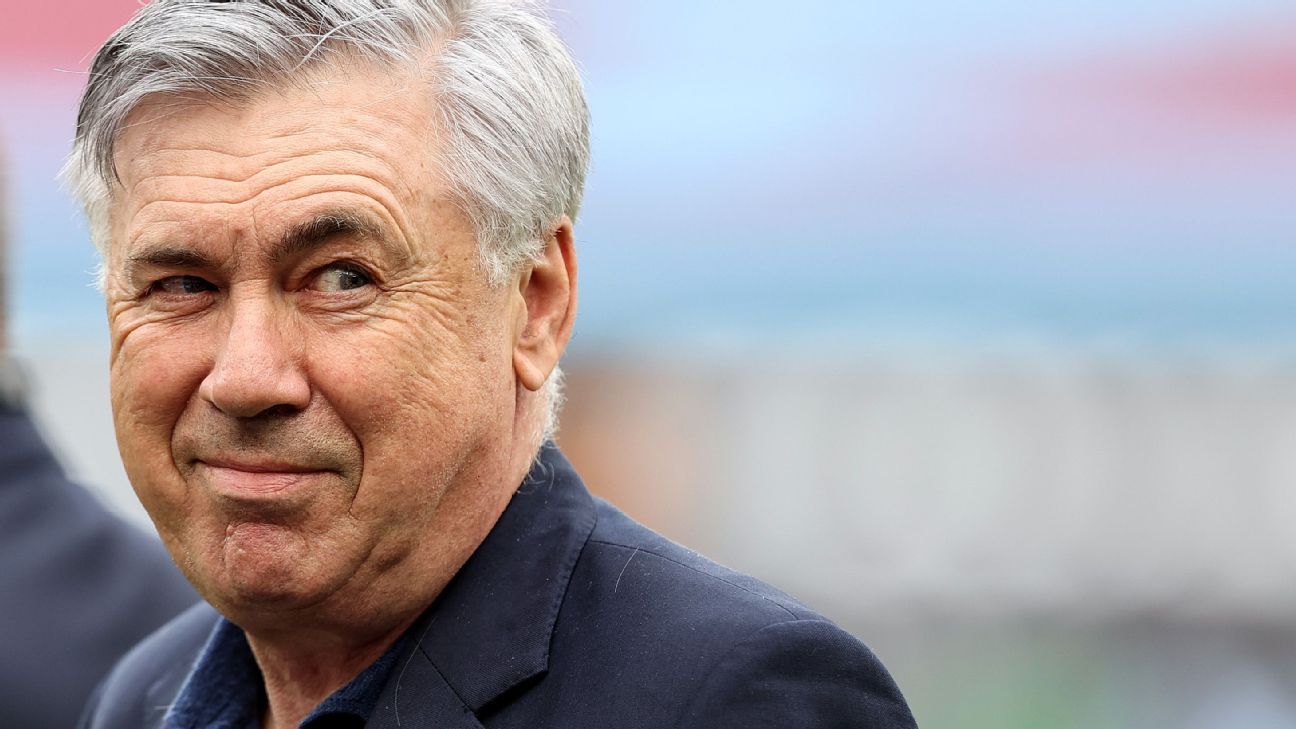 Carlo Ancelotti is the substitute for Zinedine Zidane at Real Madrid after signing a contract for the next three seasons. The white club confirmed the news on their social networks after the Italian coach reached an agreement to dissociate himself from Everton and has before him a complicated challenge in his second stage: to return normality to the white club.

And it is that, until the departure of Zidane, three years have passed in which those of Florentino Pérez they have not found their way. With the league title last year, a disastrous sports planning was made up under the protection of the Benzema, Casemiro, Courtois and Sergio Ramos. However, the reality is totally different from the ‘resultadista’ dictatorship that Real Madrid has clung to, on occasions, after winning their last major continental title in Kiev.

What are the five immediate actions for Ancelotti on the Real Madrid bench?

The first of the things that Ancelotti has to fix is ​​the renewal of Sergio Ramos. At least, get to a port, be it good or bad, to end with a soap opera that began last year. Twelve months after ESPN will report the postponement of the talks until the end of summer, the positions are still distant and there does not seem to be a hint of agreement between the president and his captain. One offers one year, while the other wants two. Will they be fixed with one year with the option of another depending on objectives? Only they know, but the Italian needs to know what will happen to his captain as soon as possible.

Another open front for ‘Carletto’ is that of Gareth Bale. The Welshman was the main reason for sports friction between Zidane and the club. In fact, Zidane did not breathe easy until he saw Bale dressed in white, but in White Hart Lane. It remains to be seen what happens with the Welshman, since Ancelotti has always spoken wonders of a player who, from his hand, has always set good games. The coach himself admitted in the press room, on the day of his presentation, that Bale “has played little, but has been very effective.” We will see if he stays or, finally, ends his last year of contract away from the Bernabéu.

The third ‘hot potato’ for the new coach is none other than Eden Hazard. After two horrible years in terms of injuries and performance, the club’s patience exploded after the post-European elimination laughs at Stamford Bridge with their former Chelsea teammates. Then, ESPN reported “monumental” anger at the white entity. According to other media, Madrid decided then to put the Belgian on the market, but it is something that is not yet clear. Ancelotti wants to assess his player’s situation because he knows that, if he returns to the level he had in London, Hazard could be a differential player. But he has to do his part. More than anything, because in these months, little has been seen of the Central European attacker.

One of the reasons why Zidane ended up leaving the team was, among others, the lack of response to his initial requests. And therein lies one of Ancelotti’s demands in the negotiations with Madrid: air in the center of the field. The Italian has to decide if Odegaard and Valverde are enough to, at the point, give Casemiro, Kroos and Modric rest. Zidane asked for muscle, but only young and precocious talent was offered him. And the Frenchman was not willing to wait for that talent to develop due to the historic rush of Real Madrid in terms of results. We will see what Ancelotti decides because time is short.

READ  Report: BVB gets the next midfield gem - t-online

Lastly, Ancelotti has to ask his attackers for more. Apart from signing someone to accompany – or improve – Benzema in scoring figures, the Whites need more goals from the second row. Asensio, Valverde, Odegaard, Modric, Hazard… They have all gone unnoticed, with special attention to Vinicius and Rodrygo Goes who, due to their youth, have been far from what they promised when landing in Madrid. It is worth that a Mbappé could help the team a lot, but Ancelotti already warned at a press conference: “Benzema has to score 50 goals and Vinicius 30”.

The challenge is complicated, but if anyone is capable of channeling the rhythm of a ‘clueless’ Real Madrid, it is Carlo Ancelotti. The Italian begins a second stage with more enthusiasm than the previous one, with more confidence and, also, with more command to make the decisions on which he will base his project.