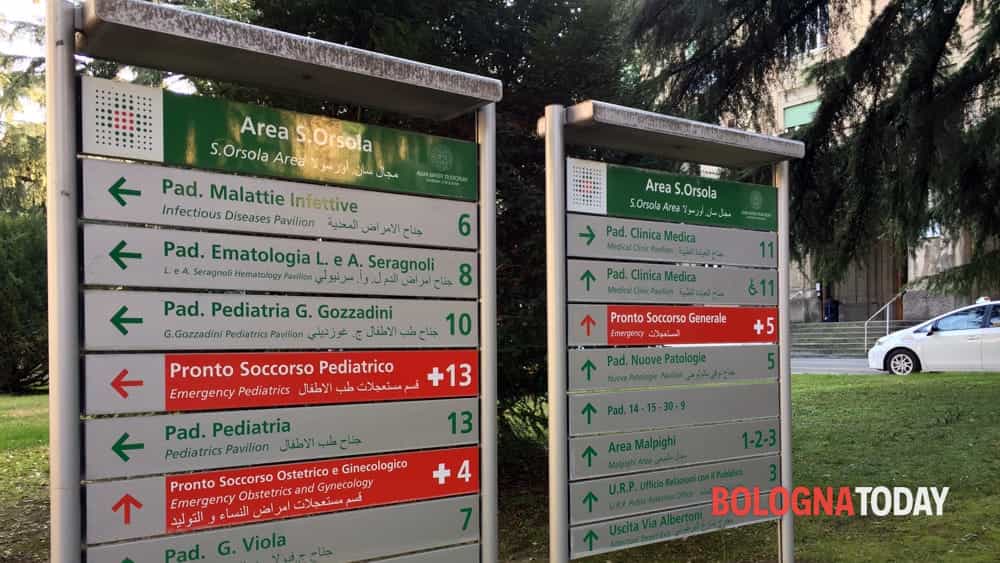 first step screening for the care of every woman

On the occasion of the Open week promoted by the Onda Foundation – National Observatory on Women’s and Gender Health – the Local Health Authority of Bologna aims at correct information, as well as at raising awareness of women on the importance and ease of access to cancer screening, by making network with local institutions and media partners. There is no prevention without correct information.

Scheduled, Thursday 21 April, a direct facebook from the screening center of the USL of Bologna to resume the thread of female prevention together with women-professionals: Francesca Mezzetti, Director of the Government of Screening Paths; Carmen Bazzani, coordinator of the Screening Center; Marinella Lenzi, Director of Obstetrics and Gynecology, Stefania Guidomei Head of DATeR Area for women and children of the USL of Bologna.

An opportunity offered to citizens to find out about the impact of primary and secondary prevention by taking the opportunity to dialogue, express doubts, fears and / or ask questions to those who take care of thousands of women every day, from pregnancy to old age.

During the meeting, the latest news relating to cancer screening will also be illustrated, or the solutions identified by the USL of Bologna to facilitate access and break down the obstacles of time / fear and / or fear that sometimes lead women not to join. . In fact, it should be remembered that screening provides for free check-ups, without the need for any medical prescription which, moreover, guarantee a direct take-over by the Regional Health System if the outcome of the level I investigations require further diagnostic investigations and / or interventions.

Beyond the covid emergency, cancer prevention has always been a backbone among the missions of the Bologna USL, committed every day on several fronts: mammography, colorectal and cervix screening.

Active since 1996, promoted and coordinated by the USL of Bologna, it is the most effective tool for identifying breast cancer at an early stage, i.e. before it becomes symptomatic in order to allow greater effectiveness of the intervention and less invasiveness of treatments. .

See also  What threatens the health of those who survived covid in the first six months after the illness, said the director of the N.N. Pasteur

Performing regular mammograms reduces, but does not eliminate, the risk of a later diagnosis of breast cancer. Scientific data confirm the effectiveness of mammography screening: in Emilia-Romagna participating in the program reduces mortality relative to this cancer by 56%.

In order to promote this screening, the Local Health Authority of Bologna annually carries out screening tests in 11 municipalities of the Districts of the Apennines and the Plain using a mobile vehicle and carrying out approximately 7000 mammograms each year in this way.

Program active since 2003, promoted and coordinated by the Local Health Authority of Bologna to prevent the 2nd most diagnosed cancer in women and the 3rd in men.

The effectiveness of screening is evident: since its activation, the mortality of the population has decreased by 30%, a figure that is called upon to further improve, since to date only 50% of the people invited adhere to the screening program. It should be noted that the development of colorectal cancer is almost always preceded by the appearance of benign lesions in the intestine.

In the pre-covid phase every year thanks to this screening about 57,000 fecal occult blood tests were performed for which about 2,800 people were contacted to perform a colonoscopy which in most cases is decisive. Two thirds of the colonoscopies are carried out in the offices of the Local Health Authority of Bologna and one third at the Policlinico di Sant’Orsola.

Following the reduction of the tests performed in 2020 due to the lockdown, the Local Health Authority of Bologna has chosen to reorganize the path by providing for the collection of the kit for the collection and return of the sample to the pharmacy. This method allowed not only not to interrupt the screening during the summer period, but to spread even more widely, an advantage that allowed the recovery of tests not performed in 2020. In fact, in 2021 almost 71,000 occult blood tests were performed fecal.

Active since 1996, promoted and coordinated by the USL of Bologna, it is a program for the prevention of cervical cancer caused by human papillomavirus (HPV) infection, sexually transmitted and very frequent especially among younger people. Most infections resolve spontaneously, however if the infection persists, lesions can form in the cervical tissue over time that can develop into cancer.

It should be remembered that in Italy cervical cancer represents the 5th most frequent cancer among women under 50 years of age. 5-year survival from cervical cancer diagnosis in Italy is approximately 68%.

For years, the USL of Bologna has recorded a rather low adherence to this screening, equal to approximately 51% of the women invited, thanks to which about 35,000 tests are performed every year.

Precisely in order to facilitate adherence to the screening, reducing the time and / or reserve costs with respect to the visit to the health care environment, the USL of Bologna has launched a new experimental project since last November. It allows the women who receive the invitation to choose between performing the test at the consultants of the USL Company or performing the test independently. In the latter case, women can go to the pharmacy to collect the kit, perform the test at home using the instructions contained in the kit and return the sample to the pharmacy. Since last November, over 1300 women have chosen this new method of administering the test, also adhering to screening in this way.

See also  Neurologist, memory loss is a sign that should not be underestimated - Medicine

To book your visit, you can write to [email protected] The service is offered from 21 to 26 April, from 2.30 pm to 4.30 pm at the General Neurology Outpatient Clinic (Eco TSA and EMG) and the Headache Outpatient Clinic located at the Maggiore Hospital in Bologna.

Dr. Barbara Mostacci, head of the Epilepsy and Pregnancy Clinic of the IRCCS Institute of Neurological Sciences of Bologna, will answer questions relating to epilepsy in women.

WOMEN AND MULTIPLE SCLEROSIS (virtual meeting open to the population)

“Let’s sail together. The multiple sclerosis center of the ISNB with and for women with multiple sclerosis.” It is the title of the virtual meeting with which citizens will be able to speak with Alessandra Lugaresi, head of the Multiple Sclerosis Center of the IRCCS Institute of Neurological Sciences (ISNB) to whom they can address doubts and questions. The appointment is set for 21/04/2022 from 17.30 to 19.30 on Teams. The link of the meeting will be published on the Institute’s facebook page.