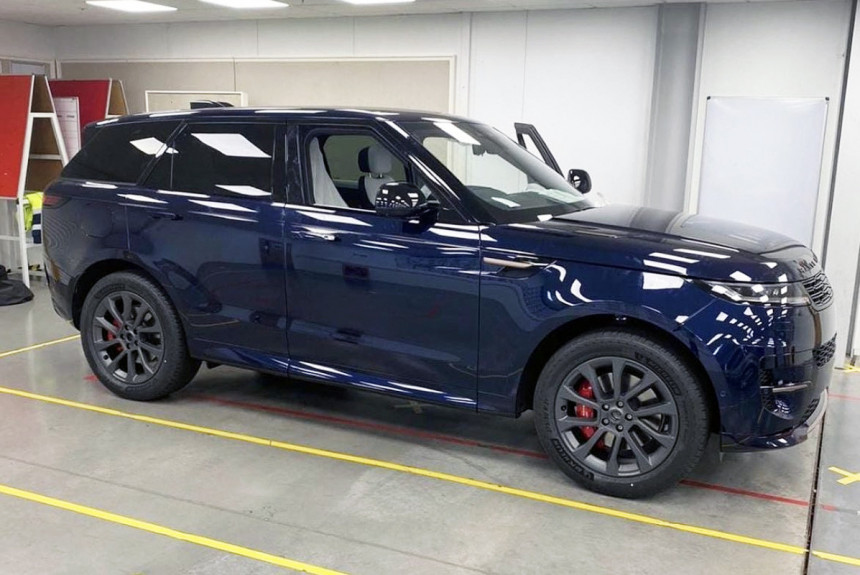 The debut of the new generation Range Rover Sport SUV is scheduled for May 10, and Jaguar Land Rover has so far published only teasers. But the first full-fledged photograph of this car appeared on the Web – without camouflage and “in full growth”. As expected, there were no experiments with design – and the Range Rover Sport remained itself. Below for comparison is a photo of the outgoing second generation model.

The new Range Rover Sport has retained not only the usual proportions and body shape, but even small details such as beveled lining on the front fenders. However, the sidewall of the body is made less embossed, the door handles are now retractable, and the headlights have become narrower. At the same time, the technical changes will be significant: like the large next-generation Range Rover, the junior Sport will be based on the new MLA-Flex (Modular Longitudinal Architecture) platform, which has a five-link rear suspension and an all-wheel drive transmission with a clutch on the front axle.

The main for the Range Rover Sport SUV will be in-line “sixes” of its own Ingenium family (gasoline and diesel), which rely on a 48-volt starter-alternator. There will also be a rechargeable hybrid with the same six-cylinder engine. And at the top of the range will be the Range Rover Sport SVR with a BMW V8 4.4 biturbo engine. It didn’t take long for the details.