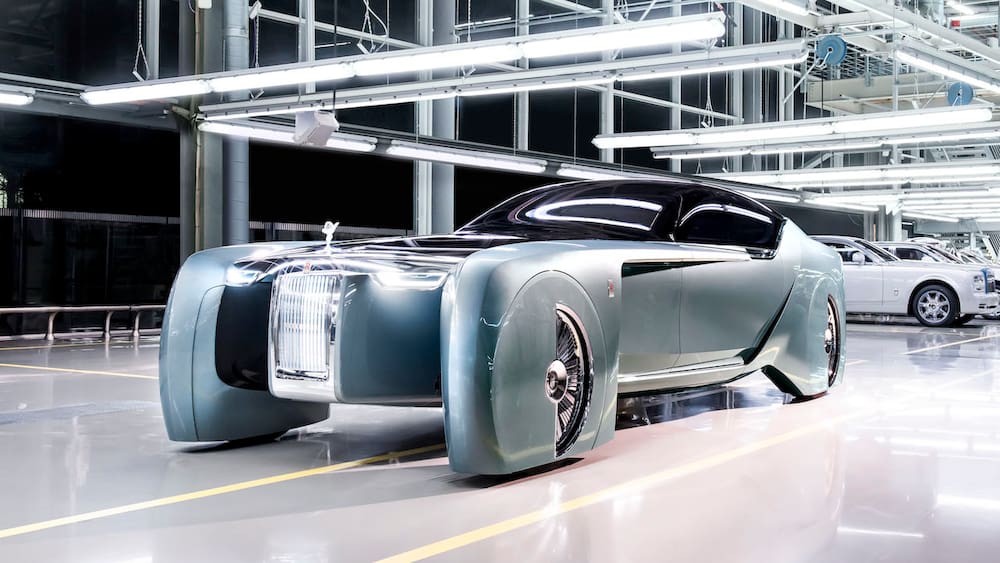 The well-heeled fans of the traditional manufacturer Rolls-Royce will be anything but amused: By 2030 at the latest, the British will be saying goodbye to their magnificent V12 turbo units and starting a new capital in the company’s long history: The electric age will also last at Rolls-Royce Indent.

How customers cope with the turn of the century remains to be seen – after all, the luxury brand under the BMW umbrella has become what it is today, not least because of its spectacular engine design: the most exclusive car brand in the world.

Nevertheless, Rolls-Royce CEO Torsten Müller-Ötvös said to the media last Tuesday: “Today is the most important day in the history of Rolls-Royce Motor Cars since May 4, 1904. On this day, our founding fathers Charles Rolls and Sir met Henry Royce for the first time and they agreed that they would create the best car in the world, ”says Müller-Ötvös looking back over the long history.

Then he turns to the present: “117 years later I can proudly announce that Rolls-Royce is starting the testing program for a completely new, absolutely extraordinary product. It will drive the global revolution in all-electric automobiles and be the first – and best – super-luxury product of its kind. ” It is not a prototype. The first models would soon be tried out in public and delivered to the first customers in the fourth quarter of 2023. “

However, Müller-Ötvös does not want to disclose much more information yet. What is certain is that the first all-electric Rolls-Royce will be called the Specter. A coupé modeled on the elegant Wraith, which, however, wants to keep its inner qualities a secret for another two years. When it comes to power, you can hardly fall behind the current V12 combustion engines, some of which have engine outputs well over 600 hp. Even with the minimum range, more than 400 kilometers can be assumed.

One could almost speak of the irony of history that Rolls-Royce was already testing electric motors at the beginning of the 20th century. Henry Royce’s first company developed dynamos, electric crane motors and patented the incandescent lamp socket with a bayonet lock. And Charles Rolls predicted an electrified future more than 100 years ago, because in April 1900 he saw an early e-vehicle called Columbia and declared its drive system to be ideal for vehicles: “An electric car is absolutely noiseless and clean. There are no odors or vibrations and it should work as long as there are fixed charging stations. But at the moment I don’t think it’s practical – at least not for a long time. ” Which Rolls was right about for a long time.

Development has been going on for years

In 2011, Rolls-Royce revived the previous ideas on electric drive for the first time and created the one-off Rolls-Royce Phantom with electric drive, the 102 EX. In 2016, for the 100th birthday of the BMW brand, the British followed up with the visionary 103 EX. The development of the electric Rolls-Royce Specter has been going on for several years with the support of BMW. The official announcement at this point in time is not surprising, as the models are now increasingly leaving the secret BMW test sites all over the world on their 2.5 million test kilometers and undergoing real road tests.

“In 2016 we presented the Phantom and with it the brand’s proprietary aluminum architecture: the scalable spaceframe that has since been used in all new Rolls-Royce automobiles,” explains Müller-Ötvös: “This unique technology – from Rolls-Royce for Rolls -Royce developed and reserved exclusively for the brand – is not only designed for models with a combustion engine, but also for vehicles with other drives. “

The upcoming electric models will also benefit from this, and with it the debut Specter. In addition to the electric coupé, the Goodwood car maker has two other models – a luxury sedan and a corresponding SUV – in the specific planning phase and, last but not least, can rely on drive and battery technology from mother BMW for all three models.