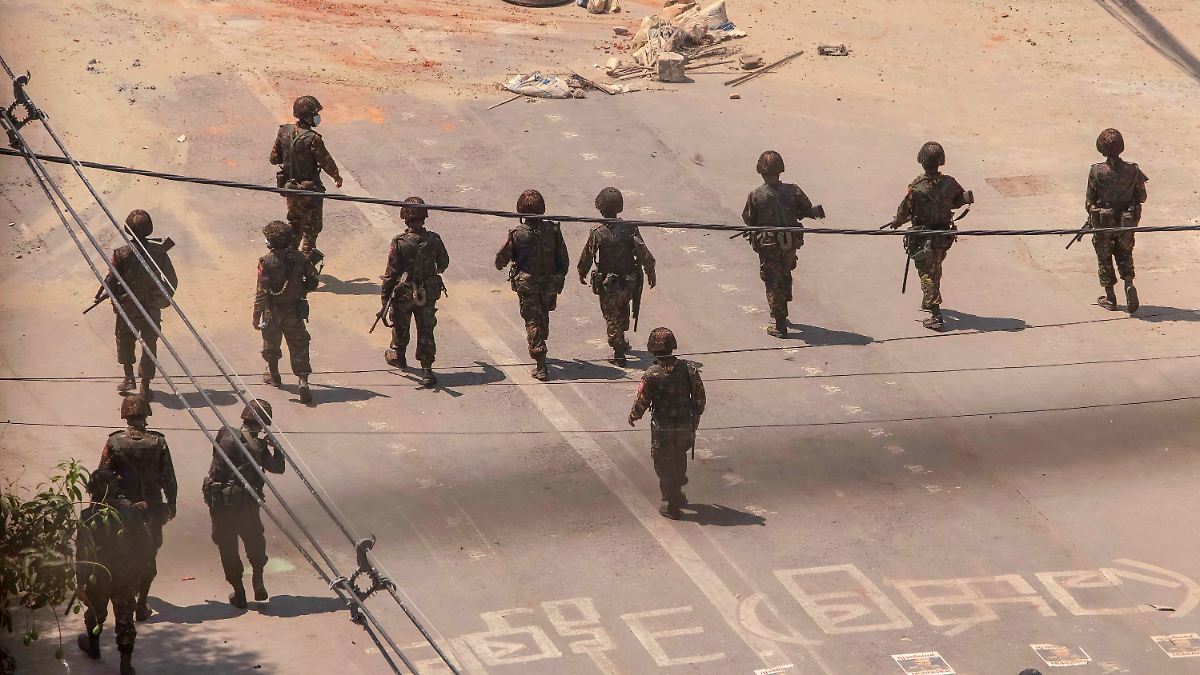 No death sentence has been carried out in Myanmar for more than 30 years. On Sunday, however, the military junta executed four dissidents – apparently without warning to their families. UN legal experts fear this could mark the start of a string of executions.

Despite international protests, the junta in Myanmar has carried out death sentences for the first time in decades. Four dissidents convicted in January were executed, including former MP and hip-hop artist Phyo Zeya Thaw and prominent democracy activist Kyaw Min Yu, also known as Jimmy. This was reported by the state-run newspaper “Global New Light of Myanmar”. They were found guilty of helping to carry out “inhuman acts of terrorism”.

These are the first death sentences to be carried out in the Southeast Asian crisis-ridden state since 1990. “The shocking speed with which the death sentences were carried out and the callousness with which they were carried out are made worse by the fact that the families – just like all of us – only found out about the deaths of their loved ones after the fact and only through the media,” said Manny Maung of the human rights organization Human Rights Watch. He called on the international community to take urgent action against the military government.

As early as June, after those convicted lost their appeals, UN experts warned: “These death sentences, handed down by an illegitimate court of an illegitimate junta, are a heinous attempt to scare the people of Myanmar.” A source close to the families said the men were hanged on Sunday morning.

Phyo Zeya Thaw and Kyaw Min Yu were allowed to see their families again via zoom a few days ago, local media and sources close to the families reported. “We hoped the sentences would not be carried out, it’s just terrible,” said a woman close to Kyaw Min Yu’s family. “The families thought they were safe for a while.” The activist had been fighting for more democratic rights since 1988 and had been in prison for more than 20 years in the past. The junta accused him of calling for unrest in online networks.

First known as a hip-hop singer, Phyo Zeya Thaw later went into politics and became a close ally of Suu Kyi. Among other things, he was accused of organizing an armed attack on a commuter train in Myanmar’s capital Yangon, in which five police officers died. The other two executed men are said to have killed a woman they suspected of being an informant for the Yangon junta.

The announcement of the executions had already been sharply criticized internationally. UN Secretary-General António Guterres spoke of a “blatant violation of the right to life, liberty and security of person”. UN legal experts are now assuming that the first executions in Myanmar could mark the beginning of a whole series of executions of death sentences.

Under the junta’s provisions of martial law, the death penalty can be imposed for very loosely defined crimes. In practice, virtually any criticism of the military is punishable by death. International Crisis Group (ICG) Myanmar expert Richard Horsey tweeted that the executions were “a monstrous act that will create political shock waves, now and for a long time to come.”

The military overthrew the elected government of Myanmar under the de facto head of government and Nobel Peace Prize winner Aung San Suu Kyi in the spring of last year. Since then, the military have ruled in the Southeast Asian state, against whom the self-proclaimed People’s Defense Forces have risen. Suu Kyi herself, who is under house arrest, was sentenced to an additional five years in prison in April.