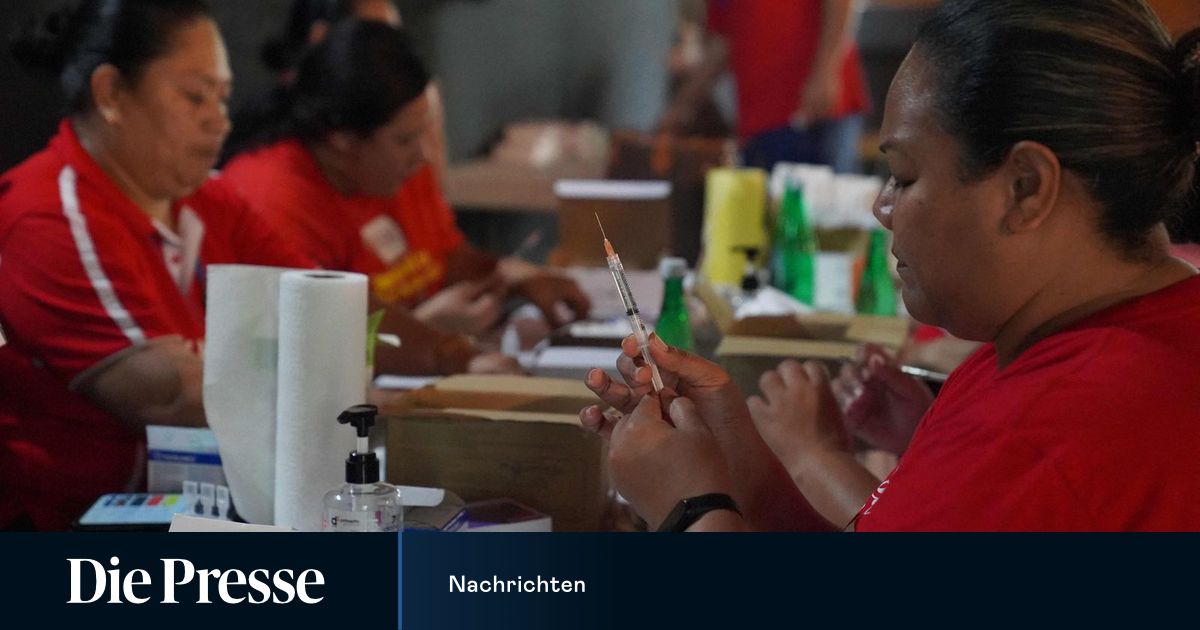 A passenger on board a plane from New Zealand has tested positive. When the result became known, there was a rush to the vaccination centers.

The island state of Tonga in the South Pacific has imposed a one-week lockdown as a result of the first recorded infection with the corona virus. The residents of the island of Tongatapu, which also includes the capital Nuku’alofa, should stay at home until next Tuesday, Prime Minister Pohiva Tuionetoa said on Monday evening. This serves “the safety and health of our people”.

On Thursday, a passenger on board a return flight from the New Zealand city of Christchurch tested positive for the virus. When the result became known, the 215 people on board the machine were still in quarantine. Still, the news sparked a rush at vaccination centers in the country.

The kingdom in the Pacific, about 1,800 kilometers northeast of New Zealand, with around 106,000 inhabitants was one of the few countries that had been spared the coronavirus so far. The interest in a vaccination was therefore rather low.