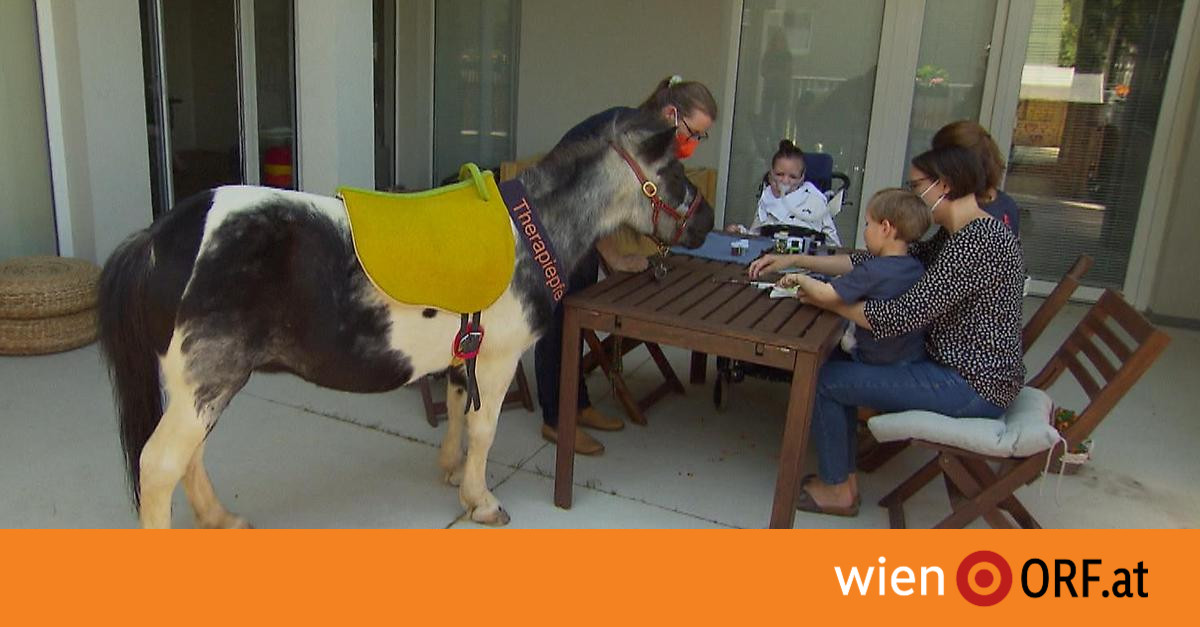 With therapy horses and other animals, the “Lichtblickhof” team has been supporting children and their families who are burdened by trauma, illness or disability for years. With the “Lichtblick-Haus” children’s hospice, which opened on Wednesday right next to this therapy center on the premises of the Vienna Clinic in Penzing, the team and its animals now want to help terminally ill children and give them “moments of happiness”.

The two SPÖ city councilors Peter Hacker and Jürgen Czernohorszky canceled the opening of the new Lichtblickhof apartments. So there is no funding commitment from the city, as the project managers had hoped. Talks are ongoing, the City of Vienna said.

From horses to rabbits

The apartments are barrier-free and designed for nursing care and are designed for a whole family. Bathroom and kitchen are wheelchair accessible. Five-year-old Thomas will soon be moving into one of the apartments with his family. In 2019 he was diagnosed with cancer. She’s looking forward to a few days to catch her breath, said Thomas’s mother in an interview with APA – she hopes for a little variety and relief and “a change of scene after we’ve been at home a lot in the past”.

For almost 20 years, around 350 children per year have been accompanied on an outpatient basis at the “Lichtblickhof”. For this purpose, not only 15 therapists with 20 therapy horses are available to the children and young people on an area made available by the City of Vienna on the site of the former Otto Wagner Hospital on the Steinhof grounds, but also other animal “assistants” such as one Herd of sheep, dogs, rabbits, ducks and guinea pigs. The non-profit association is entirely dependent on private and company donations and voluntary work.

See also  When do they deposit the aid of supplies and uniforms 2022 in CDMX? This is the final date

After the housing developer Gesiba had built cooperative apartments in the immediate vicinity of the therapy farm, the association took this opportunity and rented three family apartments, each with 85 square meters, for inpatient hospice and palliative care. In addition, there are therapy and community rooms in the house, and an inclusive play area in front of the house.

The “Lichtblickhof” team wants to support the families there as “temporary angels”. “When children and their families are in difficult phases of life or children don’t have much longer to live, we give them a break from their worries and fears,” explained Roswitha Zink, founder and managing director of the “Lichtblickhof”. It is nice for the children, for example, “that they can help out, that they are the caregivers, that they can work or practice with the animals. Especially after this powerless role, in which you get into it very quickly because of the hospital and a serious illness, you can roll up your sleeves here, you can garden in the vegetable patch, you can muck out in the stable, you can go for a ride on a horse or like Pippi Longstocking having breakfast with his horse”.

The apartments are designed in such a way that the therapy horses can – if necessary – visit the children at the breakfast table or in bed. It is also possible to drive from the apartments to the animals with the sick bed. “The families deserve that, despite the serious illness or disability of a family member, they can still experience happy moments and joy together, away from pain and hospital stays,” says therapist Verena Bittmann from “Lichtblickhof”.

“These families do incredible things, it is unimaginable how exhausting this care phase is for everyone involved, including the siblings, and it is very important to us that the whole family gets strength here,” emphasized Zink. In return, the families can be looked after in the “Lichtblick-Haus” for a period of a few days to several weeks and be “supported in an unconventional and imaginative way”. If necessary, they are also relieved by doctors and therapy and nursing staff around the clock.

The costs for the stay, therapy, palliative care and hospice support are largely financed by donations, the families themselves pay as much as they can. “Licht ins Dunkel” also supports the project.

In Austria, an estimated 5,000 children and young people are living with an incurable, life-shortening disease. According to the Lichtblickhof, illnesses and the death of children and young people are still a social taboo. There are still too few childcare places for the affected families. In order to draw attention to this deficit, the Austrian Hospice Association created the Austrian Children’s Hospice and Palliative Care Day, which takes place on Wednesday.