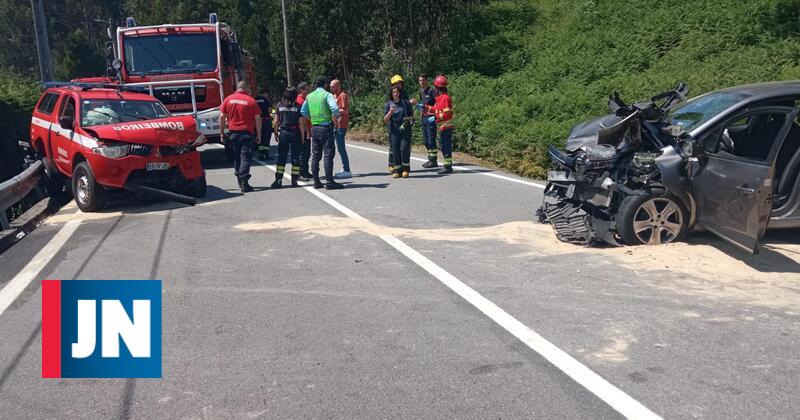 Three firefighters from Castelo de Paiva, including the commander, and a citizen were injured as a result of an accident that took place this Sunday afternoon, in Canedo, Santa Maria da Feira. One of the firefighters and the citizen are in serious condition.

The accident, which took place at 1:51 pm, involved the Castelo de Paiva Fire Command vehicle and a civilian vehicle, as they were traveling on the EN222 National Road, a few meters away from the GNR station in Canedo.

The occupant of the civilian vehicle was imprisoned, and it was necessary to proceed with the respective rescue.

A firefighter and the citizen are in serious condition. The other two firefighters suffered minor injuries, and the Lourosa firefighters and a team from VMER da Feira were at the scene for the necessary assistance.

The GNR took care of the event.