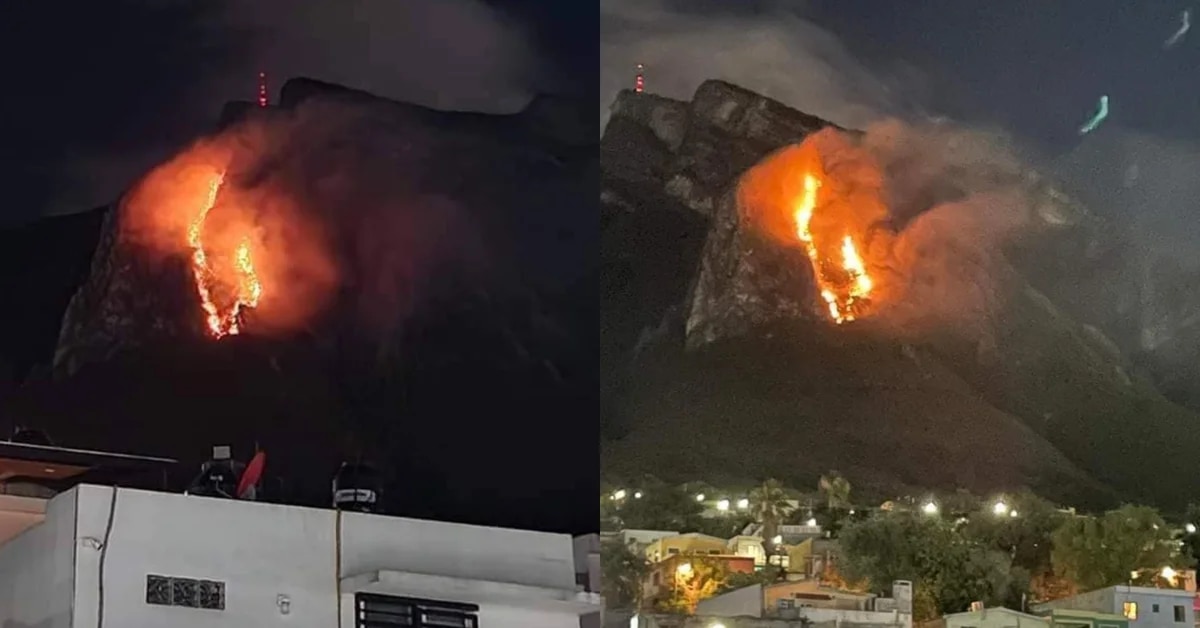 Around 11 p.m. on July 31, residents of the municipality of Guadalupe, Nuevo León, alerted the authorities about a fire that had occurred in the upper part of Cerro de la Silla. (Video: Twitter/@Nallelybvzz)

And fire in the upper part of Cerro de la Sillaoccurred during the last hours of Sunday, July 31, alerted the public and to the authorities of the municipality of Guadalupe, in the state of Nuevo León.

Reports from local media and residents of the area indicated that the incident began between 10:40 p.m. and 11:00 p.m., after a loud rumble; however, so far there is no information to confirm the cause.

Minutes after receiving the report, brigades of Civil protection of the municipality, as well as the local fire department, arrived at the scene and began operations to identify the magnitude of the fire and try to contain it.

“In these personal moments of Civil Protection Guadeloupe in coordination with Guadeloupe Firefighters y State Civil Protectionare attending fire report in the Hill of the Chair”, wrote the local rescue corporation around midnight on its page of Facebook. 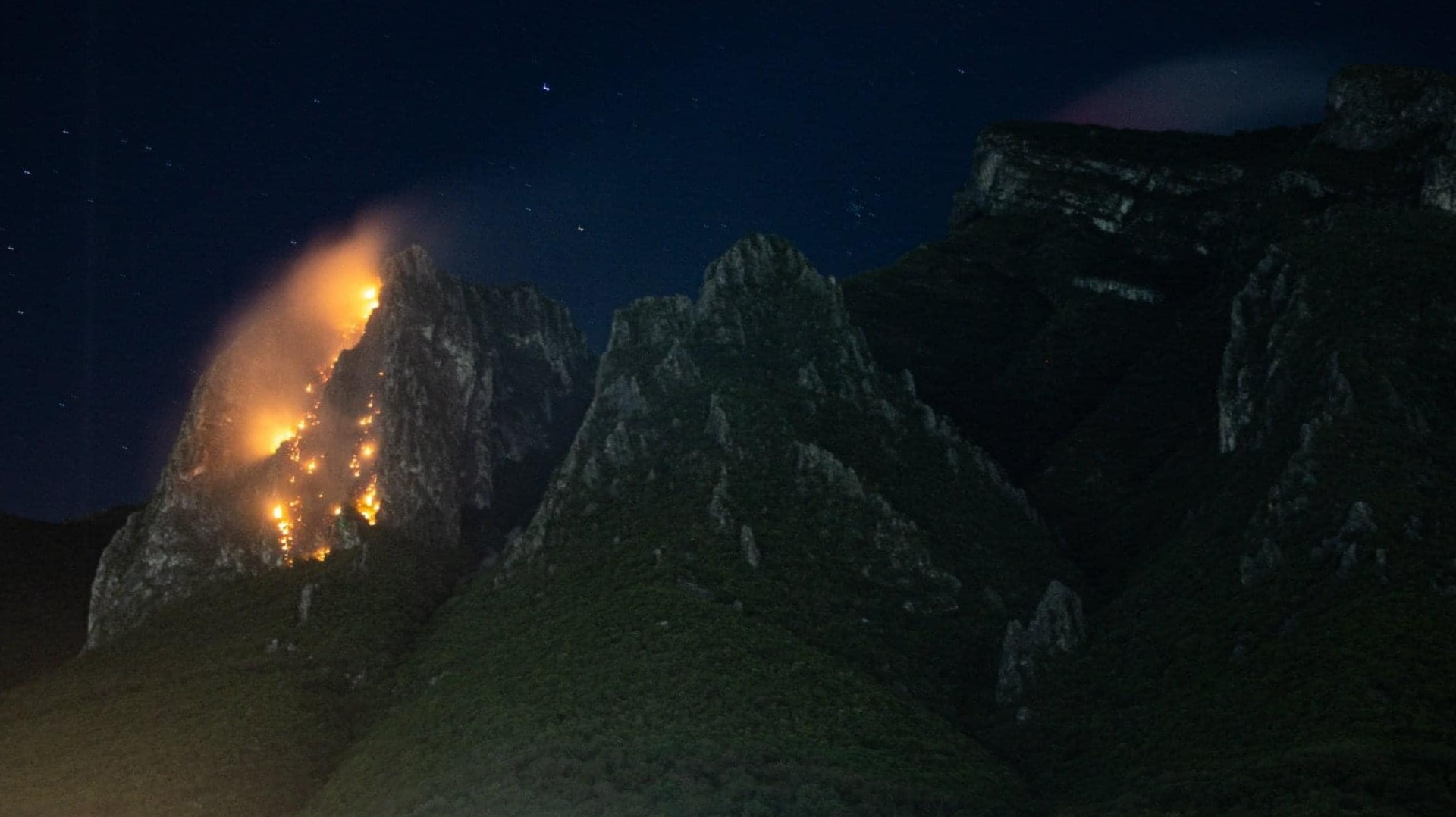 According to media outlets with a local presence such as ABC News, were about ten elements who began the ascent in the first instance; however, the area of ​​the accident is considered, due to its height, high-riskwhich would complicate the evaluation and control of the incident.

Likewise, a working group was established on the slopes of Cerro de la Silla to monitor for the presence of any materialsuch as stones, that could roll from the part where the fire originated.

Although the flames are visible mainly from the municipalities of Guadalupe and Juárez, users on social networks reported that they can even be seen from other locations, such as the downtown monterey. 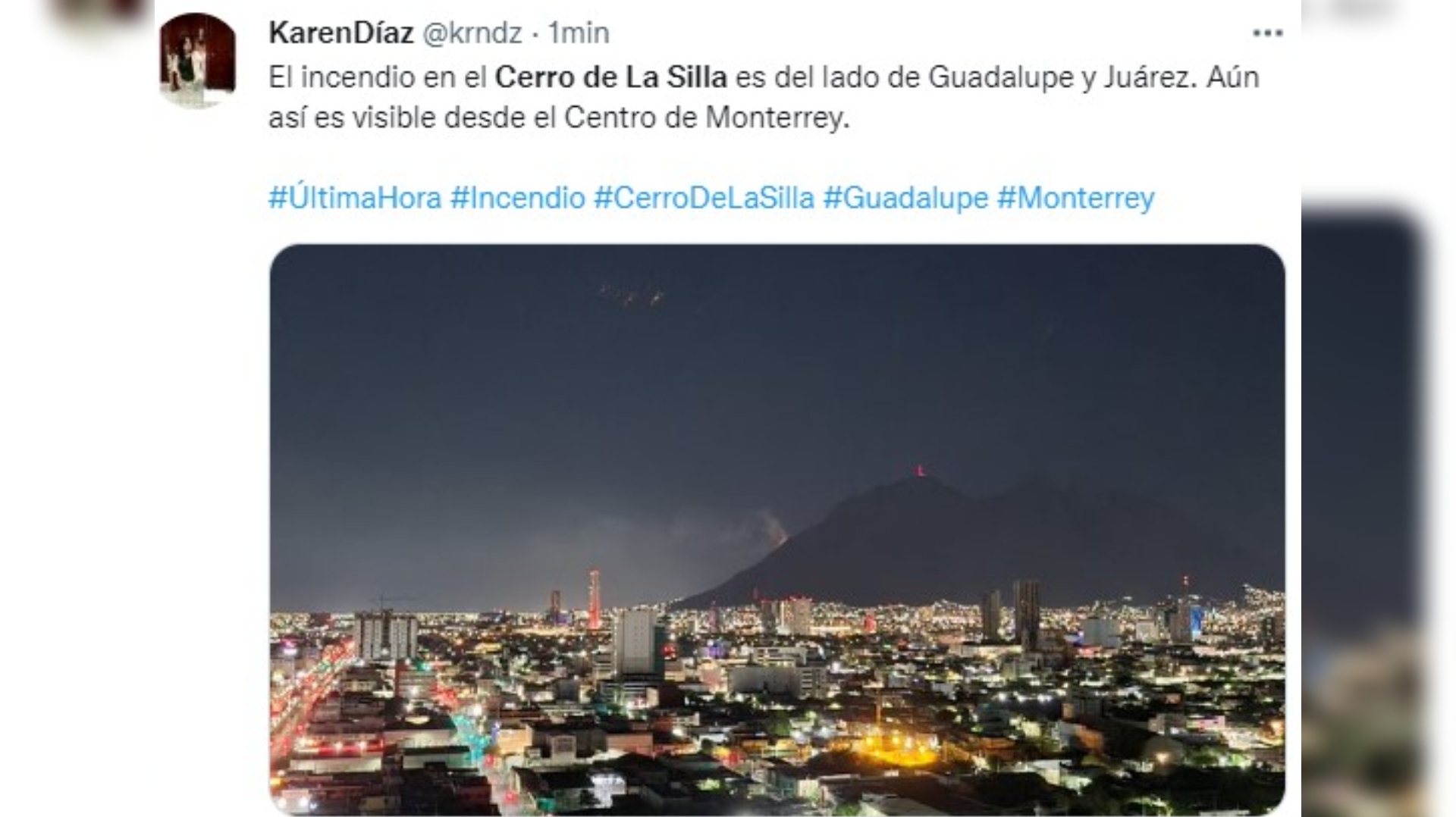 Users commented that the incident was also visible from the center of Monterrey. (Capture: Twitter/@krndz)

At around 2:30 a.m. on August 1, some locals who were doing live broadcasts on the subject commented that the fire had started to spread upward due to strong winds.

The fact that Cerro de la Silla caught fire quickly aroused the concern of the people who live in the surrounding municipalities, as well as the population of New Leon in general.

One of the issues that provoked the most anguish was how difficult it could be to control the flames due to the water crisis that the state currently lives.

“Now where are they going to get water to put out the Cerro de la Silla fire?” wrote the user @wixiiwa on Twitter. On this subject, some people recalled the possibility of appease the fire with eartha technique that is effective because it deprives its contact with the air. 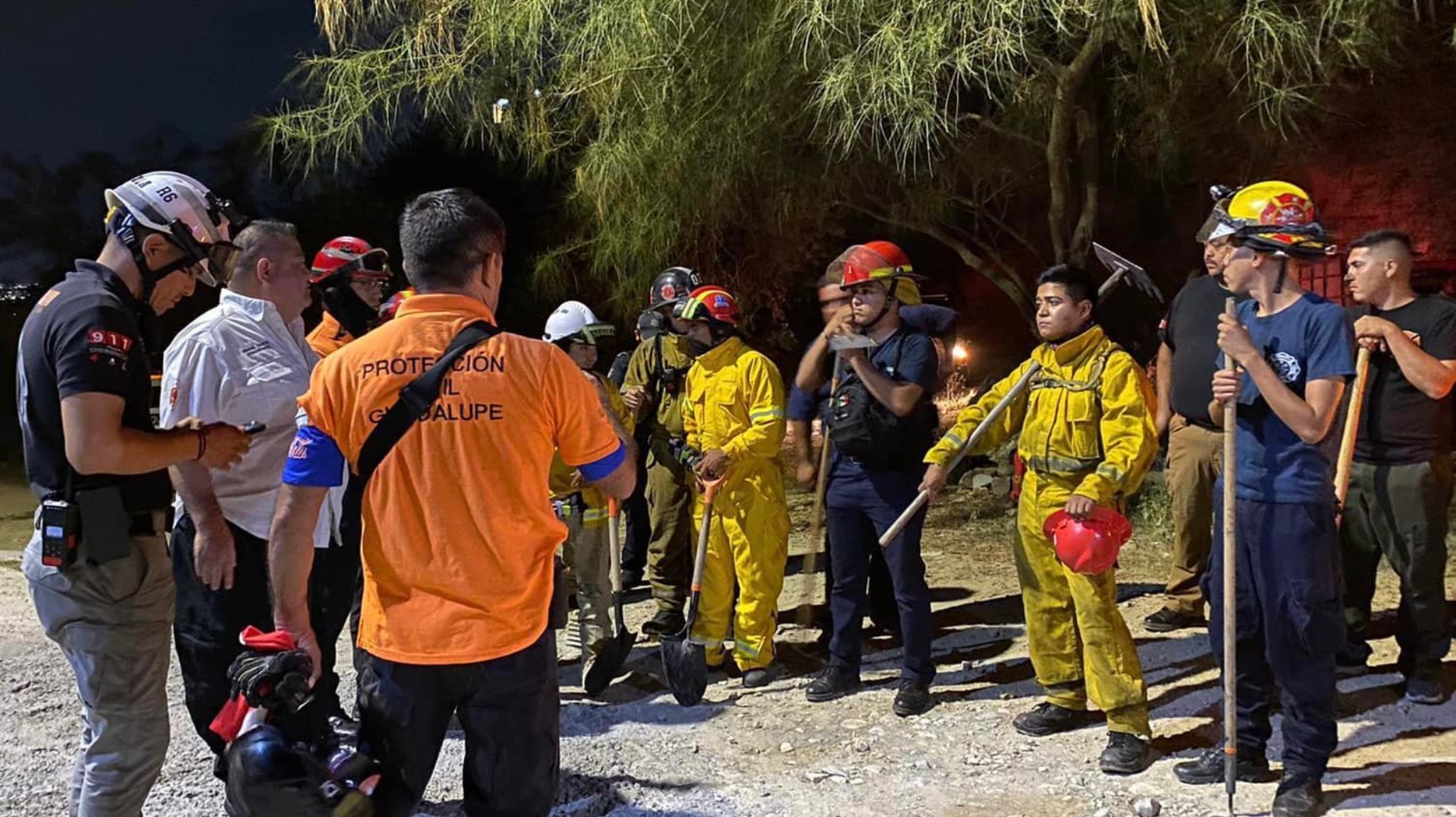 Personnel from the rescue corporations established a working group to evaluate the incident and coordinate the work. (Photo: Facebook/Mayte Villasana Reporter)

Around 3:00 a.m., Civil Protection authorities reported that the descent of the 12 elements who went up to assess the situation, since the rockfall represented a serious threat for staff.

Likewise, it was reported that on the morning of August 1, an operation will be carried out in conjunction with elements of the National Forestry Commission (Conafor) and the Ministry of National Defense (Sedena), who will reinforce the control tasks of the incident. in the area, which is difficult to reach on foot.

Posteriorlythe Phoenix brigade moved to the area known as “El Diente”located on the slopes of Cerro de La Silla and, together with Civil Protection of Juárez and Firefighters of Guadalupe, monitored the progress of the fire.

So far, the authorities of Nuevo León have ruled out risks of spread (it should be remembered that the closest population is the Almaguer neighborhood, located two kilometers away). Although they reiterated that the causes of the fire are unknown, they indicated that this sinister could have been provoked.

For his part, the director of Civil Protection of Nuevo León, Erik Cavazos, indicated that there are 30 brigade members participating in the fight against the fire -which is already under control- and indicated that 1.7 hectares of low bushes had been the affected area.