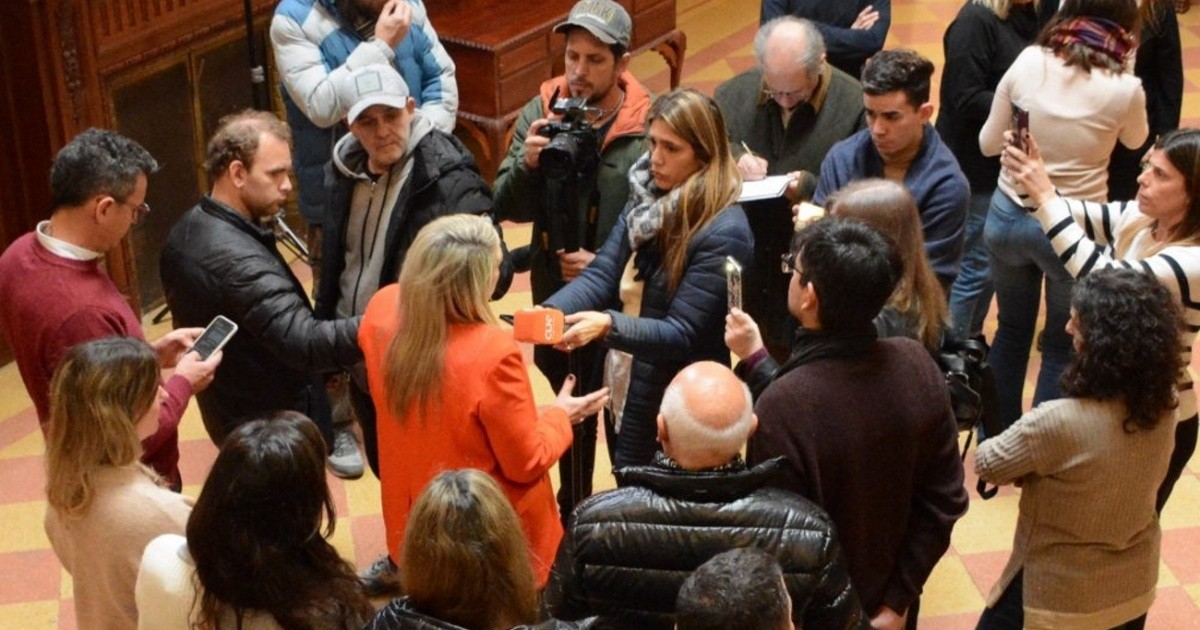 Fire on the islands: city council members met with the federal prosecutor and became plaintiffs

The meeting between city councilors and the federal prosecutor, Claudio Kishimoto, who is carrying out the causes for the burning of grasslands on the islands, was supposed to take place on Wednesday morning, but was postponed to the afternoon before the march that will fill the streets of Rosario with slogans against ecocide.

“The prosecutor excused himself by saying that he had to cover up a murder, which seems a little strange to me, but we have no problem. This is the issue that concerns all of us council members the most,” the president of the Municipal Council of Rosario, Maria Eugenia Schmuck.

At the press conference held in the lobby of the Vassal Palace, Schmuck stated the reasons for the meeting: “We need to talk to him. Frankly, we want to ask you about several aspects of the cases you have in your power, not just about one. For example, two constituted the municipality as a complainant,” he said.

At 3:00 PM this Wednesday, a group of councilors arrived at the Entre Ríos Street federal prosecutor’s office and finally met Claudio Kishimoto. Meanwhile, a column of smoke appeared in front of Parque España.

After a long back and forth, it was decided that two representatives of the municipal council become an active part of one of the causes. Luz Ferradas, as president of Ecology, and María Eugenia Schmuck, as president of the Council, will be plaintiffs in the case of the fires in the wetlands.

See also  Argentina donates more than a million vaccines against Covid-19: "We have the doses for this year and next"