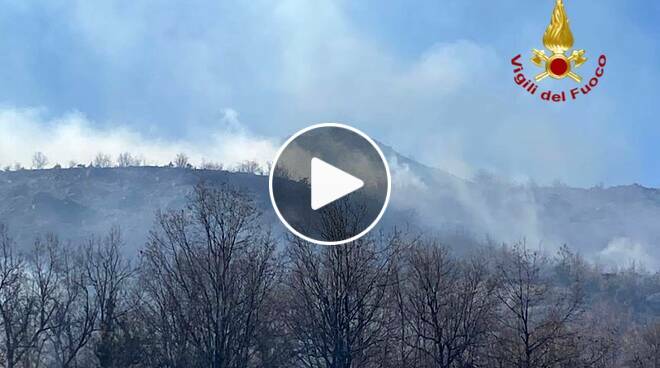 Fire in the woods of Val Perino, Canadair at work until sunset

Firefighters intervention from early afternoon until sunset on March 22 in the Piacenza mountains in the municipality of Coli for a vast forest fire in Val Perino, in the area between Villanova and Aglio. The fire brigade vehicles and the Drago helicopter arrived on the spot. The help of Canadair was also requested to limit the flames.

There are 15 firefighters, engaged by land with four tankers, who are trying to contain the spread of the flames. The firefighters mounted an 11,000-liter tank to supply the Drago helicopter with water. The Canadair, having taken off from the Genoa airport, discharged the water to return to the sea and refuel again in view of the other launches. In action, the Viking Air 415 aircraft, supplied to the Genoa fire department, capable of discharging about 6 thousand liters of water: they supply sea water between Chiavari and Sestri Levante. A third aircraft was brought in from Rome Ciampino. In the meantime, the Drago helicopter has returned to its base in Bologna.

Operations with the Canadair continued until sunset. A team of firefighters with a tanker will remain in position throughout the night. Air launches will resume at dawn on 23 March.

See also  a historic appointment but with limited impact – Liberation