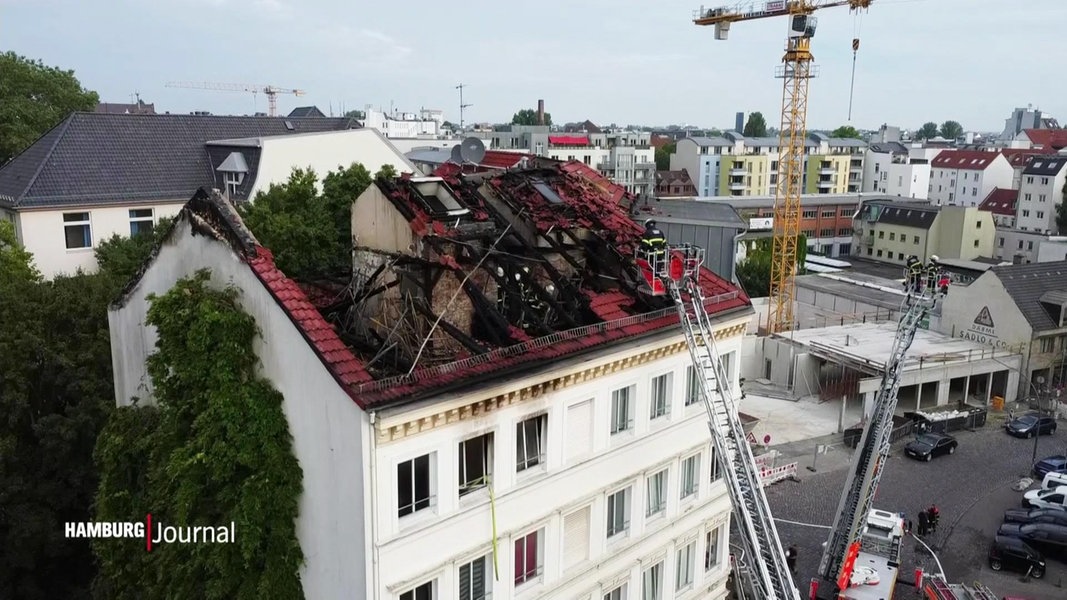 Fire in the Sternschanze: search for the cause of the fire is ongoing NDR.de – News

Meter-high flames erupted from the roof of the residential building on the corner of Sternstrasse and Ludwigstrasse. Dense smoke wafted over the neighborhood – there was a smell of burning in the air everywhere. The fire broke out late Saturday evening in an apartment on the top floor of the house and spread from there to the roof structure of the building. The flames also spread to two neighboring houses. The fire spread rapidly. “Flames came out of the kitchen on the fourth floor, it was ablaze and by the time the fire brigade came, the fire had eaten through the roof,” said an eyewitness to NDR 90.3.

VIDEO: The day after the fire (1 min)

Residents were able to get themselves to safety

The fire brigade and police arrived shortly after 11 p.m. with more than 50 vehicles. The residents were all able to get themselves to safety. Nobody got hurt. Firefighters tried to bring the fire under control using several turntable ladders, but it took a few hours. The fire was extinguished by early Sunday.

Several of the affected apartments are uninhabitable for the time being after the extinguishing work. A local resident reported to NDR 90.3 that her apartment had been devastated by the extinguishing water. Structural engineers and the Technical Relief Agency (THW) checked the building and said: The gable area could collapse, so nobody is allowed in house number 51 – not even the police with their fire investigators.

Neighboring houses may be entered in part

The entire area around the house is cordoned off. It is different with the two neighboring buildings. A neighboring house is also uninhabitable, but in consultation with a security service, residents are occasionally allowed in to look at their apartments and maybe pack their belongings. The amount of the damage is not yet known. With a drone, the damage was only assessed from above on Sunday morning.

Cause of fire still unclear

In the meantime, many residents have stayed with friends or family. Others are being housed by the Altona district. It is still completely unclear whether one of the buildings might even have to be demolished in the long term. The cause of the fire is also unclear. The police have so far had no evidence of arson. The only thing that is certain is that the fire broke out in an apartment on the fourth floor of house number 51 and then spread through the roof to the neighboring buildings.

AUDIO: Fire in the Schanzenviertel: finding the causes (1 min)