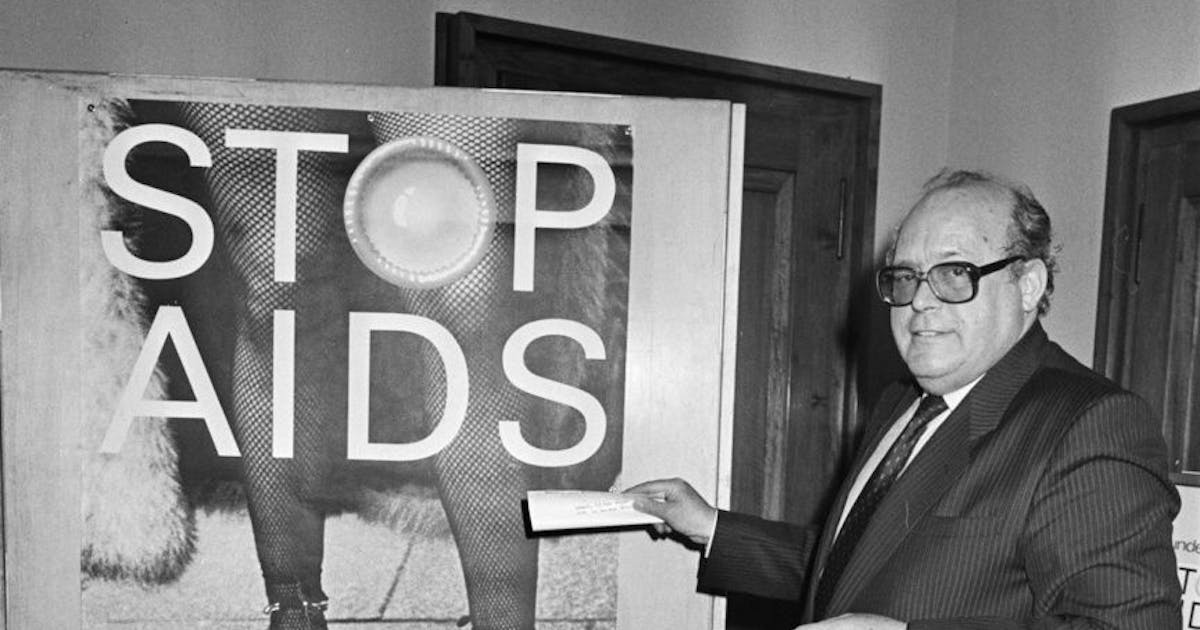 An HIV diagnosis is still a shock for many people. Thanks to medication, a reasonably normal life is now possible. But the fear of exclusion makes life difficult for many.

When there is a visit in the house, hide the medication. Making excuses for colleagues because of the regular check-ups at the doctor. In the parking lot in front of the HIV clinic, make sure that nobody sees you. This is the life of Anja, who found out in 2014 that she is HIV positive.

“It’s like a double life,” says the 41-year-old German. Forty years ago, on June 5, 1981, the CDC first reported the mysterious new disease. Too little has changed in terms of the discrimination that many of those affected were confronted with afterwards.

The mother of two small children from Hessen is called Anja. Only her husband, who is also HIV-positive, knows about her infection. She wants to go to hospital when she was brought in by ambulance with a broken bone and the paramedic yelled at her in the emergency room, where she said the infection was, what she thought she should have said immediately.

She doesn’t have to, Anja knows. If the HIV infection is treated well, the viral load is so low that it can no longer be detected. In this way, HIV-positive people cannot infect others. The matter is not an isolated case: According to a survey by the German Aids Aid, a good half of those who are HIV-positive still experience discrimination.

READ  'Large flu wave next to corona in the autumn' – Wel.nl

There were around 38 million infected people worldwide in 2019. Around 16,700 people live with the virus in Switzerland. Almost 100,000 people were living with HIV / AIDS in Germany at the end of 2019, and according to estimates by the Robert Koch Institute, almost 11,000 of them do not know about it. If left untreated, HIV infection will weaken the immune system so severely that life-threatening diseases will develop. One then speaks of AIDS (acquired immune deficiency syndrome).

«People who live with HIV are confronted with this problem every day: ‘Am I telling my employer, my friends, am I hiding the medication from the children? What if I get to know someone, should I say it right away? ›», Says Annette Haberl from the German AIDS Society. There are still prejudices in the medical field as well. «Finding a dentist can be difficult. And there is always the fear of rejection that accompanies people. “

Anja sometimes thinks about speaking openly about her infection. “But when you are treated as if you had the plague? What if the children are treated like lepers? It’s difficult for someone who has to struggle with such fears, ”she says. “You are so mentally unstable that it would be an imposition.” Despite the good medication, there is still fear that the disease might break out.

“Stigma and discrimination are one of the reasons why the HIV pandemic is not over after 40 years,” says the German virologist Hendrik Streeck. He speaks of a sad milestone. “We could contain the pandemic much better than we are.” In many countries, people who are infected with HIV or have an increased risk of infection have to live in secrecy.

READ  Arôms Natur helps you to have a balance for your health, for your physical and for your emotional well-being

Many did not allow themselves to be tested out of fear and concern about the consequences, or there are hardly any test options. “There are currently too many infected people who can pass the virus on.” In Eastern Europe and in countries such as Egypt, South Sudan and Pakistan or in West Africa, the number of new infections continues to rise. Particular risk factors are unprotected sexual intercourse and sharing syringes while using drugs.

The consequences of the corona pandemic on HIV infections cannot yet be foreseen, said Streeck. In many places, fewer people would have had their tests and many would no longer have received their medication on a regular basis. That could lead to many new infections and many people could become seriously ill.

How is it that a vaccine against the coronavirus was developed so quickly, but not against the HI virus in 40 years? It is about different types of viruses, says the virologist Josef Eberle from the Max von Pettenkofer Institute for Hygiene and Medical Microbiology in Munich.

The coronavirus also changes relatively slowly, while the HI virus changes very quickly. “In just four to six weeks, as many variants develop in a single HIV-infected person as in the coronavirus worldwide not in a whole year,” says Eberle. On the other hand, in the case of the coronavirus, antibodies can be “stuck” like stickers on the key of the virus for the cell, which prevents penetration. “With HIV, on the other hand, the surface proteins are well hidden on the virus,” says Eberle.

READ  Multiple sclerosis: those patients for whom the anti-covid vaccine does not work

“The children saved my life”

Once HIV is in the body, you can’t get it out – even if it can be suppressed well with medication, explains the expert. The blueprint of the virus remains in long-lived cells. The coronavirus is different: “It has to multiply constantly, otherwise it will die out.”

Eberle doubts whether there will ever be HIV vaccines. Streeck is more confident. Some HIV vaccine studies are ongoing. “Of course, the HIV pandemic is better contained if we have a cure or a vaccine,” says Streeck. “But both are still a long way off.”

Anja would like more reports and talk about HIV, that people learn that there is no danger from HIV-positive people. In the medical field there must be better training. She herself felt the diagnosis at first “like a death sentence”.

She cursed her husband who infected her. She, too, first had to break down prejudices and learn to live with HIV. “The children saved my life,” she says.