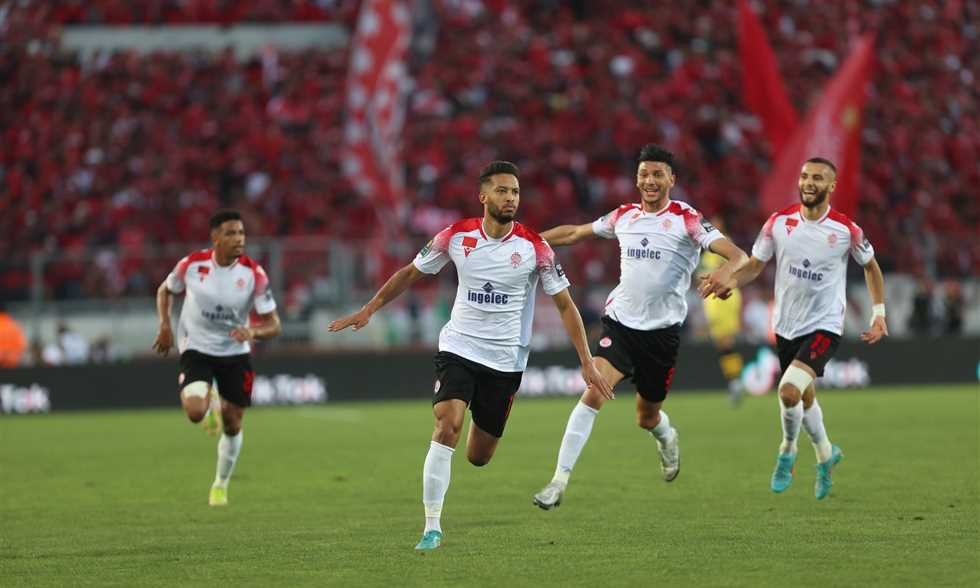 FilGoal | News | Wydad coach talks about half of the Egyptian national team, confronting Musimani, and ignoring his wife’s opinion

Walid Rekraki, coach of Moroccan Wydad, spoke about how difficult it was to win the African Champions League at the expense of Al-Ahly, which includes a large number of Egyptian players.

Wydad was crowned CAF Champions League champions for the 2021/2022 season after defeating Al-Ahly in the final with two goals without a response, in the match that was held at Mohammed V Stadium in Casablanca.

Regraki said in statements published by the Moroccan championship website: “Al-Ahly is a strong team that includes players, half of whom succeeded with the Egyptian national team in excluding the Moroccan team from the last African Nations Cup.”

He added, “Pitso Mosimane is my friend and I was happy to meet him. When you face a coach who has won the Champions League 3 times and is in the fourth final for it, you must be suspicious given that he is used to matches like this.”

“The team that wanted the most was the one who played positively,” Rekraki explained.

He stressed, “The players deserve the title, after we faced Al-Ahly in the final, and qualified at the expense of Chabab Belouizdad, the Algerian champion, Petro Atletico, the champion of Angola, and then Zamalek in the group stage. Our journey was wonderful this season.”

And he continued, “I am happy with what Zuhair Al-Mutarji did, who scored two goals, because I know that he went through difficult circumstances. What he did against Al-Ahly confirms to the young players that hard work leads to success.”

“I came to Wydad in order to win the Champions League, and when the club president told me that we would not be able to sign new players in January, I told him that we would adapt to it.”

Regraki continued, “We have only achieved the first step. We still have the League and the Throne Cup. We will fight to win the historic treble, although the task is not easy.”

He concluded, “Everyone told me that I always work in good conditions, that I have a lot of luck and work without pressure. I decided to train Wydad, even though my wife refused to train in Casablanca because of the pressure of responsibility, but I like the challenge.”

Wydad deprives Al-Ahly of the treble

Wydad coach: We were Real Madrid and Al-Ahly is Liverpool

Postponing the historic achievement of Al-Ahly

Official statement regarding the chaos of the Champions League final