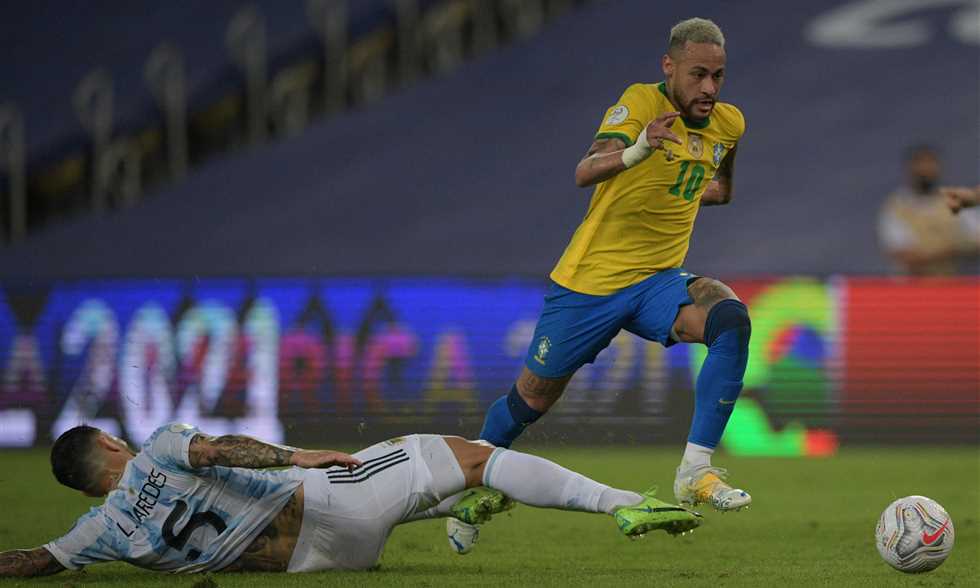 FilGoal | News | Thiago Silva to Neymar: Join us at Chelsea

Chelsea defender Thiago Silva has asked his Brazilian compatriot and Paris Saint-Germain player to join the English team during the current summer transfers.

“If that happens, it will be for the better,” he added. “Neymar does not need any comment on him.”

Before he added, “But so far I don’t know anything, but I hope it pays off.”

These statements come in the wake of widespread speculation about Neymar’s departure from Saint-Germain this summer.

And the French radio “Radio Monte Carlo” reported that Neymar is considering leaving Paris, after the club owner Nasser Al-Khelaifi’s comments about him.

Neymar arrived at the Parisian club in the summer of 2017 from Barcelona in a resounding deal as the most expensive player in history, after Saint-Germain paid his penalty clause of 222 million euros.

Behind the scenes of Qatar Show by Badr Banoon

Gil Vicente announces the departure of Soares and his assistants

What did Nassar Al-Adly say about his legendary goal?

Close agreement between Manchester and Barcelona