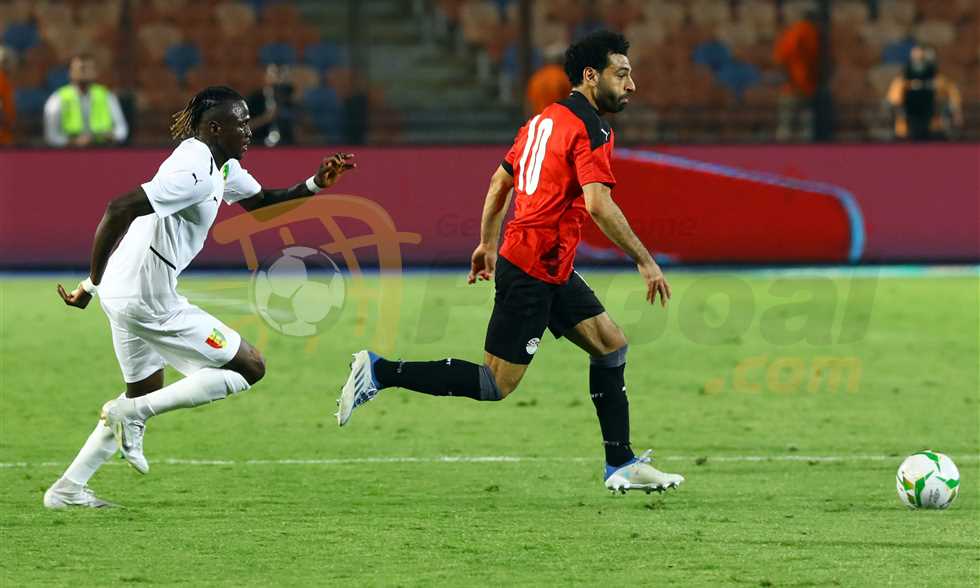 FilGoal | News | The national team doctor responds to whether Salah played injured against Guinea.. and what happened to Elneny, Hegazy and Trezeguet

Mohamed Abu El-Ala, the doctor of the Egyptian national team, revealed the details of the injuries of Mohamed Salah, Mohamed Elneny, Ahmed Hegazy and Mahmoud Hassan “Trezeguet” during the last Pharaohs camp to play the matches of Guinea, Ethiopia and South Korea.

Abul-Ela spoke to “On Time Sports 2”, saying: “Salah’s injury began in the FA Cup final in the adductor muscle against Chelsea.”

He continued, “Then he played a match against Wolverhampton and then the Champions League final against Real Madrid, and all of that happened in a 14-day period, and there is a statistic indicating that Salah is the second most player in the world in minutes, and we did not make that statistic, but rather we read it.”

And on whether Salah was completely healthy to play the Guinea match, Abul-Ela replied, “No person is 100% healthy, but the question is whether he is ready and can he prejudice himself and that there is no risk to him or not.”

And he added, “The club saw that Salah could only play one of two matches, and we agreed to play him against Guinea only because he would not be able to travel on a long and arduous journey.”

When asked whether Salah was suffering from a strain, he answered decisively, “If he suffers from a strain, it is impossible to play, but it is stress, and the time difference between the two matches is small and the travel is a long period.

And he stressed again, “Salah could not play another match three days after the Guinea match.”

And about Ahmed Hegazy, the former team doctor said: “Ahmed was injured with us on January 30 in the African Nations Cup, and the first match he played after that was on May 23, meaning that the time difference was close to four months and he suffers from a rupture of the connective muscle tendons.”

He continued, “Hegazy joined the camp and we assessed the situation, but can he play at the level we want, and did he play two games with his team, then three with the national team, and then other matches with his team that puts him at risk? The answer is yes, and for us, he was not ready for the team’s requirements.”

And he added, “Hegazy is currently working well with his team now, and he is playing friendly matches, and in these meetings the physical load is not great, and therefore he is grading in level to avoid injury.”

As for Muhammad Al-Nini, he revealed, “Al-Nini hit a ball and complained of pain, and we found him suffering from a strain in the front muscle.”

And he added, “We are in the month of 6, and this is normal, and after my two matches in Senegal, I think he played most of the Arsenal matches and the June camp. This is a normal thing in him, and I expect many injuries.”

When asked about what was being raised about Salah and Hegazy’s claim of injury to avoid playing matches, he answered decisively, “I was afraid that we would take a decision about Salah and Hegazy and things would worsen after that, and they were never late, and whoever accuses each of them of claiming injury, look at their history first.”

As for Trezeguet’s injury, he said: “During the warm-up period, he felt suspicious of his foot, and after examining him and taking x-rays, we found him suffering from tendinitis of the back muscle.”

And about Fattouh, he said: “He had a traffic accident and had a head wound and swelling, and there was a suspicion of concussion, and after five days passed, he joined the camp and we performed two smears for him to detect the Corona virus, but he was not ready to play.”

Odeh raises the “fourth referee board”