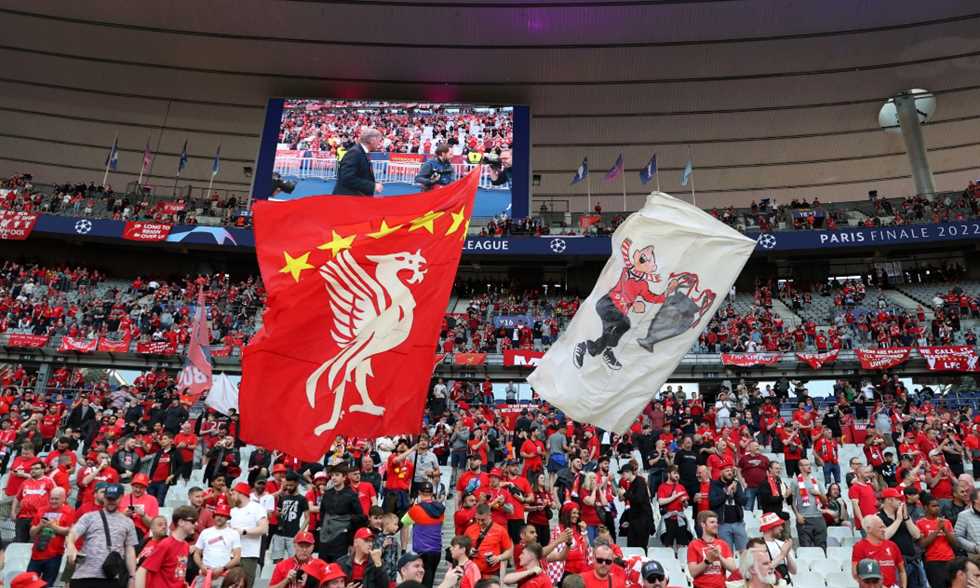 Liverpool fans in the Champions League final against Real Madrid

Amelie Odea Caster, the French Minister of Sports, revealed the main cause of the riot that accompanied the Champions League final between Real Madrid and Liverpool.

The start of the match was delayed for 36 minutes due to riots outside Saint-Denis stadium in Paris, which hosted the match. (more details)

The French sports minister blamed Liverpool for the chaos, telling RTL radio: “Liverpool has failed to organize its fans coming to Paris.”

“Around 30,000 or 40,000 Liverpool fans were carrying fake tickets or came without tickets to watch the match,” she added.

“We have to see where those fake tickets came from and how they were produced in such large numbers,” she said.

And Liverpool completed a request from the European Football Association (UEFA) not to adopt mobile applications regarding entry, but rather paper tickets.

“I am not worried about hosting the next tournaments, I am committed to learning all the lessons from what happened on Saturday night to improve everything,” she added.

The French government was subjected to a wave of criticism against the background of the events, and it multiplied after riots occurred after the match between Saint-Etienne and Auxerre last Sunday in the match of the play-off to guarantee the promotion. Entry to the dressing room.

France is preparing to host the Summer Olympics in 2024 as well as the 2023 Rugby World Cup.

Real Madrid won the 2022 Champions League after beating Liverpool 1-0 in the final.

See also  Klopp is "crazy" for Darwin Núñez, and Manchester United is not resigned to losing him

Al-Ahly denounces the actions of the Moroccan security, and enough pledges to solve the crisis

Murtaji: Everyone works for Wydad.. The security told us, “It is not enough.”