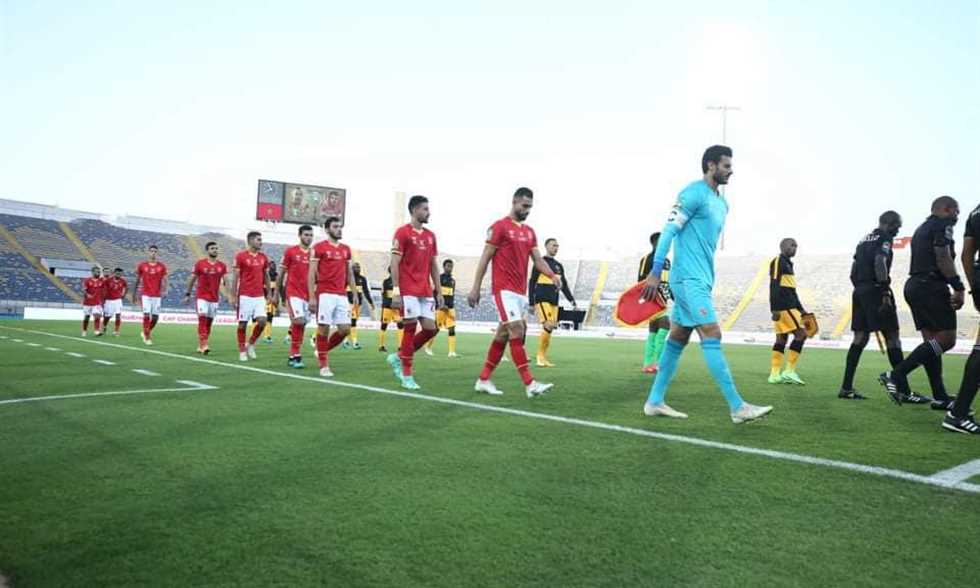 presents to you FilGoal.com Live coverage of the Al-Ahly match and Kaizer Chiefs in the African Champions League final.

It’s over.. Al-Ahly is the African champion

Q 89: 3 changes for Al-Ahly, with Kahraba, Ajayi and Salah Mohsen coming down instead of Afsha, Muhammad Sharif and Badr Banon.

S 82: Akram dribbles and shoots a passing ball higher than the post.

S 80: A fixed kick carried out by Billiat, and Al-Shennawi takes it away with his fist

S 67: A second change for Al-Ahly with the arrival of Taher and the participation of Aliu Diang

S 64: Gooooooooooooooooool second to Al-Ahly from a quick rebound up to Taher, who passes to Afsha, and then to Sharif, who returns the ball to Afsha and hits a wonderful ball that lives in the net.

S 59: A second change for Cair’s Chiefs with Bloom’s exit.

S 56: Taher misses the opportunity for the second goal and the defender gets distracted before he shoots from inside the area.

S 52: A two-way game between Afsha and Sharif, but Afsha’s shot is far from the goal.

S 48: Al-Shahat dribbles the Kaizer Chiefs defender twice and hits a ball that the defense has left for a corner.

Q 46: The descent of Khama Billiat instead of Ngobko

beginning of the second half

The end of the first half

S 45+1: Red card to Hapi Macciani after the referee returned to VAR.

S 45: Happy Maciani gets a yellow card after a strong intervention against Akram Tawfik.

S 44: Between Al-Shahat to Sharif, who is alone but fails to dodge the goalkeeper and the ball goes out for a goal kick.

Q 38: A shot from Afsha passes higher than the crossbar.

S 35: Dribbling by Al-Shahat and Binya Maaloul, who sends a cross, but the goalkeeper blocks it

S 32: A quick rebound for Al-Ahly is not completed after the Al-Shahat cross and the defense is dispersed.

S 24: A shot from inside the penalty area on the bird for Afsha passes next to the post.

S 21: A yellow card for Ayman Ashraf after he interfered with the Kaizer Chiefs striker.

S 21: A corner for Al-Ahly and a cross that reaches Al-Shahat on the edge of the penalty area, but his shot comes higher than the post.

S 16: A longitudinal ball reaches the left side, and then it reaches Norkovic, who shoots a ball from the edge of the penalty area, but Al-Shennawi steadily tackles it.

Q 4: A cross from Maaloul, but the header of Al-Soliya comes easy in the hands of the guard,

S 2: A quick start for the South African team and a first corner.

start of the match